How to Reduce Motion Sickness in Virtual Reality 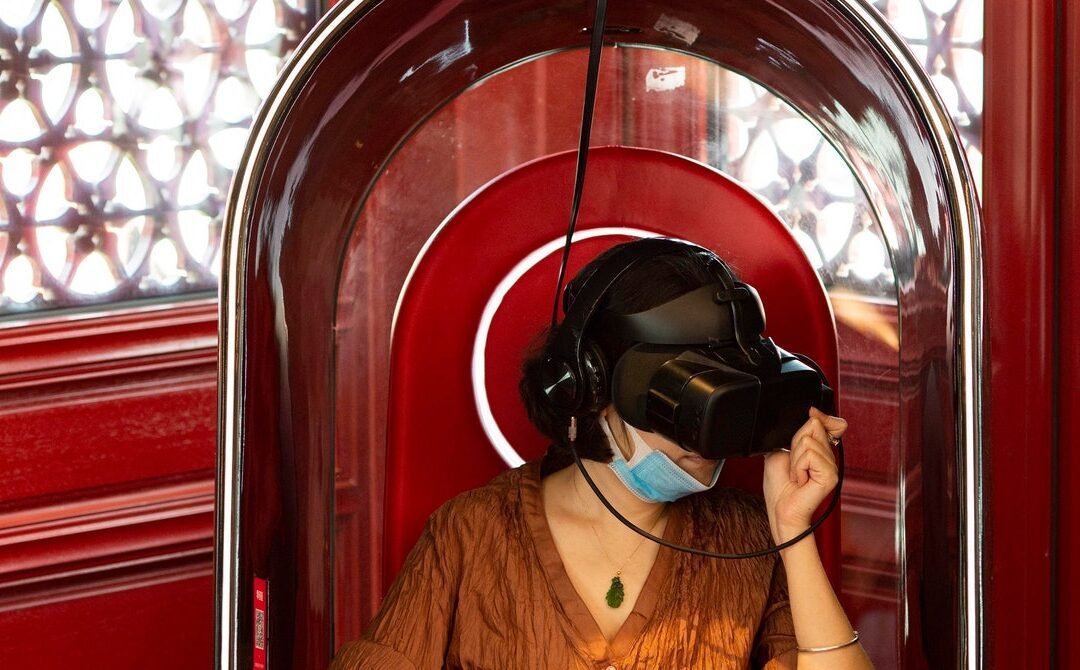 VR is more accessible than ever, thanks to affordable, stand-alone headsets like the Oclulus Quest lowering the barrier to entry. And from addictive games like Beat Saber to immersive story-driven games like Half-Life: Alyx, there’s plenty to keep you busy in your virtual world.

Unfortunately, VR still comes with a few downsides, with one of the most notable being motion sickness. Even if you aren’t the kind of person who gets motion sick on a boat or airplane, some VR games may make you feel dizzy or nauseous, ruining what should be a fun experience.

Experts think motion sickness is primarily caused by a mismatch between cues sent to your brain. If your eyes see one thing and your inner ear is experiencing another, you might experience nausea, explains Adrian Priesol, an otoneurologist in the Division of Vestibular Disorders at Mass Eye and Ear. “Sitting in the back seat of a moving vehicle maximizes this sensory mismatch and can make symptoms worse,” he explains. “In the case of VR, the sensory mismatch is the converse: Visual stimulation is sending a signal to the brain that the person is in motion, while balance organ signals indicate the person is not.”

You may be more likely to experience this in certain virtual-reality games than others, depending on how the experience requires you to move. Almar Suarez is the R&D manager at Tapptic, a European digital agency focusing on innovative mobile apps, VR, AR, and other connected experiences. In some of their experiments with VR, they found that motion sickness was especially common in environments most of us aren’t used to—think zero-gravity games (like ADRIFT) or vertigo-inducing scenarios (like The Climb). It can also happen if your frame rate is too low, which may be a problem on less powerful PCs.

From my own experience—I’ve owned and reviewed a number of VR headsets as a tech writer—games that require control sticks to move get me feeling nauseous. If I move with my body alone, like in Space Pirate Trainer or Superhot VR, I’m perfectly fine—but throw me into Skyrim VR and I feel like I need to lie down after a few minutes.

You can, however, mitigate some of these symptoms. First, says Suarez, make sure your lenses are clean and that your IPD (interpupillary distance) is set properly on the headset, if it offers IPD adjustment. If you wear glasses, you can often find this value, in millimeters, on your prescription. If you don’t, you may just have to adjust it while in-game to find the right setting.

Speaking of glasses, if you can’t wear contacts, try to accommodate your glasses in the headset by adjusting the strap or using a glasses spacer on a headset that offers them (they may be sold separately). Oh, and make sure the headset is comfortable and that your PC—if you’re using one—is capable of running the games at a high enough frame rate. Sixty frames per second is good, but the higher you can go, the better. Most of the big-name headsets can display 90 frames per second or higher.

Once you have the basics out of the way, you can start digging into your games’ settings. “The best way to avoid sickness is to use the control schemes that work better for each particular type of experience,” explains Suarez. “In general, standard video game [thumb stick] controls are the worst of them all, especially when trying to turn your view. It’s more natural to just turn your head.” Try to turn your body instead of using the thumb stick whenever possible, and if your game offers an option to switch to teleportation mode—where you point to where you want to move and appear there instantly—it can reduce motion sickness quite a bit, even if it’s a bit less immersive.