If Someone Is Typing, Then Stops … Can I Ask Why? 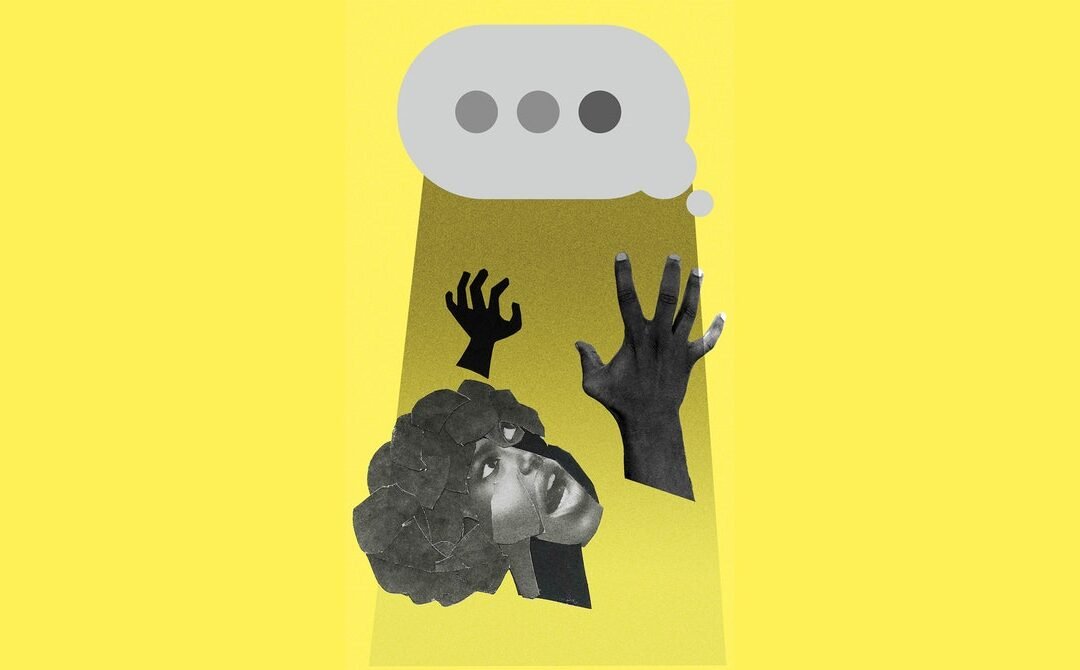 I’m kind of an anxious, obsessive texter. I never quite know what to say, but the worst is when I see someone typing—in iMessage, in Slack, whatever—and then they stop typing. And ultimately send nothing! What were they going to say? Am I allowed to ask? Surely I’m allowed to ask.

You’re certainly not alone in dreading this quirk of digital communication. The ellipsis, one of the most common indicators that someone is typing, is meant to create a sense of anticipation, recalling the pauses in fictional dialog or the ominous cliffhanger (to be continued …) that begs us to follow the dots, like a breadcrumb trail, to the narrative’s conclusion. To watch the symbol disappear without the expected message is to experience the sinking disappointment we associate with paywalled articles and unresolved television seasons—stories without ends—and the absence of resolution can breed paranoia. Perhaps your conversational partner got abruptly distracted in the middle of her text. Perhaps she is obsessively rereading what she just wrote, weighing whether or not to press Send. Perhaps she was about to tell you, finally, what she really thinks of you, but at the last moment reconsidered. The ellipsis is also used in print to signal an omission, and it’s this latter usage that comes to mind when the typing stops and no message arrives, leaving you with nothing more than the knowledge that the words signified by those three dots were deemed unworthy of your attention—or worse, you were deemed unworthy of them.

In-person conversations contain a rough analogue: Your conversational partner opens, then closes their mouth without uttering the intended thought. Most people will tell you it’s entirely appropriate in such moments to ask, “What were you going to say?” Perhaps the person even stopped themselves in the hope that they’d be prodded to continue. It’s a mistake to think of reticence as the absence of communication. Silence can express volumes, and in our age of endless chatter, the refusal to speak sends a powerful message. The aborted text is more runic, of course, given that you have no visual cues—facial expression, body language—to guide you. And I suppose it’s also more upsetting than its real-life parallel because the words have, in a way, already been uttered. The person who stops themselves before speaking may be dismissing an inchoate thought, but with the undispatched text, at least part of the idea has been articulated and exists (or did exist) in the real world. When you’re unable to access those words, you feel cheated.

It seems to me that your query, far from being a simple matter of digital etiquette, raises a much larger question about whether it’s appropriate for a person, in all cases, to say what’s on their mind—and also whether we have an unqualified right to know what others are thinking and feeling. Your impulse to ask what your interlocutor was about to say reflects, in part, the legacy of psychoanalysis and modern therapeutic culture, which has conditioned us to see reticence as evidence of repression, or self-censorship. Freud believed that hesitation was a form of resistance—an attempt by the unconscious to protect itself—and it’s still largely an unquestioned belief that expression, whatever its content, is a salubrious form of release. We are only as sick as our secrets, as the saying goes. What remains unspoken will fester in darkness.

This burden to express oneself is intensified by digital platforms, which depend on user engagement and frequently enjoin us, like well-meaning friends, to tell the world what we’re thinking. In fact, it’s difficult to spend any amount of time online without being asked to divulge the contents of your interior life: what you are reading, watching, and listening to; your thoughts about the advice column you just read; your feedback on the most tedious consumer experiences. That anyone is free to ignore this coaxing is a mere technicality. You can only remain silent for so long before you begin to see yourself as a standoffish boor or a hopeless elitist, hoarding imaginary pearls from the masses of swine.

Self-expression has not always been deemed an absolute virtue. The duty to speak the truth does not mean (to paraphrase Voltaire) that every truth should be uttered, and it’s possible, even, that there’s an inverse relationship between maundering and meaning. “Words are like leaves and where they most abound, much fruit of sense beneath is rarely found,” Alexander Pope wrote in his 1709 “Essay on Criticism.” Reticence—the capacity to weigh one’s words and dispatch them sparingly—is a virtue lauded in the Koran, the Torah, the Dhammapada, and other religious literature. Many of these texts describe words as powerful instruments, likening them to swords, or arrows. The author of the Book of James compares the tongue to the bit that steers the horse or the rudder that guides a ship. These technological metaphors are meant to emphasize that the words we utter, like the tools we create, have the power to amplify our virtues and our vices, and must therefore be regarded with caution. (It’s telling that more recent technological metaphors describe not speech itself but the person who speaks too much—the chatterbox, the motormouth—suggesting, perhaps, that babbling mechanically risks turning us into machines.)

I’m not going to tell you that you should never ask what someone was about to say. The contexts are too multiple for uniform advice, and part of the work of social life involves identifying the communication styles of others, considering their motives, and diligently reading between the lines—skills that were once known, simply, as listening. I will, however, ask you to consider that the unsent text might be a blessing. No relationship, no matter how robust, can survive the glare of unmitigated frankness, and we should all be grateful for the friend who is willing to pause and reconsider the prudence of their words. In other cases, the dissolving ellipsis may signal a more subtle act of kindness, sparing you the exertion of having to read and respond to yet another half-baked take. Divulging every thought, dispatching every piece of helpful content, is not a moral good at a moment when the demands on our mental engagement are everywhere and unceasing. “Sharing,” once considered a form of generosity, can easily become an expression of greed in information economies, where the scarcest resources are attention and time.

At the risk of veering into the abstract, I’ll conclude by reminding you that information, in its truest and most technical sense, depends on a process of elimination. Each time we speak, or type a sentence into our messaging app, we are not only choosing specific words but, more importantly, excluding all the words we could have chosen. This was the crucial insight that led Claude Shannon to create information theory, the framework that is responsible for the entirety of the digital age. Shannon described information as the act of selecting one message “from a set of possible messages.” This is how we create meaning: through acts of omission. We live in a universe of chaos and disorder, a world in which entropy is forever threatening to drown the signal in noise. The paradox of modern communication is that intelligible discourse relies on deliberately choosing our words. The willingness to omit what is unnecessary is crucial to making our voices heard.

This article appears in the April 2022 issue. Subscribe now.