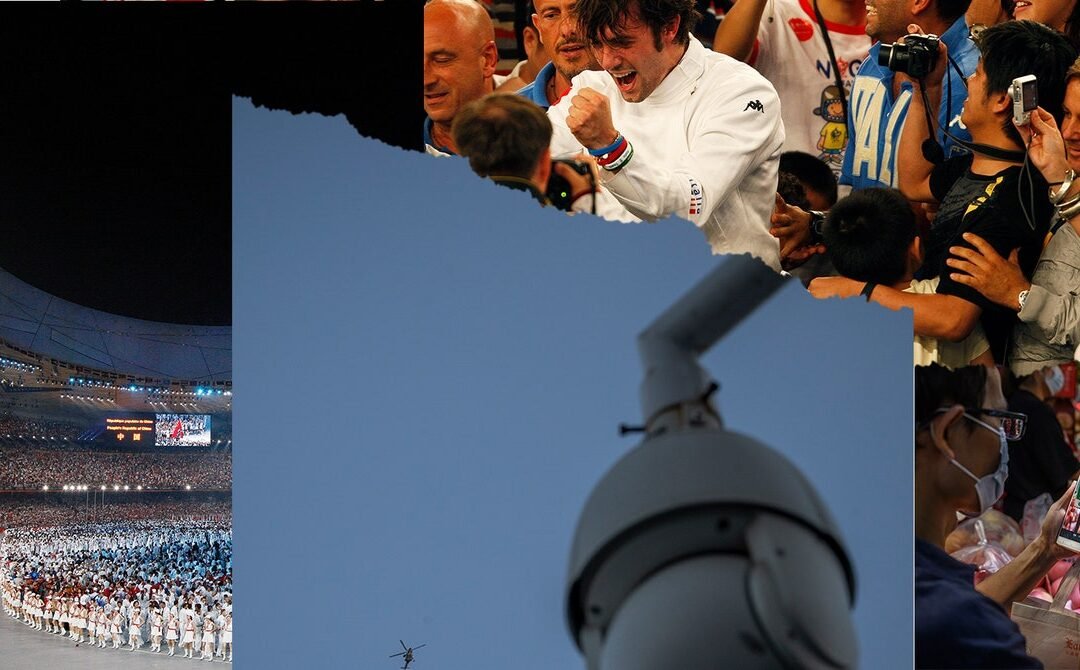 Offline, journalists figured out ways to travel around the country, aided by loosened rules around foreign reporting. “In 2008, the authorities perceived that they needed us more than we needed them and proceeded accordingly,” says a longtime correspondent for a US media outlet who covered the 2008 games.

Journalists needed to be mindful of protecting their sources and avoiding local officials who didn’t take kindly to strangers poking around, but fairly simple tricks were often enough to slip through the cracks: leaving your cell phone at home and calling sources on pay phones; meeting in hotels or restaurants in another city; slumping in the backseats of taxis.

Today, visiting athletes from several countries have been advised to use burner phones, and taking clean devices is common—though not always followed—advice for anyone heading to China for a business or academic trip. Digital services have been adopted with such gusto it’s almost impossible to operate without a cell phone loaded with WeChat—which also means it’s almost impossible to get around without leaving a trail of digital breadcrumbs anywhere you go. The last time I traveled extensively in China, in 2016, store clerks were confused, disgusted, and sometimes had to call someone else over if I wanted to pay with cash. Friends who ordered taxis for me refused the bills I tried to hand them.

And pandemic control measures have been “Big Brother’s best friend,” in the words of one correspondent. To get around China today you need a health app, used to scan a QR code to enter shopping centers and large apartment complexes or to take public transportation. There are reports that results may have been manipulated to keep dissidents from traveling. And in a member survey by the FCCC, 52 percent of respondents said they “were told to leave a place or denied access for health and safety reasons when they presented no risk.”

“The 2008 games were, in effect, the end of the analog era in China. It was a period when the police—and the government more broadly—was on its back foot in terms of dealing with technology,” says Evan Osnos, who lived in Beijing from 2005 to 2013 as a correspondent for The Chicago Tribune and The New Yorker. “As a journalist, that meant that we had this vast terrain geographically of places you could go, and also intellectually, a realm of people you could talk to, and be reasonably confident that they would not be getting in trouble for talking to you.”

It’s easy to forget how on edge China was in the lead-up to the Olympics—and how much access foreign press was granted when challenges arose. Protests broke out in Lhasa soon after I arrived in March, and foreign media outlets printed eyewitness accounts. Then, on May 12, less than three months before the Opening Ceremony, I was sitting at my desk at a copywriting job when the room started to move. The tremor we felt was the result of an earthquake 1,000 miles away in Sichuan. The scale of destruction was horrific, and citizens were angry about the poor quality of school construction that led to so many children dying.