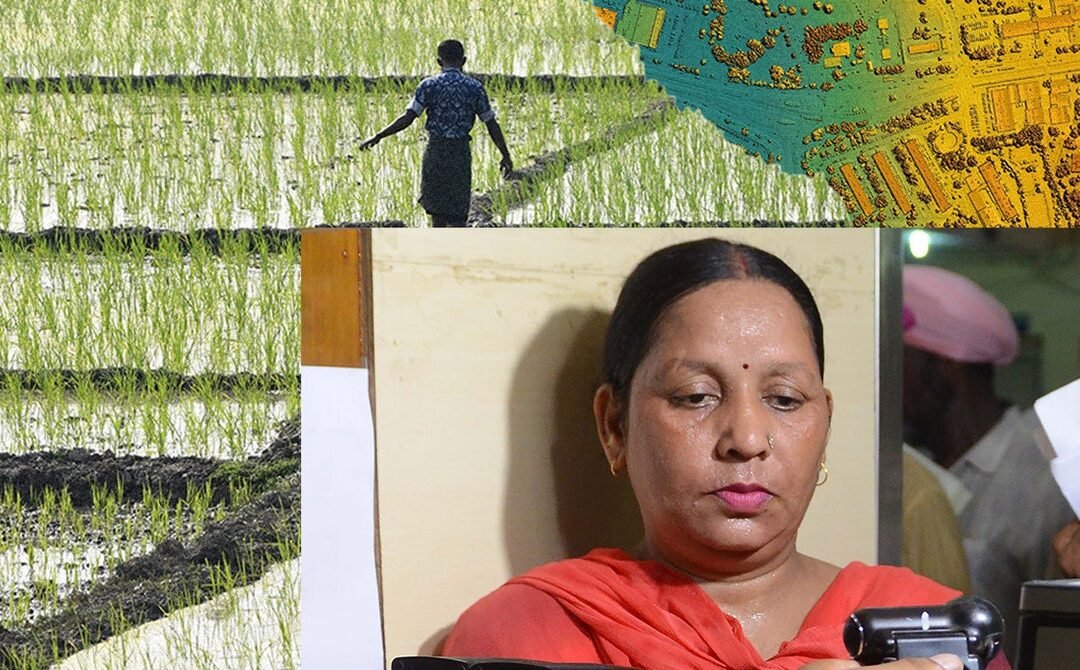 The geospatial data regulations are part of a bigger picture. They’re the latest in a series of reforms—land reforms, proposed farm laws, amendments to the Forest Act, new drone regulations and land digitalization schemes—that are all positioned as being beneficial to individuals, but which make it easier for private corporations to enter these sectors.

In the past decade or so, successive governments have promised prosperity via “digital governance” in order to coerce more and more Indians into giving up their data—personal and otherwise—ostensibly for their own good. Schemes like Aadhaar, a unique biometric-based ID; AgriStack, a collection of technologies and digital databases about farmers and farming; the Health ID; and others have resulted in massive, digital databases. Though specialized for different things, when these databases are interlinked, they form a powerful digital superstructure—with unchecked scope creep, no data protection laws, and sketchy regulations on the use and access to that data. With geospatial data now up for grabs, there is no clarity on how this might be integrated or correlated with the other existing databases.

So while these companies can extract land data and use it to make money, the marginalized folks who live in these areas and earn their living from the land are pushed further to the peripheries. The further the private sector advances into indigenous lands and into the lands of small farmers, the more the former’s control over the land and its resources grow. This is happening, for example, in the southern state of Andhra Pradesh, where the government’s plan to lease out inland waterways to private companies risks the livelihoods of local fishers.

Another example of how this plays out, explains Srikanth L. of the consumer collective Cashless Consumer in a tweet thread, comes from the Survey of Villages and Mapping with Improvised Technology in Village Areas (Svamitva), which aims to chart land parcels in rural, inhabited areas using drones.

Svamitva grants whomever is currently living in a particular rural area an official title to their property, which would serve, Singh writes, as collateral for loans. (Landownership in India can be complicated because of systems created during colonial rule, along with legal gaps and poor administrative record-keeping.) Srikanth, however, is skeptical. “That’s not to say that this can’t happen,” says Srikanth. “It will happen, but not for everybody—maybe for the early adopters.” This is because rural borrowers tend to be outside the formal banking system, sometimes even unaware of waivers and credit schemes they might be eligible for, and depend largely on informal credit.

Yet while the promised collateral system will likely not work out, Svamitva could become the umbrella under which the infrastructure for drone surveillance is brought in. The Indian government is set to fund a network of continuously operating reference stations (CORS)—a kind of “highway” for drones to fly autonomously and do their surveying—to support Svamitva. Srikanth believes that the Svamitva scheme uses the “low-hanging fruit” of surveying residential rural land to venture into drone technology. Surveying residential land is “slightly less political than to, say, go after agricultural land,” he says, and when technologies like drone-based deliveries, imaging, and photography become possible, CORS ends up being a key infrastructure that the state has invested in.

That these geospatial data regulations come alongside recent corporatization and privatization in mining, defense manufacturing, civil aviation, space exploration, and more is probably not a coincidence. Private companies will be lining up to provide the back-end technologies. For geospatial data collection, too, somebody will have to provide the back-end technology—operate the drones, map the data, issue property cards, and so on.