Is It OK to Listen to a Butt-Dial Message? 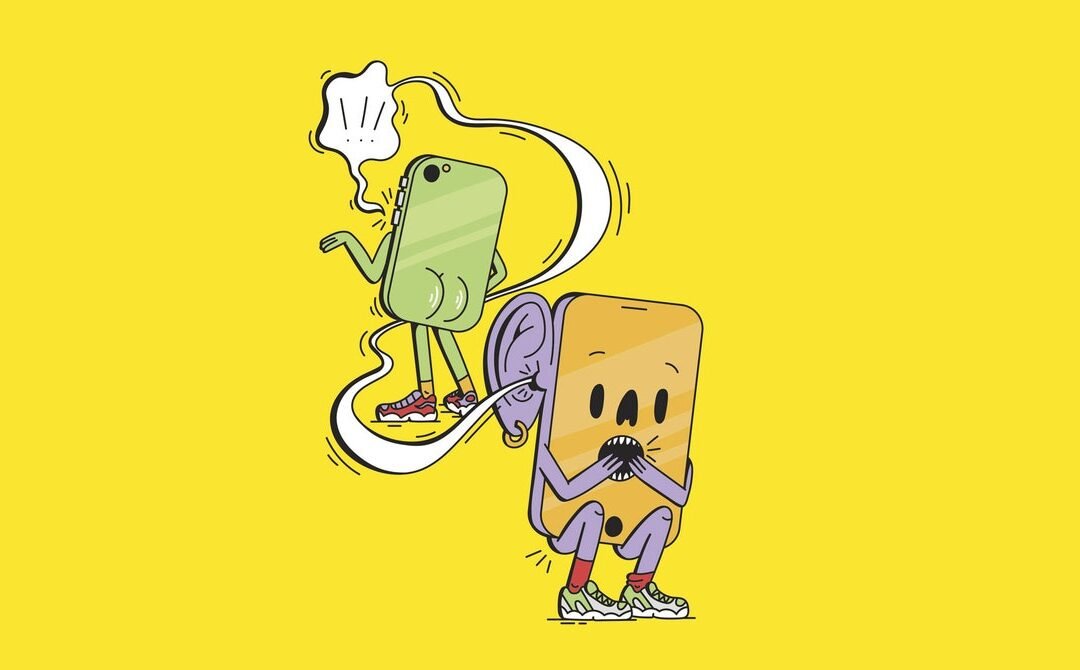 A couple times a month, my mom, or sometimes my dad, butt-dials me and accidentally leaves a voicemail that is several minutes long. I always listen to the entire thing, even though I’ve never overheard anything interesting. Why do I continue to do this? And is it OK to eavesdrop on people’s lives without their knowledge?

The butt-dial voicemail is the most aes­thetically underrated artifact of our time. Years from now, when cell phones are relegated to the museum of technological obsolescence, we will finally recognize the strange beauty of these ghostly dispatches, recordings captured without human intent, wisps of life that occasionally rose to the level of art. The muffled, vaguely sonographic rustle of a pocket, or a purse. The familiar voices that seem to be speaking from the depths of the ocean. Everyone listens—how can you not? There is always the possibility of emergency. Someone has fallen and is lying, helpless, unable to speak. A thief has broken into the house and your loved one is crouched in the closet, afraid to whisper for help. Voicemails, after all, are messages, and you wait in vain for the missive long after it’s clear that there is none, that there is only the crunch of footsteps across gravel, the buzz of an electric razor, the unmistakable sound of your mother’s laughter, reaching you for no reason as you sit at your desk on the other side of the country, eating lunch in the glow of your Twitter feed.

That’s not to say there isn’t some garden-variety voyeurism at play. Overhearing some revealing tidbit—perhaps even about yourself—is always a non-negligible possibility. Pocket-dial voicemails belong to a larger category of technological seepage that, as far as I know, doesn’t have a name. Let’s call it “accidental surveillance.” Long before cell phones, car radios occasionally picked up the voices of truckers talking over CB. Before that, there was the party line, its circuit running through several households, carrying gossip and intrigue through the neighborhood. In John Cheever’s story “The Enormous Radio,” a couple discovers, much to their amazement, that their new radio intercepts conversations taking place in other apartments in their building. Instead of Mozart and news briefs, they turn the dial to hear marital spats, bedtime stories, the feverish tail end of a cocktail party. The wife becomes obsessed with listening in on the neighbors, much to her husband’s chagrin. “It’s indecent,” he says. “It’s like looking into windows.”

Perhaps these examples strike you as quaint. What appeal, after all, can voyeurism still hold in an age when people gladly throw open the curtains? The windows we peer into are seemingly endless, opening onto the bedrooms of celebrities, the cabins of private yachts, the breakfast spread of British royals—images that appear in the feed alongside the intimations of ordinary mortals: the post-chemo haircut modeled by your former boss, the positive pregnancy test proudly brandished by your high school nemesis. I suspect, Scuttle Butt, that there is some measure of guilt—or fear of ingratitude—contained in your question. It cannot but seem greedy to crave yet another peek into the lives of others when you can, with a few clicks, be privy to so many intimacies.

Maybe there’s a paradox at play. It has become something of a cliché to point out that the technologies designed to connect us end up creating more alienation and loneliness. Perhaps it’s also true that the plasticine flavor of self-presentation has made us more hungry for the raw material of lived experience—not the curated aura of intimacy, but what might be called the “deep private,” glimpses into lives as unvarnished as the one you actually live. Given that this material depends upon the ignorance of those it depicts, it is rare and fleeting. The impeccably crafted Zoom backdrop is occasionally breached by a shirtless husband; the screen-share reveals a desktop folder labeled divorce; a politician’s snarky aside to her aide is caught on a hot mic.

Back when public life was more robust—that pre-pandemic era when restaurants were crowded and offices fully operational—our lives were rife with moments of accidental surveillance: the phone calls that carried over from the neighboring cubicle, the domestic grievances aired on the subway. Such glimpses into the lives of others could be oddly comforting, a reminder, if nothing else, that you were not the only one whose private life often failed to live up to the gleaming model of social composure you projected online. It’s a fact that is difficult to remember during periods of isolation. The writer Megan Stielstra wrote an essay several years ago about how her video baby monitor, which came with two frequencies, picked up the feed of her neighbor’s child. In the lonely throes of new motherhood, she found herself switching between channels, watching this other sleeping infant and searching for signs of its mother, who would occasionally step into the frame. One night, she heard the woman sobbing. “I shouldn’t have listened,” she writes, “but it was the first time since my son was born that I didn’t feel alone.”

As for your question about the ethics of eavesdropping, it seems that the law is on your side. In 2013 an airport board chairman spoke freely, on the balcony of a hotel, with his vice chairman about firing the airport CEO for discriminatory reasons, only to realize later that he had pocket-dialed his assistant, who recorded the entire conversation. The chairman insisted that his assistant had broken the law by listening in on his private conversation, but the court disagreed: “A person who knowingly operates a device that is capable of inadvertently exposing his conversations to third-party listeners and fails to take simple precautions to prevent such exposure does not have a reasonable expectation of privacy.” (The court noted, additionally, that phones are capable of being locked.) Given that such accidents are more common among people over a certain age, it’s tempting to see this as generational comeuppance. The frequency with which Rudy Giuliani butt-dialed journalists seemed, for a time, to augur that an administration that remained undaunted by mass protest and the rule of law would self-destruct through senility and technological incompetence.

I would hope, Scuttle Butt, that you don’t harbor such animosity toward your parents—or anyone else who warrants a place in your contacts. With that in mind, I might recommend the Golden Rule. Would you want someone listening in on your private life without your knowledge? Surely you are not so careless as to allow this to happen. But ancient wisdom suggests that life tends toward moral symmetry. The high will be brought low, we will reap what we sow. What lies in darkness will be brought into light, and even you might wake up one day to find yourself on the dispatch end of the generational divide. Few of us today believe such justice is encoded in the laws of the universe, but it is, oddly enough, reflected in modern communications technologies, which tend to run in two directions. Where there is a speaker, there is most likely a microphone. The device that receives a videofeed also has a camera. It’s a truth that dawns on the wife in the Cheever story only after it’s too late. “Turn that thing off,” she says to her husband, in a moment of panic. “Maybe they can hear us.”

This article appears in the October 2021 issue. Subscribe now.