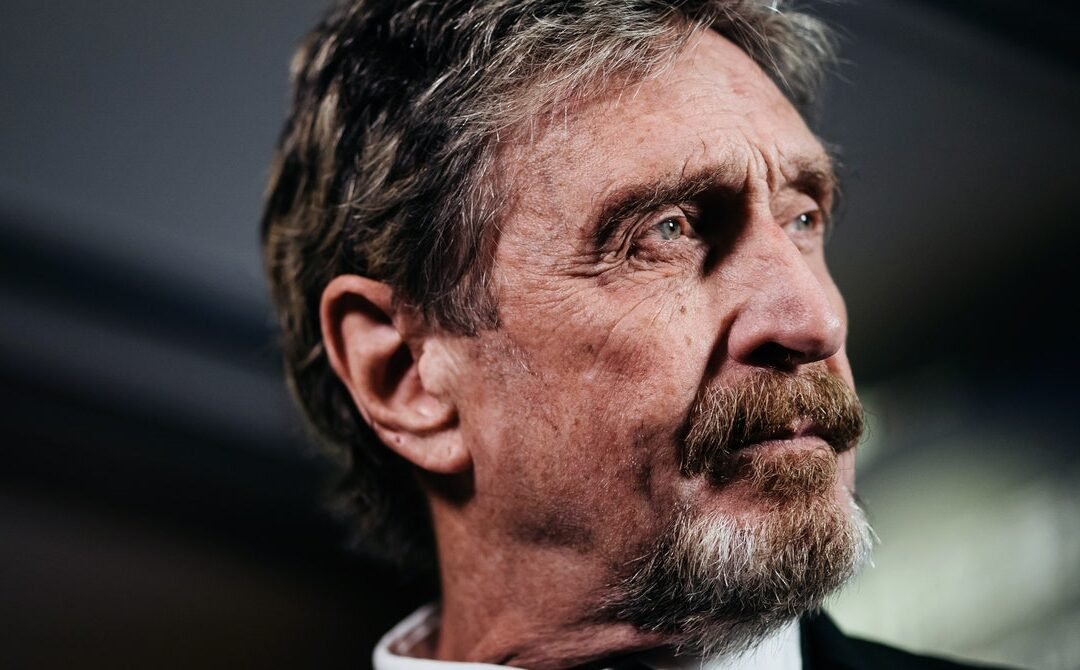 On the day a Spanish court’s ruling in favor of his extradition was made public, John McAfee died in a prison cell outside Barcelona. The anvirus pioneer turned fugitive was 75 years old.

McAfee had been detained in Spain since last fall, when he was arrested on allegations of tax evasion. The US Department of Justice and the Securities and Exchange Commission added to those charges in March, indicting McAfee and an associate on multiple counts related to two cryptocurrency schemes that had allegedly spanned years. He had faced up to decades in prison if convicted of all charges.

“Confirmation has come from our legal team in Spain that John was found dead in his jail cell. I am saddened to hear of the events and my prayers go out to his wife Janice,” said McAfee’s lawyer, Nishay K. Sanan, in a statement. “He tried to love this country but the US Government made his existence impossible. They tried to erase him but they failed.”

After a youth spent in Roanoke, Virginia, and a series of short-stint jobs, McAfee made his fortune in antivirus software. He founded McAfee Associates in 1987; his eponymous product was among the first of its kind. As detailed in a definitive 2012 WIRED profile, McAfee had been inspired by the spread of Brain, an early computer virus that hit PCs around the world. He left a job at Lockheed to start a business out of his home; within a few years McAfee antivirus had achieved ubiquity. In 1992 he took the company public. Two years later he left it, tens of millions of dollars richer than when he started.

For the balance of the ’90s and into the ’00s, McAfee appeared to follow a similar arc as other early tech success stories. He founded a yoga studio, he started an instant messaging company, he wrote a few books. But as Joshua Davis wrote in 2012, McAfee lost a significant amount of money when the economy collapsed in 2008, and decamped to Belize that year. His behavior there became increasingly alarming; he fashioned himself as something of a vigilante, hiring guards and buying up guns, and building a mysterious laboratory on his expansive compound. In November of that year, authorities in Belize called McAfee a “person of interest” in connection with the death of his neighbor. McAfee fled.

In the years since, McAfee rebranded himself as a cryptocurrency pioneer and provocateur. He promoted various coins on his active Twitter feed, allegedly being highly compensated to do so behind the scenes. The SEC further accused McAfee of running a parallel “pump-and-dump” scheme, in which he and his associates would allegedly load up on a niche coin, urge people to buy it on social media, and sell on the resulting frenzy. McAfee had intended to fight the charges, according to Sanan.

It says something about just how much happened in McAfee’s life that his two attempted runs for president of the United States—he garnered some support in the 2016 Libertarian primaries—amount to barely a footnote. Or that by 2017 the man whose name is synonymous with antivirus was legally barred from mentioning “McAfee” in the context of cybersecurity, part of a settlement with Intel, which acquired the company in 2010 for nearly $8 billion.

John McAfee’s life was a thicket of complications; his legacy is one of zeniths and nadirs, and at all points he was singular.

If you or a loved one are having thoughts of suicide, please call the National Suicide Prevention Hotline at 1-800-273-TALK (8255).