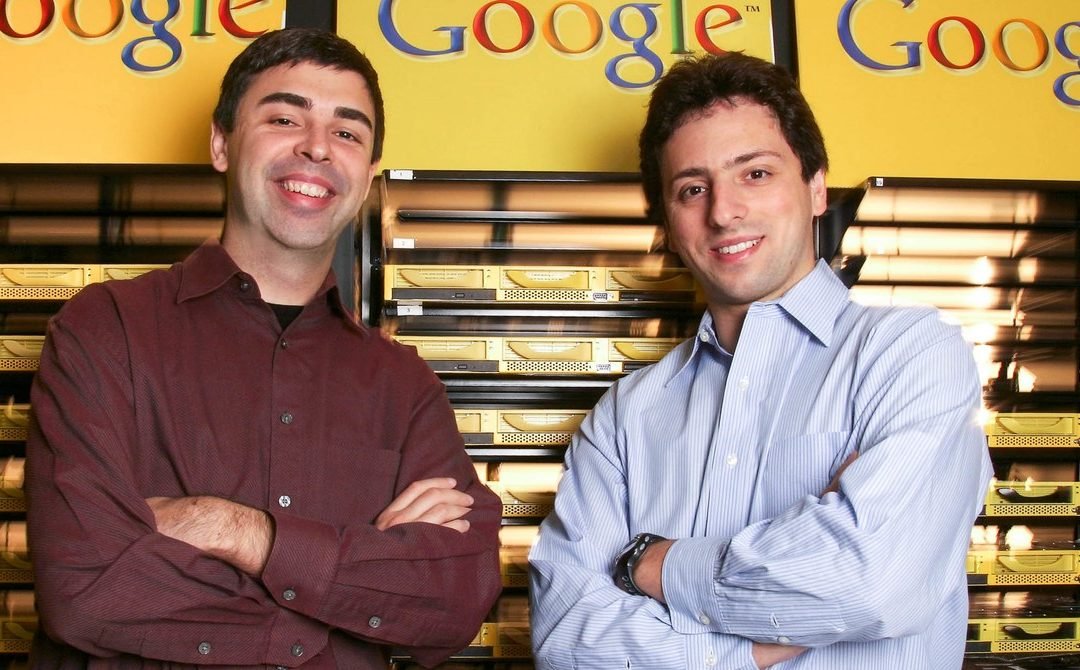 It’s officially the end of an era at Google. As the company faces a series of antitrust investigations and mounting employee unrest, its two cofounders, Larry Page and Sergey Brin, announced on Tuesday they were stepping down from their leadership roles at the company. Page had been CEO of Google parent organization Alphabet, while Brin served as president. Sundar Pichai, the current CEO of Google, will keep his job and additionally take over as the CEO of Alphabet.

Page and Brin aren’t totally out of the picture. The two cofounders will remain employees of Alphabet and retain their seats on the board, where they together control 51.3 percent of the voting power, according to the most recent regulatory filings. In other words, they still effectively control the company, though they will no longer be running it day to day.

“Today, in 2019, if the company was a person, it would be a young adult of 21 and it would be time to leave the roost,” Brin and Page wrote in a joint press release. “While it has been a tremendous privilege to be deeply involved in the day-to-day management of the company for so long, we believe it’s time to assume the role of proud parents—offering advice and love, but not daily nagging!”

Page and Brin founded Google in 1998 when they were both computer science graduate students at Stanford University. “I thought he was pretty obnoxious. He had really strong opinions about things, and I guess I did too,” Page said about Brin to WIRED in 2005. “We both found each other obnoxious,” Brin countered.

But the pair complemented each other, and together turned a search engine startup into a Silicon Valley giant with ambitions to transform the world through technology—and the since-abandoned motto “Don’t be evil.” From its early days, as Nitasha Tiku chronicled in a recent WIRED cover story, Google had a uniquely open culture. Employees were encouraged to “bring their whole selves” to work, and to speak up if they saw something they disagreed with. On Thursdays, Google would host a company-wide meeting called TGIF, where employees could ask executives challenging questions.

Under the guidance of their investors, Brin and Page hired Eric Schmidt, who became Google’s first CEO in 2001. A decade later, Page took back the reins, and became more involved in the company’s day-to-day running than Brin. But Page, too, would eventually step back his involvement after the company restructured in 2015.

Four years ago, Alphabet was created, a holding company that separated Google’s core advertising and internet businesses from the company’s more ambitious research projects and other acquisitions. Pichai, a longtime executive, became CEO of Google. Since then, Page and Brin—each now worth over $50 billion—have largely remained out of the spotlight, devoting themselves instead to experimental projects like flying vehicles and futuristic robots. They have rarely made public appearances or spoken on investor calls. The pair didn’t even attend Google’s annual shareholder meeting in June.

Brin and Page’s exits come just as Google is grappling with some of its most difficult challenges yet. While the company continues to print money, Congress, state attorneys general, and federal antitrust regulators are scrutinizing its market dominance. Just this week, European regulators announced preliminary investigations into Google as well as Facebook over how they collect and use data for their advertising businesses.

The company has grappled with high-profile tensions among employees too. Late last month, over 200 workers gathered outside the company’s San Francisco offices to support several workers were put on administrative leave and later fired for what they say amounted to labor organizing. On Tuesday, the former employees said they planned to file unfair labor practice complaints with the National Labor Relations Board. Over the past several years, Google’s workforce has protested the company’s contracts with US government agencies, as well as a since-canceled project to build a censored search engine in China. And last November, 20,000 employees employees walked out over sexual harassment, discrimination, and pay inequity at the company.

Despite those headwinds, Google and Alphabet continue to grow, with acquisitions like Fitbit and, of course, billions of dollars in profits. And if the company’s cofounders have any misgivings about where things are going, their sign-off makes clear they’re staying in touch with the man they’re leaving in charge. “We plan to continue talking with Sundar regularly, especially on topics we’re passionate about!” they wrote in their announcement.