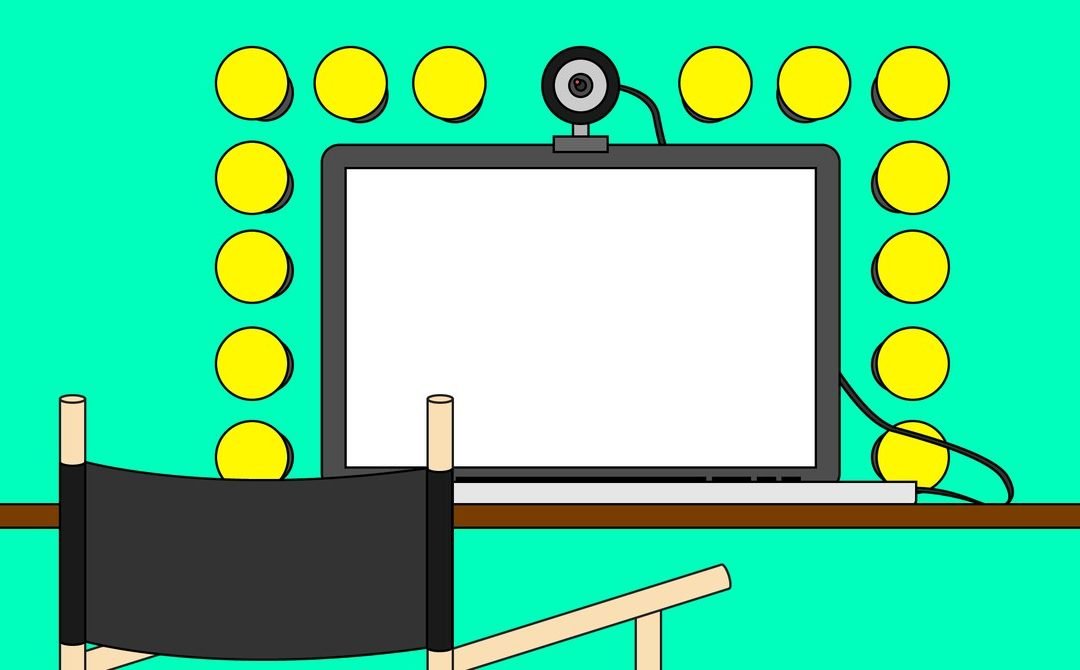 Remote. Also: Distributed. Flexible. WFH. These are all shorthand (and garbage language) for “working from home.” According to Gartner Research, more than 50 percent of global salaried employees will work remotely at least occasionally in 2020, the first time WFH has threatened to tip into the majority. That’s up from just 20 percent of employees in 2016.

Depending on who you ask, remote work is either a positive solution for ever-lengthening commutes and the strains of working parents, or a crime against the efficiencies—not to mention the camaraderie—of having busy bees buzzing alongside each other at the office.

With all this remote working, videoconferencing is having a moment. The technology is supposed to provide remote workers a simulacrum of those in-office, face-to-face connections. You could easily multitask while you’re conferencing in via phone, but during a video chat you’re forced to look your colleague, or roomful of colleagues, in the eye. More recently, world events have been contributing to video conferencing’s momentum: As one venture capitalist inevitably pointed out, the stock price of video tech company Zoom is on the rise because concerns about Covid-19 have put a halt on business travel.

Even before the threat of a pandemic loomed, video conferencing was transforming the way we work. “A lot of companies have policies now where you don’t call into meetings anymore. You Zoom call, you Skype, you FaceTime in,” says Riley Stricklin, the cofounder and president of Lume Cube. “You’re already at an arm’s length and ‘remote’ from your coworkers, so we have to do everything possible to enhance that personal experience.”

Lume Cube, which is based in Carlsbad, California, launched four years ago as a maker of lighting accessories for creators—video producers, YouTubers, GoPro-wearing daredevils. Stricklin says that while the majority of Lume Cube’s business still comes from the “YouTube market,” he sees the video chat audience growing, particularly in the realm of remote job interviews. Whether you’re streaming on Twitch, or Skyping into a professional call, “you’re doing the same thing as newscasters. You’re broadcasting yourself,” he says.

My video conferencing persona is nothing like a nightly newscaster. In the office, I’d like to think I dress reasonably well—at least wearing pants that are not preceded by the word “pajama”—and that any lateness to meetings is due to truly unavoidable scheduling overlaps. While working from home, all bets are off. (Part of the joy of being a writer is convincing people you require a certain amount of solitude in order to get the job done.) At home, no questionable athleisure is off-limits. The Zoom link inevitably eludes me at the very moment the video conference is starting, and the garbage truck thunders by when I finally join in.

The apps that host awkward exchanges, shoddy audio, the laundry pile in the background, and the cat butt in the foreground, became the same apps we use for job interviews and media appearances.

At first I thought Stricklin’s comparison between a nightly news broadcast and a Skype call was overdrawn. People are so polished, so darn glib in professional media appearances, whereas at least 40 percent of private video chats are comprised of phrases like, “Sorry, go ahead—oh, okay, what I was going to say was—no no, you go.” (Data source: Personal experience.) But our new reality involves work chats that fall somewhere in between. Along the way to videoconferencing’s moment, the apps that host awkward exchanges, shoddy audio, the laundry pile in the background, and the cat butt in the foreground, became the exact same apps we use for life-changing interviews and international media appearances. Just ask Robert Kelly.

Soon after chatting with Stricklin from Lume Cube, I suctioned a Lume Cube AIR lighting kit ($50) to my MacBook Pro. Its small LED panel was remarkably bright—less subtle studio fill light and more directional glare highlighting my T-zone. Before my next meeting, I attached one of the two diffusers that ship with the AIR kit. It softened the light considerably. A WIRED video producer was so complimentary about my remote glow that I started to wonder how bad my look was before.