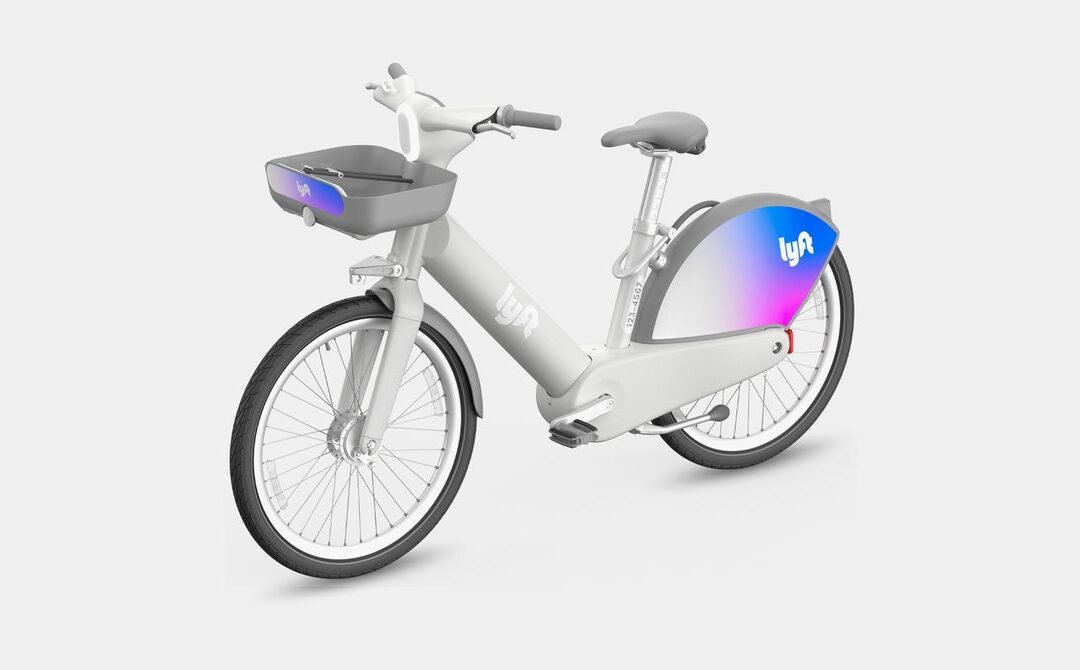 The Lyft ebike’s display between the handlebars will show basic ride data (like speed and battery level) and has a speaker to announce instructions for unlocking and parking. But the company says it’s toying with other uses, such as navigation.

That brings us to the next big improvement: connectivity. Unlike current ebikes in Lyft’s fleets, the new model is equipped with Wi-Fi and GPS. For riders, the bikes are easier to locate using the street map in the app, especially in markets where the bikes are dockless. But the new connectivity features also allow Lyft to issue firmware updates over the air, whether it’s to remedy bugs or add new features. It can even track stolen bikes or monitor the hardware in real time for any physical tampering. Shambat says none of this data is shared with third parties.

There are safety sensors embedded throughout the bike too, and these can report problems such as dead batteries, broken cable locks, or faulty brakes to the servicing team. This is important, especially considering that Lyft had to recall hundreds of ebikes out of its fleets in 2019 after dozens of riders were injured from brake malfunctions.

“They’re all talking to each other,” Shambat says. “We want to know how things are going, and so we’re constantly monitoring.”

Despite the bulkier size, the new ebike still fits in existing docking stations. Select stations will soon become electrified to recharge the bikes when they’re docked, but most will still see service teams swapping batteries when needed. The much-improved range on the updated models means batteries won’t need to be swapped as frequently.

None of this means standard pedal bikes are going away. Cities restrict the number of pedal-assist bikes available in a fleet. For example, Lyft says New York City allows only 20 percent of its fleet to be electric: roughly 4,300 out of 22,000 bikes. These limits could increase as ebikes gain popularity.

Since the US went into lockdown in early 2020, electric bike usage has surged. Ebike sales grew by 137 percent in 2020 over 2019, according to the NPD Group. Samantha Herr, executive director of the North American Bikeshare Association, says ebikes are in higher demand in bicycle-share programs too.

“In our 2019 shared micro-mobility state-of-the-industry-report, we did see that ebikes were being used more intensively in systems than traditional bikes,” Herr says. “We also saw that 15 percent of bike-share bikes were ebikes, and about 28 percent of cities with bike-share systems in North America include ebikes. We’re absolutely seeing those numbers increase.” (The 2020 report will arrive this summer.)

With restrictions on long-distance travel and uncertainty about the safety of public transit during the pandemic, cities closed streets for automobiles and opened them up for bikes and other methods of micro-mobility, like electric scooters.

“It was a really positive impact,” Herr says. “We can see that there is a groundswell around the kind of rapid response that happened during Covid, and there is this momentum of making more of these changes permanent. It just kind of sped up something that was already happening.”

But ebikes are still a relatively new mode of transportation in many areas across the US, and that does introduce new issues. Namely, accidents. Jennifer Dean says automobile drivers and pedestrians aren’t used to accurately gauging the speed of electric bikes.

“You can’t judge accordingly if you’re going to make an attempt to cross the road in front of what you think is a traditional bicycle, or you’re making a right or left turn in an automobile and that bike is coming a lot faster than you’re expecting,” Dean says. “So we’re seeing injuries, and those injuries are related to a lack of awareness by road users.”