Meet the Voice Actress Behind Kena: Bridge of Spirits 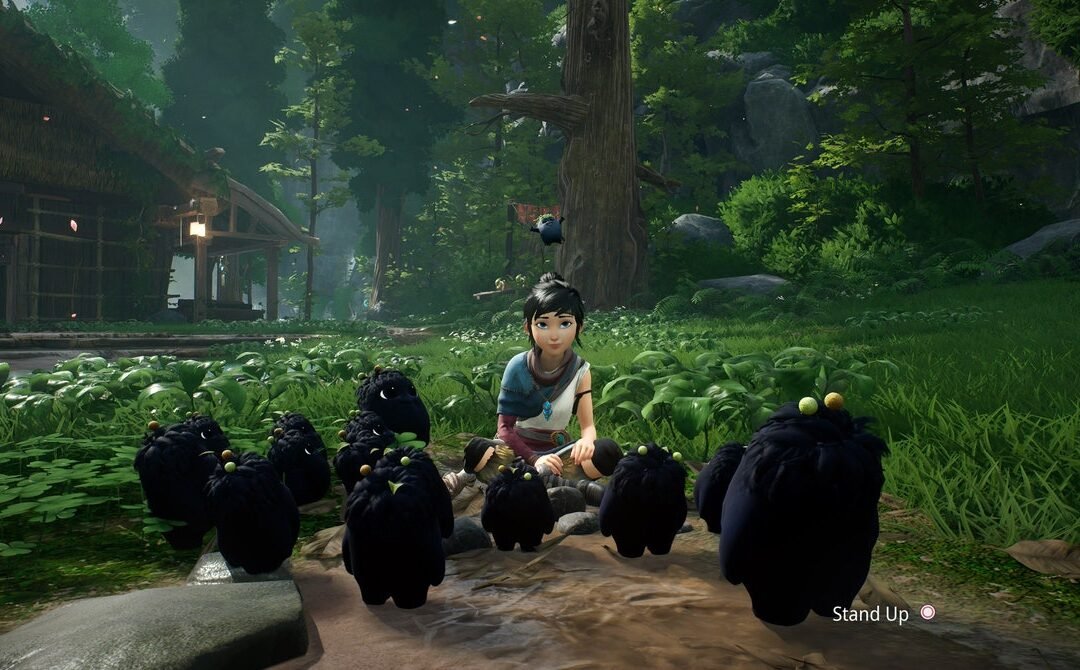 “Sometimes they’ll go into a trance, and that’s when Sesuhunan comes down, and they dance,” she says. “That’s a really cool moment because people can actually interact with a more physical form of a spirit.”

Voice acting runs in Larassanti’s family. Her mother is also a voice actress. Emiko used her expertise to coach Larassanti when recording lines for Kena—particularly with finding a balance between Kena’s emotions. “Sometimes she’s really strong and sometimes she’s very soft, so finding that middle balance was kind of a challenge,” says Larassanti.

If Larassanti received her dialog before recording, she would practice it with her mother—with Emiko having her try out different emotions for each line. “That was really helpful in terms of finding the balance for Kena’s voice and getting feedback from somebody like my mom, because our parents are always very honest with us,” Larassanti says.

She would also watch random Grand Theft Auto videos and study how voice actors would interact. And, since Kena: Bridge of Spirits is an action-adventure game with combat, she would need to record sounds for actions like walking, breathing, and hitting. Watching shows like Avatar: The Last Airbender and The Legend of Korra helped quite a bit in this department, she says.

“I also watched clips of characters in video games falling, and it was just so cool to hear different actors’ approaches to falling and how wild they can be,” Larassanti says. She was surprised that even simple actions like falling required so much voice exaggeration.

Larassanti did most of her voice recording in the summer of 2020 when she wasn’t in school. At UCLA, she majors in world arts and cultures. She’s also pursuing a minor in ethnomusicology, because of her desire to learn about other cultures. Her grandfather also finished his undergraduate degree at UCLA, where he also taught gamelan.

“Studying world arts and cultures and being immersed in different cultures and religions and studying them really helped with opening my mind up for this role,” she says. This forged her approach to portraying Kena, because a big part of her studies involves giving voices to marginalized communities through the arts. She looks at artistic work through a different critical lens now in terms of who is being represented and whether it is authentic, accurate, and enough. With Kena: Bridge of Spirits, she feels her Southeast Asian representation within the atmosphere and environment itself. The characters are all people of color, and there are beautiful relationships explored among them.

Larassanti views her role in Kena as an important one because Asian Americans often don’t have as many opportunities in media compared to their white counterparts, whether it’s in movies, TV shows, or even video games. By casting authentically for Kena, Ember Labs has given Larassanti a chance to share her identity and experiences through the character.

“They were so kind and supportive … and so they really helped me find the balance of Kena’s voice and what they wanted to do,” Larassanti says of Ember Lab’s cofounders, Mike and Josh Grier. Without her knowledge of the Sesuhunan or how to address elders in Bali, Kena: Bridge of Spirits would have had a completely different feeling.

“It’s the actors’ backgrounds and heritage that can really add to a character in a story if given the opportunity,” she says. While Larassanti doesn’t know what she’ll do next, she would love to star in another video game and maybe even branch out to animated films. “I think there are so many different possibilities,” she says. “It’s fun, but I think this really taught me a lot as a voice actor.”