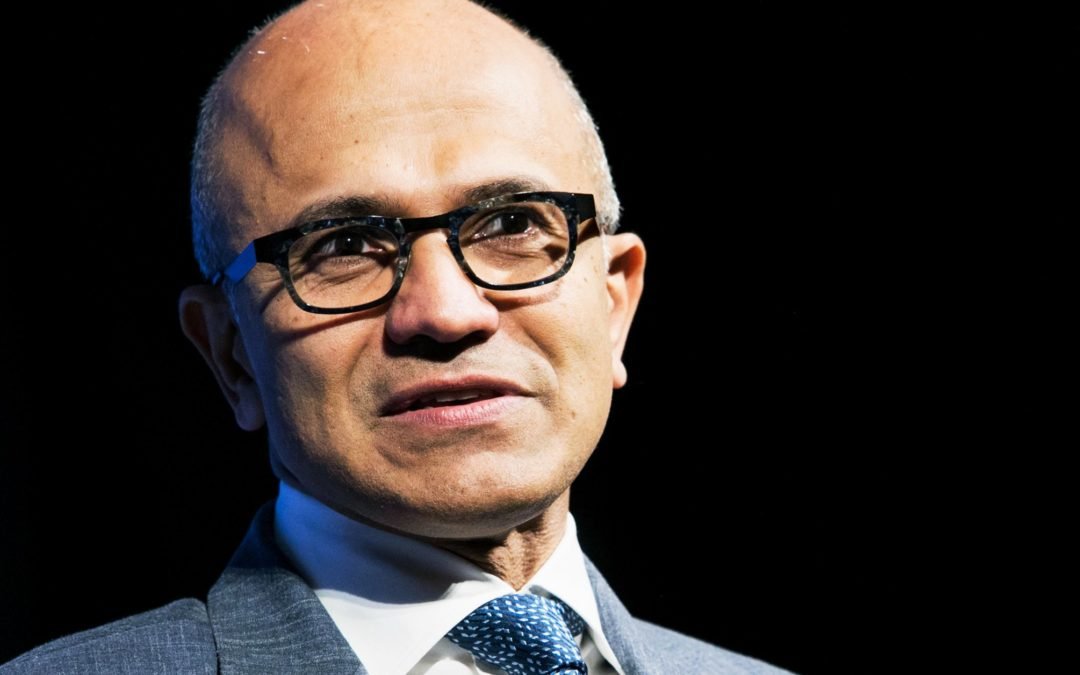 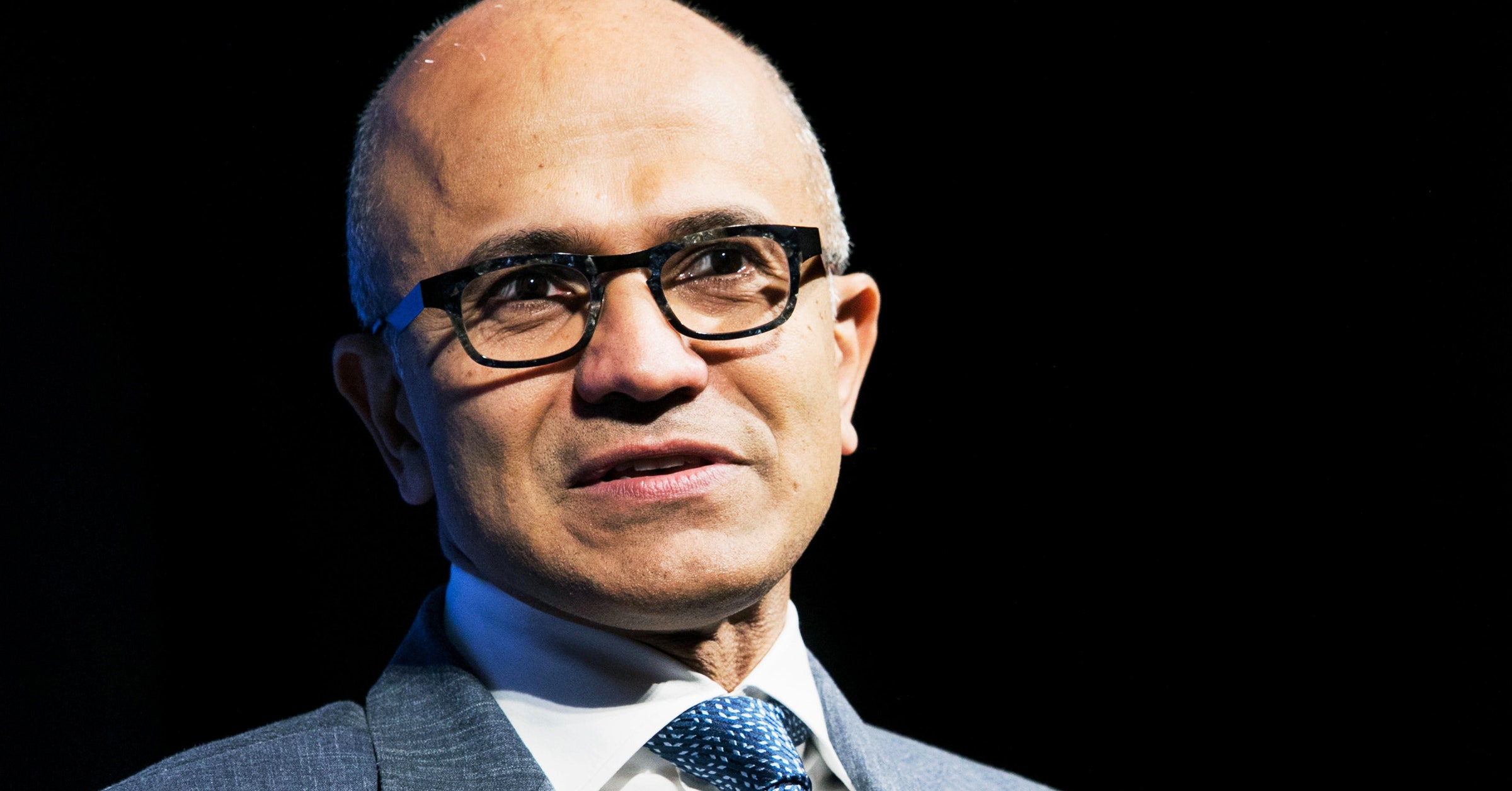 A group of Microsoft employees appeared at an employee meeting with CEO Satya Nadella Thursday to protest the company’s treatment of women. The protesters asked Nadella to address claims of discrimination against women in promotion and advancement, as well as claims of sexual harassment, raised as part of a widespread discussion that has been building steam on internal company forums for the past two weeks.

Roughly 100 to 150 employees attended the Q&A in person, others watched via livestream. It’s not clear how many were part of the protest, but some female and male employees at the event wore all white, inspired by the congresswomen who wore Suffragette white to the State of the Union in February. In response to the concerns, Nadella was empathetic and expressed his sadness and disappointment. He and chief people officer Kathleen Hogan promised employees additional transparency around advancement within Microsoft, according to a Microsoft employee who attended the meeting.

The catalyst for the online discussion and subsequent protest was an email posted to a distribution list for female employees in late March, according to copies of the discussion viewed by WIRED. The email was written by a woman distraught that she had hit a brick wall after years of trying to gain a promotion, despite the support of her manager, her manager’s manager, and colleagues. “[T]he boy’s club won out on all fronts,” the woman wrote, according to the emails viewed by WIRED.

Hundreds of responses followed with women sharing guidance, showing support, and detailing their own experiences with alleged discrimination and claims of harassment, which were first reported by Quartz.

In the online discussion, one woman who worked in engineering said that a man who worked for a partner company threatened to kill her during a business trip several years ago if she did not perform an unnamed sexual act. The woman wrote that she was able to get away. She immediately alerted human resources and management, but her male manager allegedly said that it sounded like the man was flirting and that she should get over it. When she asked to be reassigned to avoid traveling with the alleged harasser, she claims her manager reframed her request as an inability to perform her role, and was told she had 60 days to find a new role or be laid off, which prompted her to move from engineering to operations.

Another woman wrote that she had been asked to sit in someone’s lap twice during a business meeting where HR and other executives were present. No one objected. The HR leader was later promoted, while the woman was reprimanded for not following policy, despite raising the inappropriateness of the request in the moment.

One woman mentioned that during a roundtable with women from Xbox, nearly all the women said they had been called a “bitch” at work.

More common complaints in the online discussion centered on feeling stymied in promotion, trying to balance assertiveness with pressure to appear nice, and the bias and disparate treatment that allegedly comes with being labeled a “diversity hire.”

“We are fed up,” one employee told WIRED. “I know there are James Damores at Microsoft, they just haven’t written a memo like he did,” the employee said, in reference to the former Google employee who ignited a debate with a treatise against Google’s diversity hiring practices.

Over the past couple of weeks, the discussion expanded to other distribution lists and circulated widely within Microsoft. Employees were still responding to the thread as of Thursday morning. On March 29, Hogan responded to the group to say that she had discussed the thread with Nadella that day.
“We are appalled and sad to hear about these experiences,” Hogan wrote. “It is very painful to hear these stories and to know that anyone is facing such behavior at Microsoft. We must do better.”

“I would like to offer to anyone who has had such demeaning experiences including those who felt were dismissed by management or HR to email me directly,” Hogan wrote. “I will personally look into the situation with my team. I understand the devastating impact of such experiences, and [Nadella] wants to be made aware of any such behavior, and we will do everything we can to stop it.”

Hogan set up sessions for employees to meet with Microsoft’s chief diversity officer to discuss initiatives and programs to address these issues. “While reading some of this is very disheartening, I am proud and encouraged to see people empowered to speak up, say this is not right, and stand together for change. Thank you,” Hogan wrote. Asked for comment, a Microsoft spokesperson shared the contents of Hogan’s email.

The protest echoes similar unrest around diversity and harassment inside Google. But the culture inside Microsoft is nowhere near as outspoken or argumentative. In the email thread, some employees worried about appearing to ambush Nadella, while others were confident Nadella would be prepared to address their concerns.

In 2015, computer security researcher Katie Moussouris, a former Microsoft employee, filed a lawsuit against the company seeking class action status on behalf of women who alleged gender bias in raises and promotion, and claimed they were ranked below their male counterparts in bi-annual performance reviews. A judge last year denied class action status; in January, the plaintiffs appealed that ruling.

As part of their protest, the women are hoping to get more data on bonuses and promotions.