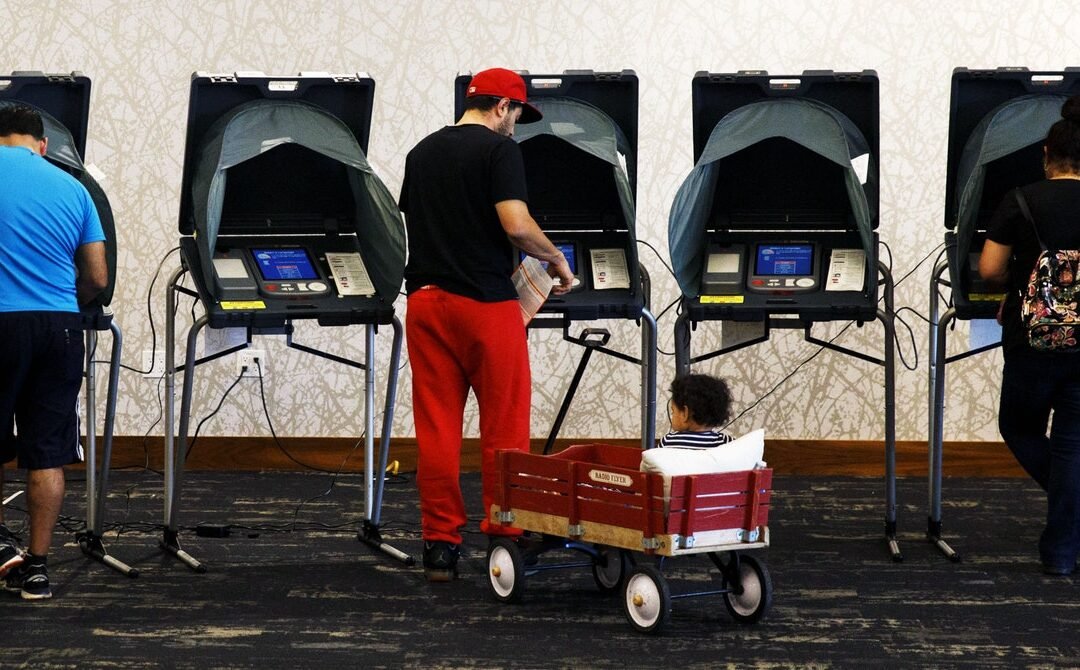 In the ever-urgent quest to ensure United States elections are safe and secure, Microsoft’s ElectionGuard software has been a tantalizing development. The project, launched in 2019, offers what’s known as “end-to-end verifiability,” meaning that all vote data is encrypted and private, but there’s still full transparency into how the votes were tallied and whether the determination of a winner is correct. It’s open source and designed to be incorporated into existing voting systems. Last year, Microsoft successfully piloted the software in a real-world election.

The question, though, has been whether private voting machine makers—who compete with each other in a regulated market—would be willing to adopt a technology that any of their rivals can use too. Now at least one company is saying yes.

On Thursday, Microsoft and Hart InterCivic, one of the three major voting machine vendors in the US, jointly announced a partnership to pilot the use of ElectionGuard in Hart’s Verity voting systems. The idea is to meld Hart’s existing voting equipment with dramatically expanded software capabilities from ElectionGuard. The system will always produce paper backups, is encrypted in a special way to allow counting while preserving full voter security and privacy, and expands the ability to do post-election audits. Hart’s ElectionGuard offering will also give voters the ability to check whether their vote has been counted. And the system is independently verifiable—anyone will be able to build an app that can confirm the vote tally for a particular election.

The news comes at a time of doubt and uncertainty among US voters. While election officials declared the 2020 election to be one of the most secure in the country’s history, the country still clearly bears scars left by former President Donald Trump’s efforts to undermine voter confidence in the election. In January, Pew found that more than three-quarters of Trump voters thought Trump had probably or definitely won the election—even though Joe Biden was the legitimate winner. There’s still a (controversial and much beleaguered) 2020 presidential election results audit dragging on in Arizona. And Republican lawmakers in numerous states have been pushing a wave of voting reform laws in recent months that critics say undermine citizens’ voting rights.

“Election officials are eager for any kind of tool that enhances auditability, verifiability, and transparency, which in turn enhance voter confidence,” says Julie Mathis, CEO and president of Hart InterCivic. “It’s important that this product is designed to meet the needs of real-world elections.”

Hart InterCivic is one of three private vendors that manufacture the majority of voting equipment used in US elections, along with ES&S and Dominion. Hart is the smallest of the three, but its voting equipment, which includes touchscreen voting machines and paper scanners, are used in voting districts across more than a dozen states, including Texas (where the company is headquartered), California, Michigan, North Carolina, and Kentucky. The company has been producing ballots and other election equipment for more than 100 years.

But while it’s a step to publicly announce a partnership with Microsoft, details about where ElectionGuard software will actually be used are still forthcoming. “We’ve been working on refining where would be the right pilot location, speaking with jurisdictions of all sizes,” Mathis says. “We’ve been working with the states also, because it’ll be important that we get state approval to integrate one of these pilots.”

Microsoft’s ElectionGuard is certainly a newer offering, but it stems from more than a decade of research. ElectionGuard relies on a technique known as “homomorphic encryption” to protect the sanctity and security of secret ballots at every step on their journey through the election system while still allowing those ballots to be counted and results to be audited.