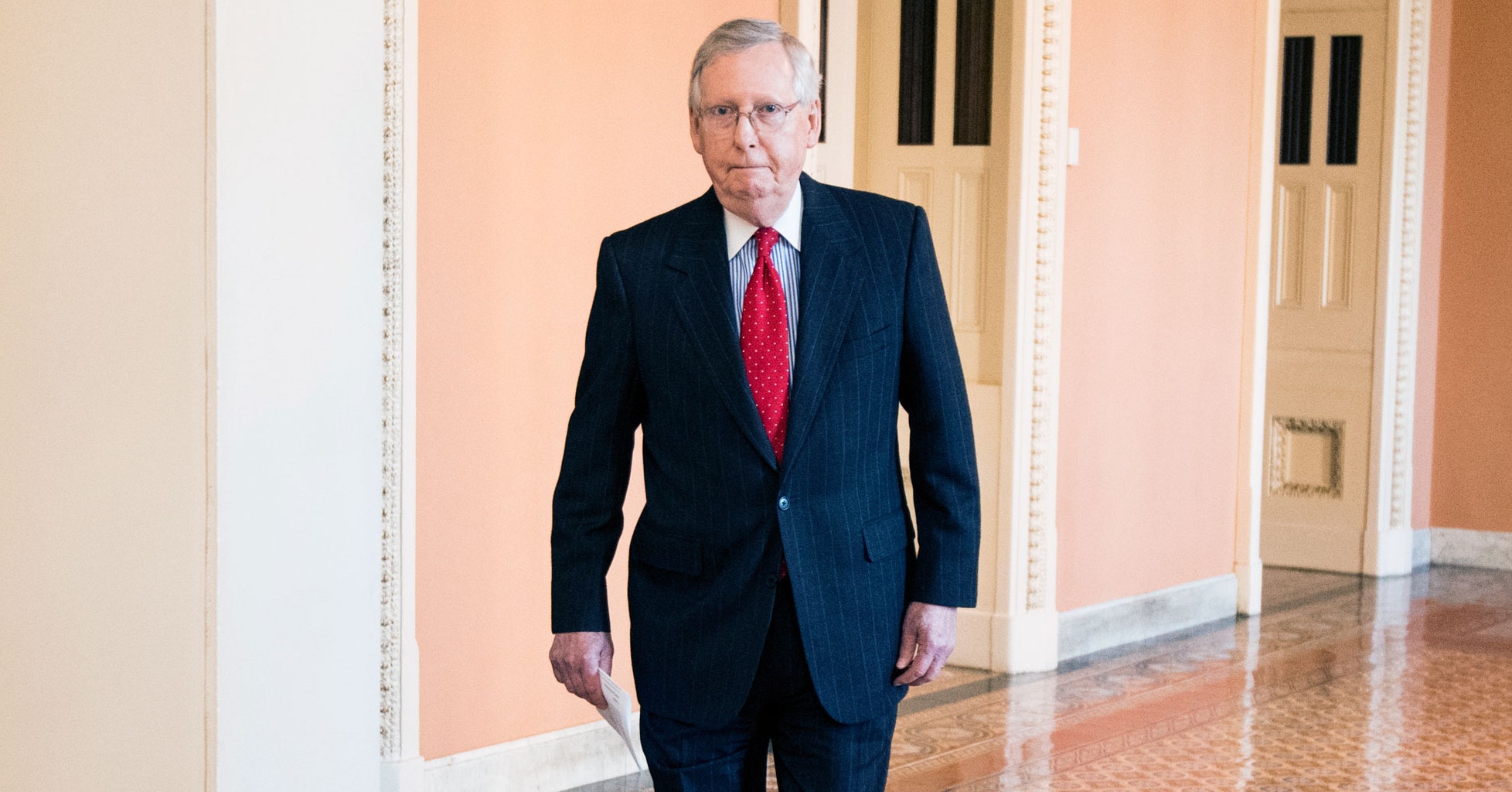 Let’s begin with a recap of the week’s big news. President Trump called Baltimore “rat infested.” The US withdrew from a nuclear treaty signed during the Cold War. Last month was the hottest month on record, and it’s all humanity’s fault. Oh, and there are new threats of an escalating trade war with China. What else were people talking about online last week? Find out below.

What happened: In the memetic war of 2019, shots have been fired against Senate leader Mitch McConnell. And he owes it all to Russia.

What really happened: If the Trump era has taught anyone anything about the world, it’s that nicknames are what change minds. Remember “Low Energy Jeb” and “Crooked Hillary”? So, when talking about the ways in which Senate majority leader Mitch McConnell has been standing in the way of attempts to strengthen election security, television host Joe Scarborough knew exactly what he needed to do.

The nickname was quickly shared as if it was news. By a strange coincidence, “Moscow Mitch” was also just the right length for a hashtag …

McConnell then made the mistake of letting it be known that he didn’t like the nickname, thereby ensuring that it would stick around probably forever. It’s almost as if he wasn’t bullied in high school, or else he’d know better.

Later in the week, another Republican earned his very own Russian nickname thanks to Lindsey Graham pushing an immigration bill through the Senate Judiciary Committee Thursday afternoon, despite the objection of Democrats on the committee.

One of the more entertaining things to watch as the hashtag went viral was people using it, despite having no idea why it existed. Clearly, someone needs to create a Russian Nickname Generator to take advantage of this trend. Not everyone knows the names of a lot of Russian towns, after all!

The takeaway: What’s next? Who’s next? Funny you should ask. There may already be an answer to that question.

Who’s in Your Wallet?

What happened: Bad news for anyone with a Capital One credit card: It’s possible someone has your personal information.

What really happened: The Week in Credit Card Issues started with people discussing the potential settlement offer from Equifax—spoiler: it might take a while to get your money—but quickly shifted onto a new topic when this big story broke on Monday.

The security breach affected more than 100 million customers, exposing personal information like names and addresses. (For the majority, more sensitive details like SSNs and bank account numbers were, apparently, safe.) As news of the data breach broke, so did news of the arrest of the woman allegedly responsible. Turns out, she had already been talking about the crime online.

So, what actually happened? On Twitter, some tried to offer their own investigation, and it wasn’t necessarily good news for Amazon, which hosted Capital One’s data—and, it emerged, employed the woman suspected of pulling off the hack.

To say that Capital One didn’t really seem to be treating the situation with the gravity it deserved might not be unfair.

The upshot of all of this? Well, for Capital One users, check if you were affected. And, in a few years, expect your own Equifax-style settlement concerns to become a thing.

The takeaway: Look, someone had to be the person to make this joke.

What happened: It’s that time again: The time when every Democrat who wants your vote in November 2020 stands awkwardly on stage, and they all argue with each other in an attempt to come off as electable.

What really happened: Because it’d been far too long—a whole month!—since the last two-night bacchanalia of politicians sharing a stage and talking over each other, last week the Democrats participated in a second round of debates, this time taking place in Detroit, Michigan, and being held by CNN. Once again, the event was to take place across two nights—because otherwise, there’d be 20 candidates on stage at once—with the first night exciting some because it would feature Elizabeth Warren and Bernie Sanders sharing a stage for the first time.

As it happened, the two did dominate the night, but not because they were fighting each other.

However, Google had its own idea who won the first night.

Author Marianne Williamson caught a lot of attention during the first night for talking about racism in the United States as “this dark psychic force of the collectivized hatred,” and for describing reparations as “a debt that is owed.” But not everyone was convinced.

Compared with the first night of debate, the second night was, to be honest, a little more boring and a lot more like a regular debate …

It’s possible that Cory Booker has never understood the point of these debates.

Still, at least night two was peaceful for some.

So, now we can just move on to the actual election, right? Right? Only joking. The next debates are scheduled for September but, thankfully, may have appreciably less participants if everyone follows the rules.

The takeaway: Well, at least some of the post-debate coverage was appropriate.

The Cure-All Is on Its Way

What happened: Sometimes, a leader has to display ambition in order to fire up supporters and get everyone in line. We’ve seen this happen through history, many times. On Thursday, it happened again when President Trump declared that we were just about to cure not one, but two, deadly diseases.

What really happened: Politics, as all but the most innocent are aware, is filled with empty promises and teases for a better tomorrow that may never be reached. Politicians regularly announce plans to do any number of unlikely things in an attempt to inspire the masses to vote for them. Occasionally they deliver—think President Kennedy’s so-called “moon speech” in 1961, which led to the moon landing eight years later. Then, there’s what President Trump casually dropped into a speech Thursday night.

I think that’s the appropriate response. Social media really didn’t know what to do with what amounted to little more than an aside that both AIDS and “childhood cancer” would both soon be cured.

The takeaway: Look, as president, Trump surely knows more about emerging science and cures than the general public, so perhaps he really does know something others don’t. But also, maybe not?