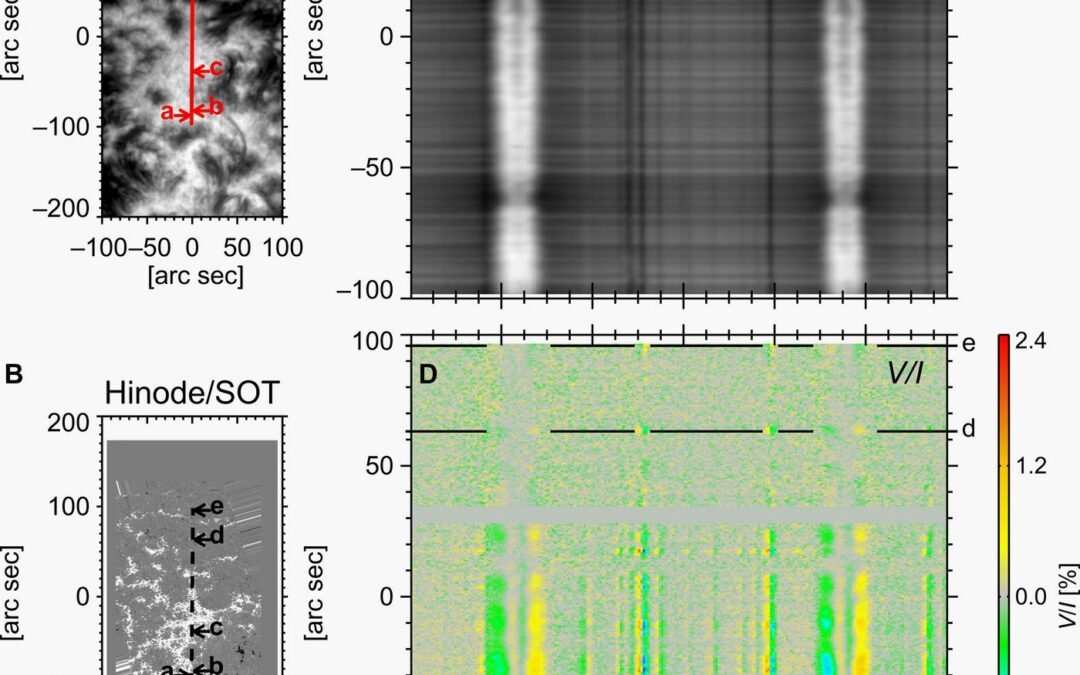 Imagine for a minute that you have been transported to the middle layers of the sun’s atmosphere. The sun’s surface, the “visible disc” scientists call the photosphere, boils below you, red-hot plasma heated to 10,000 degrees Fahrenheit. Above you, the vast corona, an atmospheric aura of gas superheated to several million degrees Fahrenheit, flings heat, light, magnetism, and radioactive particles into space with explosive force. The corona has long been an enigma to scientists: It is much hotter than the layers below it. Traveling outwards toward it from the sun’s surface would be like walking away from a campfire and feeling even more heat than when you were sitting next to the flames.

You’re floating in the chromosphere, the slice of the sun’s atmosphere sandwiched between these two much-studied layers, which is named (“sphere of color”) for its pops of pink that are visible from the Earth during total solar eclipses. Up close, those pink flashes are seas of boiling hydrogen plasma that go on to the sun’s massive horizon. But another, more dominant force is unleashed in the chromosphere: the sun’s magnetic fields. These fields are created far below the sun’s surface by the dynamo effect—heat and rotation on the largest scale in the solar system. The sun’s magnetic fields are massive, but within its inner layers, their forces are channeled and controlled by the pressure of the superheated plasma, convecting its heat outward like a boiling pot of tomato soup.

Don your ultraviolet light glasses, though, and you’ll see something interesting. Rising within the chromosphere, the relative force of the superheated plasma lessens quickly, but the magnetic fields stay relatively strong. The higher you look, the more the forces of magnetism dominate. In the photosphere, magnetic fields push the plasma aside, exploding outward in massive loops, rooted at their bases to the black regions we call sunspots. (In the photosphere, each one is the size of the Earth.) These magnetic loops twist and shear as they interact with the plasma and each other, creating a dynamic, chaotic environment—a superheated brouhaha so powerful that the effects are felt on our own planet 93 million miles away.

What you’d witness within the sun’s atmosphere is hypothetical, of course—not just because the chromosphere would instantly vaporize you, but because for decades scientists have had to guess exactly what’s happening inside it. Unlike the photosphere and the corona, it is very difficult to see and therefore to map. “It’s a really confusing place,” says David McKenzie, the principal investigator of NASA’s Chromospheric Layer Spectropolarimeter 2 mission, or Clasp2, a sounding rocket that briefly shot above the Earth’s atmosphere to observe the sun, then parachuted its payload of instruments and data home. “That’s what makes it exciting. It’s a frontier right in the middle of the sun’s atmosphere.”

McKenzie is a coauthor of a new paper that appeared in February in Scientific Advances, the result of data collected by Clasp2 in 2019, which represents the first successful mapping of the chromosphere’s magnetic field at four layers, using novel ultraviolet imaging techniques of a solar magnetic field. Written by a team from Japan, Europe, and the US, its findings appear to confirm theories about how the corona becomes superheated. Using these new mapping techniques, the scientists believe they will be able to better understand in real time the coronal mass ejections (CMEs) and “space weather” thrown off by the sun—huge magnetic, radioactive fields that cause chaos when they hit the Earth or technology in space.