NASA Will Roll Back Its SLS Rocket for Repairs 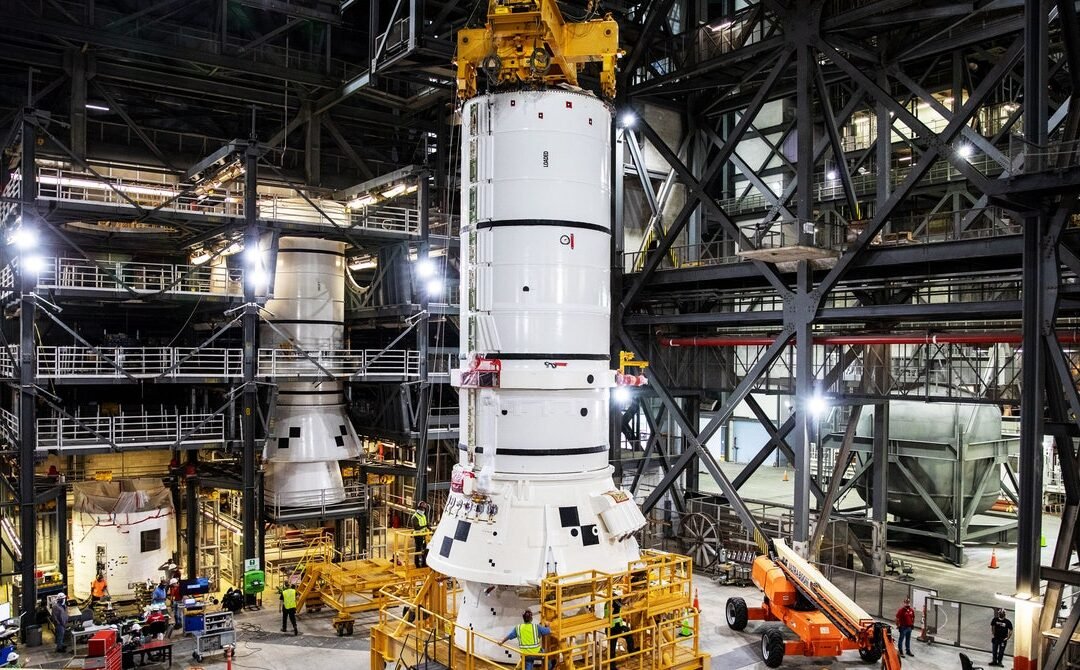 NASA engineers hope to have their massive moon-bound Space Launch System ready for liftoff in a couple of months, but so far they’ve encountered some bumps in the road. On March 17, NASA rolled the world’s most powerful rocket out onto the launchpad at Kennedy Space Center in Florida to ready it for the Artemis program’s inaugural lunar mission later this year. Since then, technicians have completed a raft of checks on the huge rocket’s systems, but after three tries they haven’t been able to make it through the final test, a practice countdown called the “wet dress rehearsal test.”

The key problems have been a faulty helium check valve and a liquid hydrogen leak, which led to several pushbacks of the test countdown. Finally, NASA officials decided over the weekend to disconnect the rocket and, starting next Tuesday, carefully roll the SLS and Orion crew capsule back to the Vehicle Assembly Building, a facility with the equipment needed for them to perform rocket surgery. They hope to have a quick turnaround, returning to the pad soon afterward to complete the countdown test, but the first Artemis mission around the moon—originally planned for early June—might be delayed.

“The mega moon rocket is still doing very well. The one check valve is literally the only real issue we’ve seen so far. We’re very proud of the rocket,” said Tom Whitmeyer, a deputy associate administrator at NASA headquarters in Washington, at a press conference this afternoon. “But we have a little bit more work in front of us.”

The precautions aren’t surprising; NASA doesn’t want to take a chance on its most expensive rocket or debut Artemis launch failing. “It comes down to what we consider to be the acceptable level of risk,” said Mike Sarafin, the Artemis mission manager, at an earlier press conference on April 15.

The test itself began on April 1, after the rocket had been ferried from the assembly building to Launch Complex 39B via an enormous crawler. Jeff Spaulding, the senior NASA test director, and his team began their process by hooking up the rocket’s electrical power and pressurization systems and filling the pair of white boosters on the side with propellants. Then they started loading the big orange fuel tank with more than 700,000 gallons of liquid hydrogen and liquid oxygen, supercooled to a frigid -423 and -297 degrees Fahrenheit, respectively. (That’s the “wet” in “wet dress rehearsal test.”) Their goal was to simulate the entire countdown process to just under T-10 seconds—the closest thing to a real launch without firing up the core stage’s RS-25 engines.

Throughout the test, Spaulding and his colleagues monitored instruments, pressures, temperatures, and valves to check that all the systems were working within acceptable parameters. (“If it turns out they’re a little outside of the limits, that’s what we want to know now—if there’s something we need to fix or adjust,” he had said in the days leading up to the rehearsal.)

The test revealed the need for several adjustments. The process was delayed the first time on April 2 by lightning bolts, which hit the towers around the rocket. Then the following day, NASA officials encountered problems with launch tower fans and their backups, according to Charlie Blackwell-Thompson, the Artemis launch director. These fans provide pressure in the mobile launcher, the tall structure next to the rocket, to keep out hazardous gasses. That led to a delay while the fan malfunction was resolved.