It’s hard to believe that I first encountered TruMedic’s Instashiatsu+ back and neck massager nearly four years ago, because the device has acquired a permanent home in my living room. I still use it with regularity. Few gadgets—particularly novelty ones—occupy such prime real estate and stand such a test of time.

But progress can’t be stopped even in the world of automated massage systems. As such, TruMedic has revamped and upgraded the Instashiatsu+ with a new model known as the MagicHands TruShiatsu. So, is it worth the upgrade?

First, the massager maintains the overall design of the Instashiatsu+, with two sets of rotating balls that simulate the kneading motion of human hands. These balls are set into a large unit that rests on your shoulders. Two straps hang down from either side, into which your arms are placed. The straps let you assist gravity by pulling the massager into your neck and shoulders so you can get to deeper levels of tissue.

If nothing else, the MagicHands system is much more stylish than its predecessor. The Instashiatsu+ comes only in an antiseptic gray, accented with a hospital-gown shade of blue. The new MagicHands is available in three bright colors, with black accent stitching holding it all together. 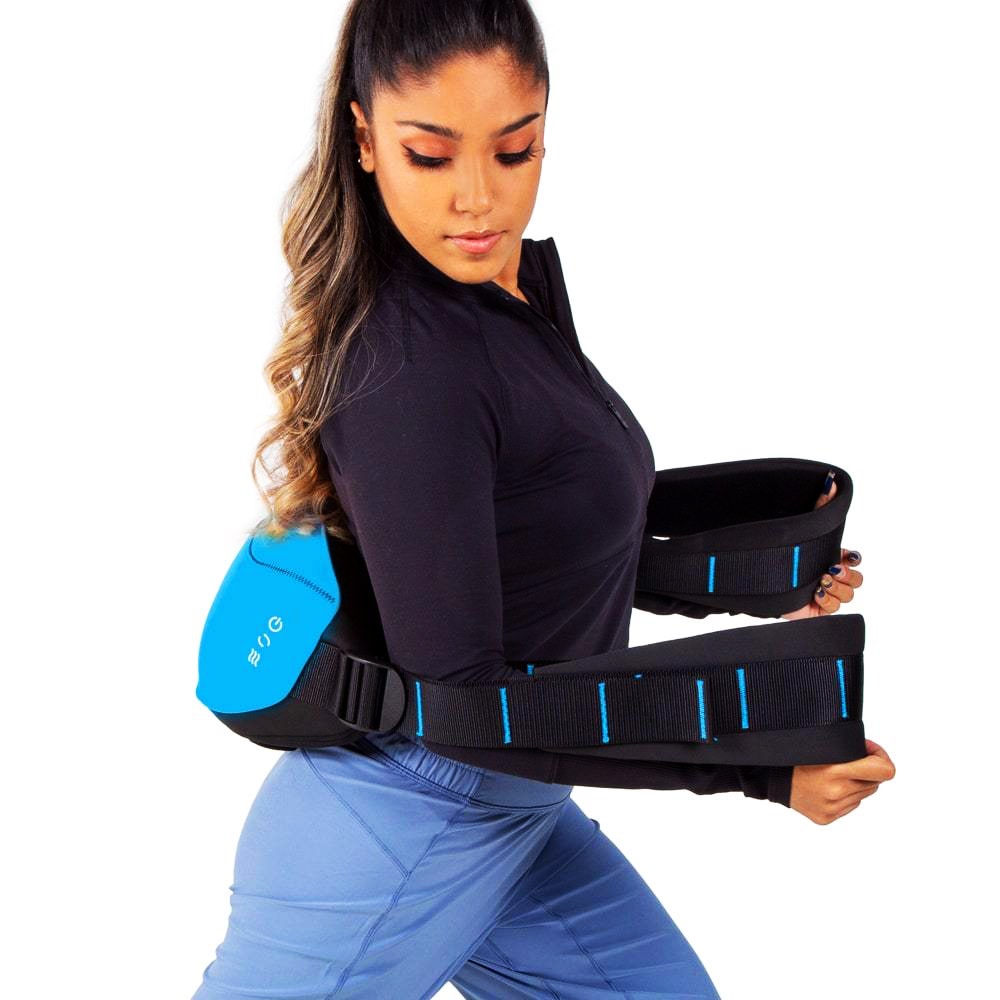 MagicHands also relocates all the controls from the arm straps to the massage unit. You can no longer see them, but since there are only three buttons, a little trial and error is all it takes to activate or disable heat, reverse the massage direction, or power the unit on or off. The straps are now adjustable, too, so those with outsized (or undersized) torsos can get a better fit.

But while the MagicHands device certainly looks a whole lot better than the original massager, I have to say it doesn’t perform quite as well. The massage power is just as deep and intense, but the design has been tweaked so that it’s not as effective. After hours of comparing the two devices, the main issue is that the older Instashiatsu+ has a small dip on the top of the massager that cradles your head and supports your neck while it’s working. In contrast, the newer MagicHands is designed with a flat shelf across the top. It’s uncomfortable to rest your head on, and this gets worse as you use it, the unit kicking your head up and down as it kneads your neck meat. This isn’t a concern if you’re using the MagicHands on other parts of your body—it’s great on the lower back—but for most of us, it’s the neck and shoulders that need the real work, and MagicHands can be quite jarring here.

Like the Instashiatsu+, the MagicHands unit has infrared heat built in, but I never found it as warming as the older unit. Sure enough, when I measured its temperature after a full 20-minute session (the maximum running time in a single sitting), it barely topped 88 degrees. The older Instashaitsu+ hit 95 degrees after the same amount of time, and you can feel the difference. On the plus side, overall battery life remains constant at about two hours.

Perhaps the biggest concern is the shift in price. While the Instashiatsu+ ran a mere $120 at launch, the MagicHands has a $300 list price—though the street price widely sits at $200. That’s a particularly tough sell when you consider the Instashiatsu+ is still available now for as little as $90. That older model remains a product I’d recommend over the MagicHands in every dimension except for looks. When it comes to sore shoulders, I’m willing to forgo the fashionability.