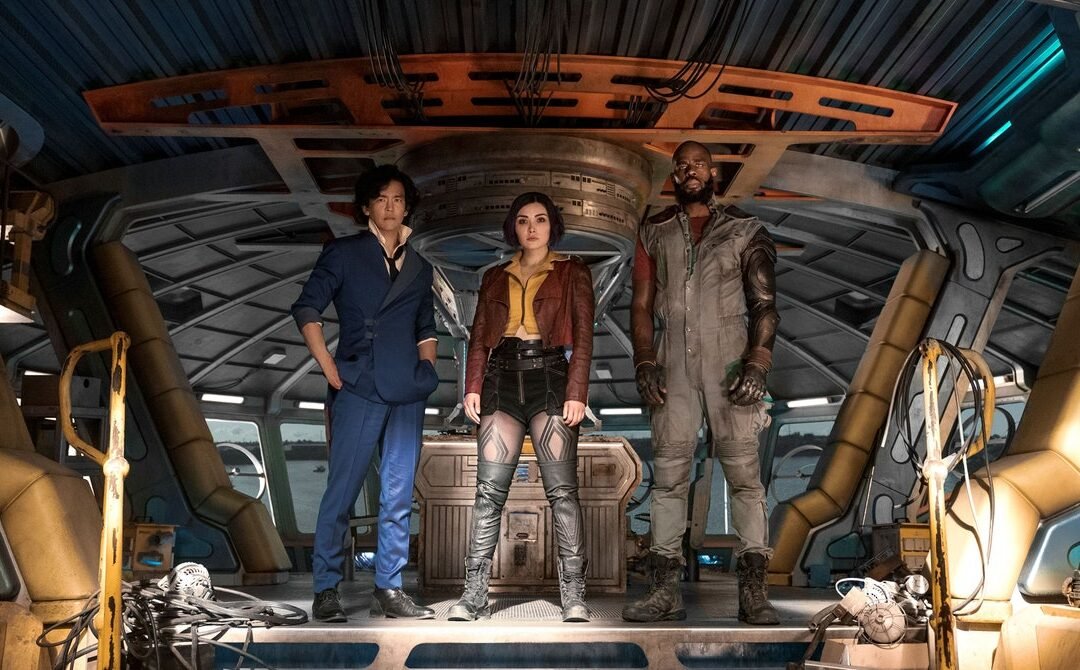 It’s trite to say Netflix’s Cowboy Bebop breaks the fourth wall. Definitionally, as a live-action adaptation, it has to—a certain self-consciousness is necessary to translate a cult-classic anime into the third dimension. If it didn’t nod to the frothing buildup of 23 years of fandom, the show would appear detached. So, nod it does. It re-creates the famous jazz-backed intro. Actors do their best to voice lines copy-and-pasted from the anime, but with added verve. At one point, Faye Valentine specifically says the phrase “I’m not gonna carry that weight,” a throwback to the melancholic ending scene of the original series: “You’re gonna carry that weight.”

Cowboy Bebop is held up as anime’s north star, an entirely unobjectionable “favorite” for dabblers and heads alike. It’s got the characters of a noir film, Jackie Chan action sequences, music out of a New York jazz club, and the superstructure of a space opera. And because it’s episodic and not very plot-driven, Cowboy Bebop evades the classic anime pitfall of gating affecting moments behind dozens of filler episodes. Everyone likes it, because it’s good and because it’s for everyone.

Announced in 2017, Netflix’s Cowboy Bebop was always going to be disappointing to fans of the original anime. There’s no way around it; the bar was stratospheric, lifted higher by the infinity of the animation medium. Live-action anime adaptations, generously put, have long failed to engineer the heart of their source anime. (See: Fullmetal Alchemist, Ghost in the Shell, Death Note). A large and persuasive contingent of otaku would argue it’s simply not possible to adapt the artform, particularly sci-fi anime, to live-action without it feeling paraphrased.

Early teasers and trailers indicated Cowboy Bebop would be reverent, at least, with broadly brushed portraits of its stickiest scenes. And blessedly, showrunner André Nemec, known for Mission Impossible: Ghost Protocol, cast the right people: John Cho as Spike Spiegel, Daniella Pineda as Faye Valentine, and Mustafa Shakir as Jet Black. (The show’s standout performances come from Elena Satine and Alex Hassell, respectively playing Julia and Vicious—characters even the most ardent Cowboy Bebop fans will concede are underutilized.) Describing the anime as a “roadmap” during an interview at the RE:WIRED conference last week, Nemec elaborated that Cowboy Bebop “presents an optimistic view of the future in that it should be multicultural and gender-fluid.”