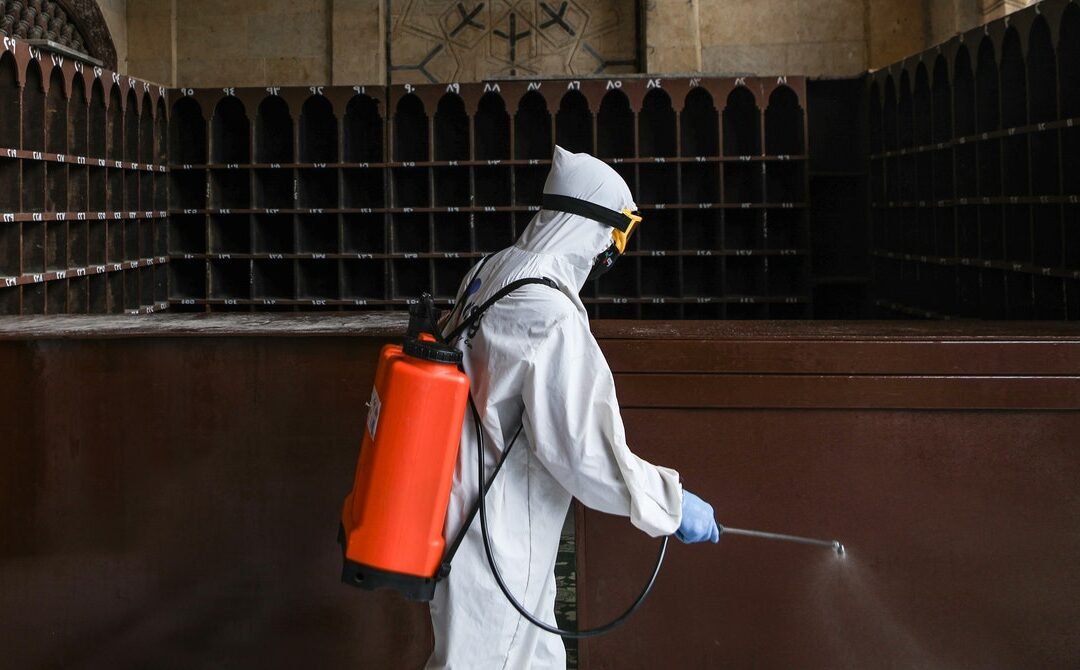 Bill Gates is dressed as the Joker. His hair is fluorescent green, his face painted white and his elongated smile is cut into his face. In his hand is a large needle, filled with bright green liquid. The Facebook post has been shared more than 700 times and viewed by thousands of people. Below it, a caption teases Gates’ “horror plan.” It’s a baseless conspiracy theory that has torn through Facebook throughout the pandemic. But this post is different. It’s in Arabic—and it’s just one example of a much larger problem.

Across dozens of Arabic pages and groups, dangerous conspiracy theories about the pandemic are racking up millions of views and likes. New research from the Institute of Strategic Dialogue (ISD), which has been shared with WIRED, shows vaccine falsehoods are rampantly spreading in Arabic on Facebook. Sophisticated disinformation operations have racked up millions of views on videos promoting vaccine disinformation and built up hundreds of thousands of followers. And while Facebook has repeatedly been criticized for failing to tackle this problem in English, little attention has been paid to the scale of the problem in Arabic, a language spoken by more than 400 million people.

Between January 1 and February 28, ISD researchers found 18 Facebook pages and ten groups sharing pandemic-related misinformation and conspiracy theories in Arabic. They had a combined following of more than 2.4 million people. “It was way too easy to find this content,” says Moustafa Ayad, ISD’s executive director for Africa, the Middle East and Asia. Facebook’s popularity in the Arab world has soared in recent years, with more than 164 million monthly active users being reported in 2019.

To get an idea of the scale of Facebook’s Arabic disinformation problem, Ayad and ISD analyst Ciaran O’Connor created a list of key pandemic-related words and searched for pages and groups that used them. Using CrowdTangle, a Facebook-owned analytics tool, they then produced a snapshot of the most prominent communities, including groups with up to 100,000 members and pages with up to 650,000 followers.

Some of it is brazen: group names, when translated from Arabic, included phrases such as “Corona lie”, “Covid-19 conspiracy”, and “No vaccine Corona has not ended.” Posts on these pages contain false claims about vaccine ingredients, production and rollouts. They also spread baseless conspiracy theories claiming that the world is about to end and that the pandemic has been fabricated as a way to control people.

Amongst this sludge of lies and mistruths, Gates emerges as a common theme. The Microsoft founder is a central figure in Western conspiracy theories around the pandemic and these same lies have been translated into Arabic, with text or voice-overs added to videos and images. One page, which has more than 134,000 likes, has pushed a video about Gates’ “horror plan”, baselessly accusing him of wanting to depopulate the planet and make money from vaccines. (There is no evidence this is true.)

Other conspiracy theories related to Gates that have gone viral in Arabic on Facebook include suggestions that people should “get ready for the Hunger Games.” Another video shows him with his lips sewn together. Many of the videos have been shared hundreds of times. “I’m talking about videos with millions of views about Bill Gates blocking the sun, or Bill Gates plans to put the mark of the beast in individuals through an injection,” Ayad says.

The videos are so absurd and blatantly false that it should be easy for Facebook to identify and remove them proactively, the ISD researchers say. Their report says Facebook’s moderation of Arabic misinformation isn’t as effective as it is in English. “You can’t just address it in one part of Facebook,” Ayad says. “You have to address the communities across the board.”