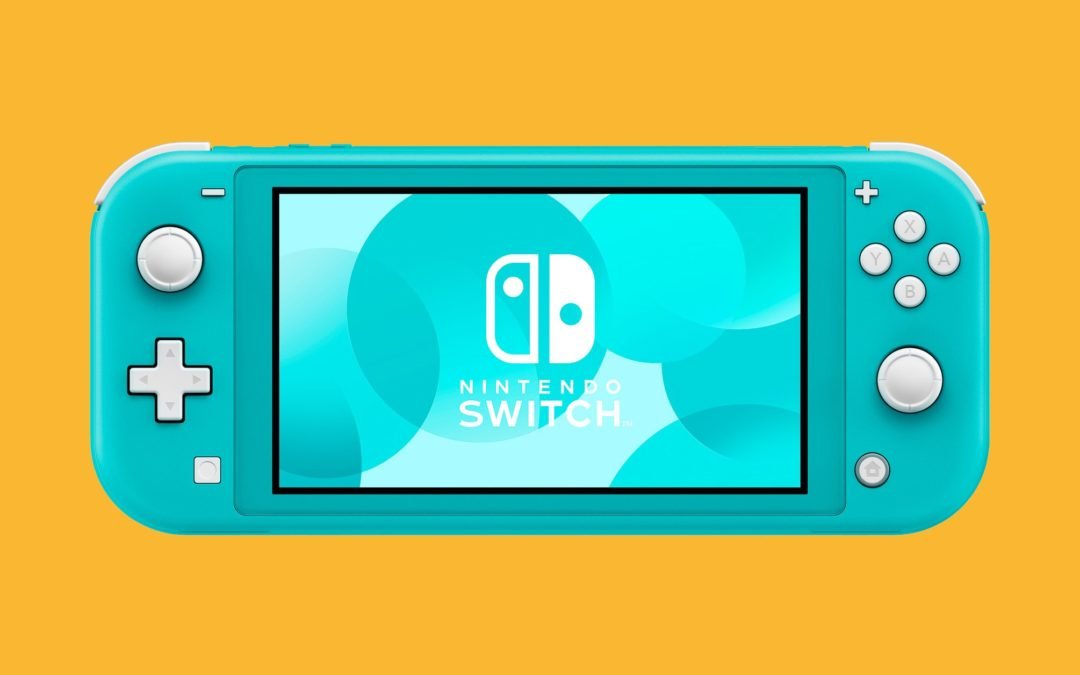 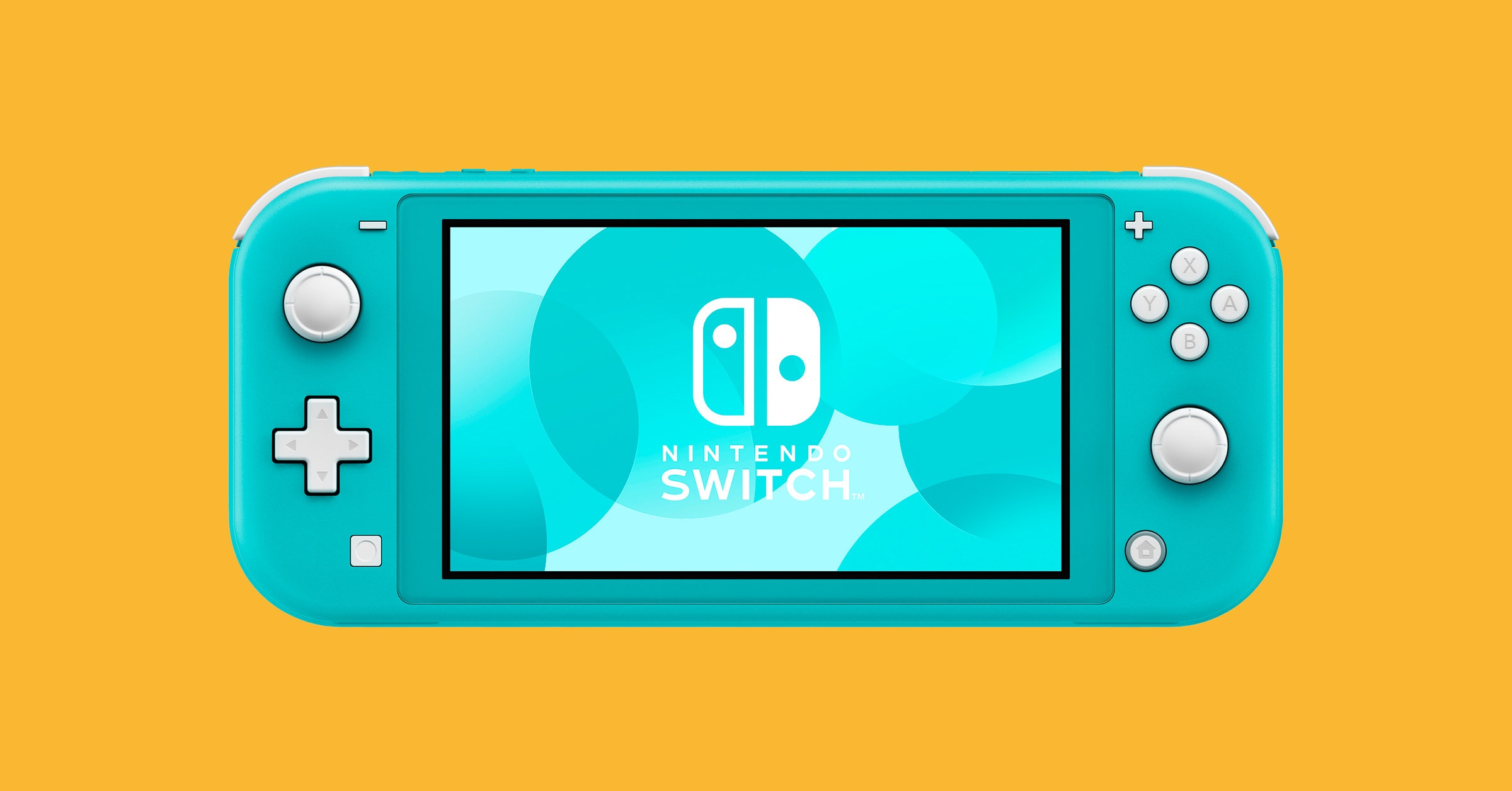 What is the definitive Nintendo handheld? Ask around and you’ll get a different answer each time. For me, the Nintendo DS Lite remains king, in all its stylish, small, sturdy-as-hell glory. It was the perfect pocket-sized revision to the chunky DS that allowed me to sneak Sonic Rush into my elementary math classes and zip around, collecting emeralds instead of learning my multiplication tables.

With the Nintendo Switch Lite, Nintendo is hoping to snag a new generation of kids with a slightly more backpack-ready version of its popular Switch console.

Sure, the smaller size sets the Switch Lite apart from its larger Switch cousin, but the aside from that, the key differentiating feature is your television. The standard Switch is a hybrid game console that can work as a handheld machine, or can be slid into a dock so you can play games on your TV screen. The Lite is mobile-only and does not connect to a big screen. It doesn’t have removable controllers on its side, either. (Read our guide for more info on the differences.) Despite its inability to broadcast to a TV, the Lite can still play most Switch games that support portable mode.

I had the opportunity to try out Mario Kart 8 Deluxe and The Legend of Zelda: Breath of the Wild at Nintendo’s ritzy Switch Lite hands-on event in New York City. (And I do mean ritzy; they served hummus in glass jars.) Both games ran well and I walked away quite impressed. Frame rates were steady and the Lite’s 720p screen was as vibrant and crisp as the regular Switch. It played like a Switch in portable mode.

Not having detachable Joy-Cons felt strange, though. Since the controllers for the Lite are baked into the hardware, you can’t pop them off the sides of the screen. It made the Lite feel a lot like Nintendo’s old Wii U gamepad—the cumbersome, bulky progenitor of the Switch family. The Lite is definitely a lot slimmer than that gamepad, but holding it feels similar.

The lack of detachable Joy-Cons has another side effect: The Lite can’t natively play games that require motion controls. You can link extra Joy-Cons to the Lite to remedy this, but you’ll need to buy them (and a Joy-Con charger) separately. These Switch accessories will set you back nearly $100. Add on the $200 you’re paying for a Switch Lite, and you’re back up to the standard Switch’s $300 price tag, but without the ability to connect to a TV.

To complicate things more, Nintendo also just released a new model of the standard Switch that has longer battery life than the Lite.

In many ways, the standard Switch is a smarter investment. So I asked Nintendo: Why buy a Lite?

Nintendo’s manager of product marketing JC Rodrigo and assistant manager of public relations David Young both had a simple answer to that question: It’s a choice. A lot of companies use the word “choice” as a piece of disposable PR jargon, but in this instance, Rodrigo and Young were onto something. They said the Lite would be a smart pick for people who only want the Switch as a handheld, for families who already own a standard Switch but have more than one person eager to take it out of the house, and for entry-level gamers who aren’t ready to buy the full flagship console.

The Switch Lite isn’t meant to be an optimal choice when compared to the standard Switch, but it could be the best personal choice depending on your circumstances, they argue.

In my mind, it doesn’t make much sense to spend $200 on a Lite when you could put down an extra $100 for more versatile, superior hardware, but Rodrigo’s and Young’s statements did make me think about the kids out there stockpiling allowance money. That $100 in savings could make the difference in whether they can get a Switch at all this year. It would’ve for me, back when I was young enough to think shoveling snow off my neighbors’ sidewalks was the peak of gainful employment.

It does seem like the smaller and slimmer Lite is designed with kids in mind, especially when you look at the system’s color options: yellow, turquoise, and gray.

I would love to see how young kids reacted to the Lite, free from my very adult concerns about the system’s overall value. The hands-on event had waiters serving mini ice cream sandwiches, but the best I could do was pretend to be a kid again.

Doing so did make me wonder how much punishment the Lite can endure—a question every wise parent will ask before buying—though it’s likely stronger and sturdier than it felt. It takes time to adjust to the fact the Lite isn’t a palm-sized brick like the DS and 3DS. It’s a skinny two-handed tablet with thumbsticks poking out and an exposed screen.

Despite the marketing talk, I couldn’t believe Nintendo would leave out the ability to “switch” to a TV from the Switch Lite entirely. I asked a couple Nintendo employees at the event if there was a chance it would be dockable in the future. They all refused to say “no,” but said the same thing: The Lite is a portable experience.

Nintendo could release a Lite TV adapter cord or dock in the not-so-distant future. It just doesn’t want to talk about that possibility now.

There are a lot of amazing games for the Switch, and many reasons you might want to save 100 smackaroos and opt for a Switch Lite. It’s a good handheld choice for many, and may be the only choice for some. I don’t know if the Switch Lite will become my favorite handheld system ever, but it may earn that crown from a new generation of kids when it hits shelves September 20.