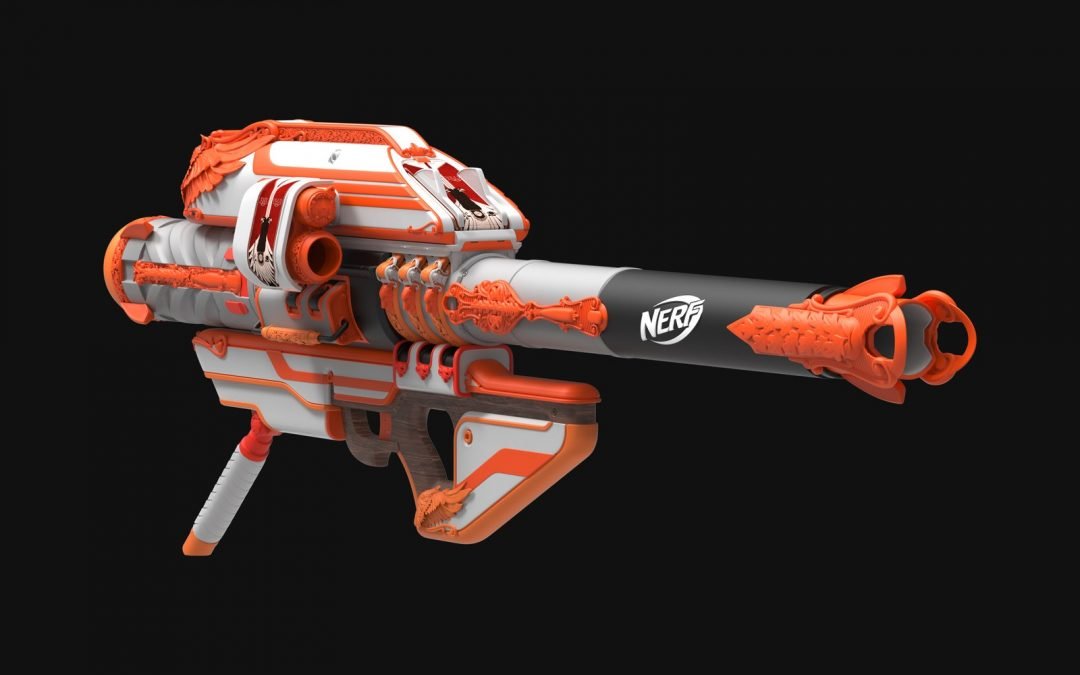 Destiny‘s most iconic weapon, the rocket launcher Gjallarhorn, is making a comeback. “Gjally,” as it is affectionately called, dominated the original Destiny after its introduction in 2014, but has so far been missing from Destiny 2. Until now.

Bungie, Destiny‘s developer, is bringing Gjally back to celebrate the company’s 30th anniversary. The rocket launcher is now available in Destiny 2 if you purchased the Bungie 30th Anniversary pack.

Bungie also partnered with Nerf to unveil a special edition Nerf LMTD Gjallarhorn blaster to celebrate. Announced today and available for preorder next year, the Nerf version of the Gjallarhorn probably won’t launch tracking rockets that will make your enemies regret challenging you in the first place, but it’ll certainly look impressive in your hands.

I asked the team responsible for Gjally’s return how they plan to bring it back in a way that’s fun, how Nerf got into the picture, and if they have any special memories of the original Gjallarhorn (or anything they noticed while testing the new one that they wanted to share).

First of all, if you played the original Destiny, you might know how, even though Gjally made an appearance early on, it wasn’t until Year 2 that everyone caught on to exactly how powerful the rocket launcher could be—to the point that, in some cases, players insisted that teammates had one when trying to clear endgame content.

The rocket launcher came to be loved, hated, and feared in PVP and PVE activities. While the team demurred when I asked about whether or not the new Gjallarhorn would be as powerful as it was in its former life, the team offered up some other great details about its introduction to Destiny 2.

First, I asked why, during Bungie’s 30th anniversary, the team decided to bring Gjally back. A number of popular Destiny weapons have been finding new lives in Destiny 2, but why is it now Gjally’s turn?

“One of the major goals for the 30th anniversary was to bring iconic weapons from Bungie’s history into Destiny 2, which made it an easy decision for the team to bring Gjallarhorn back,” says Brandon, a designer working on Destiny 2 who asked for his last name to be omitted for privacy reasons. “This was the perfect opportunity as well, because having a release dedicated to Gjally and other iconic weapons allowed us to put a lot of love into updating the weapon’s visuals, audio, and design for Destiny 2.”