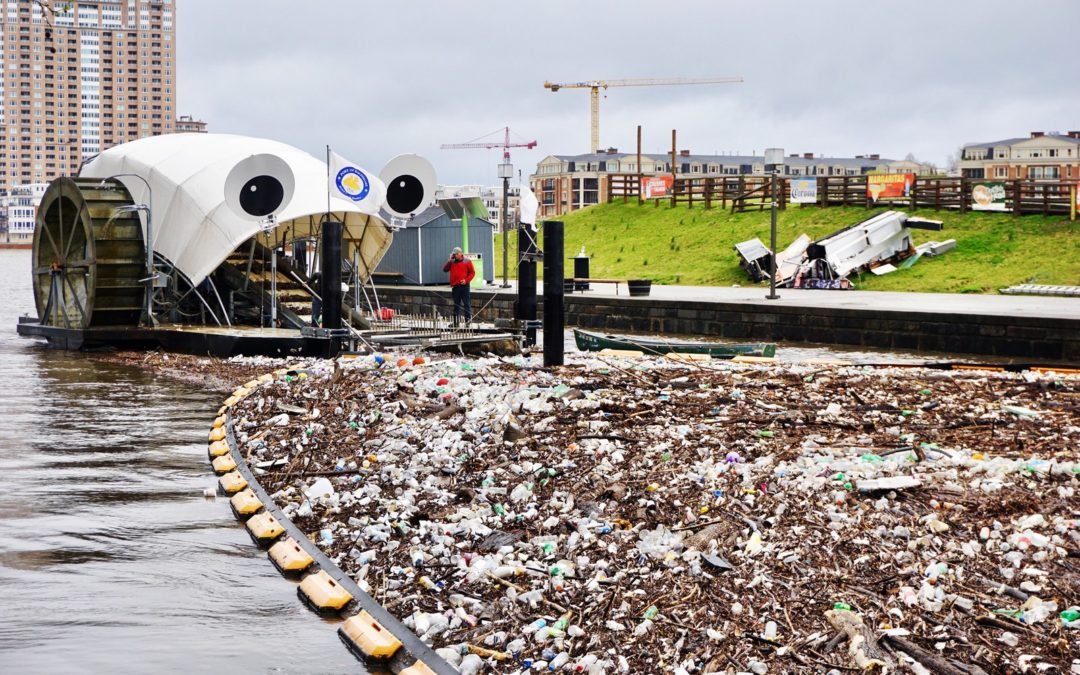 Whereas Mr. Trash Wheel was purpose-built for Baltimore, The Ocean Cleanup designed its barge to be mass-producible. And it’s significantly higher tech: Baltimore’s barge uses a water wheel to power its conveyor belt, with solar power as backup, while The Interceptor is fully solar powered. Trash flows up its belt (Boyan Slat, founder and CEO of The Ocean Cleanup, demonstrated today with a flow of rubber duckies) and into a “shuttle” bin, which deposits the waste in one of six dumpsters situated below. Once the barge is full, the system sends a text message to operators in the area, who come with a tug boat and pull the bins to shore. It can capture some 50,000 kilograms of trash a day, and is designed to last 20 years.

The Ocean Cleanup says The Interceptor is also easily transportable to rivers around the world. Not all rivers, mind you, but by singling out the worst plastic emitters, the group can make a bigger dent in the problem. “About 1,000 rivers contribute 80 percent of terrestrial emissions,” says Laurent Lebreton, chief scientist at The Ocean Cleanup. “So if we want to reduce significantly plastic emissions into the ocean, we want to tackle those rivers.” 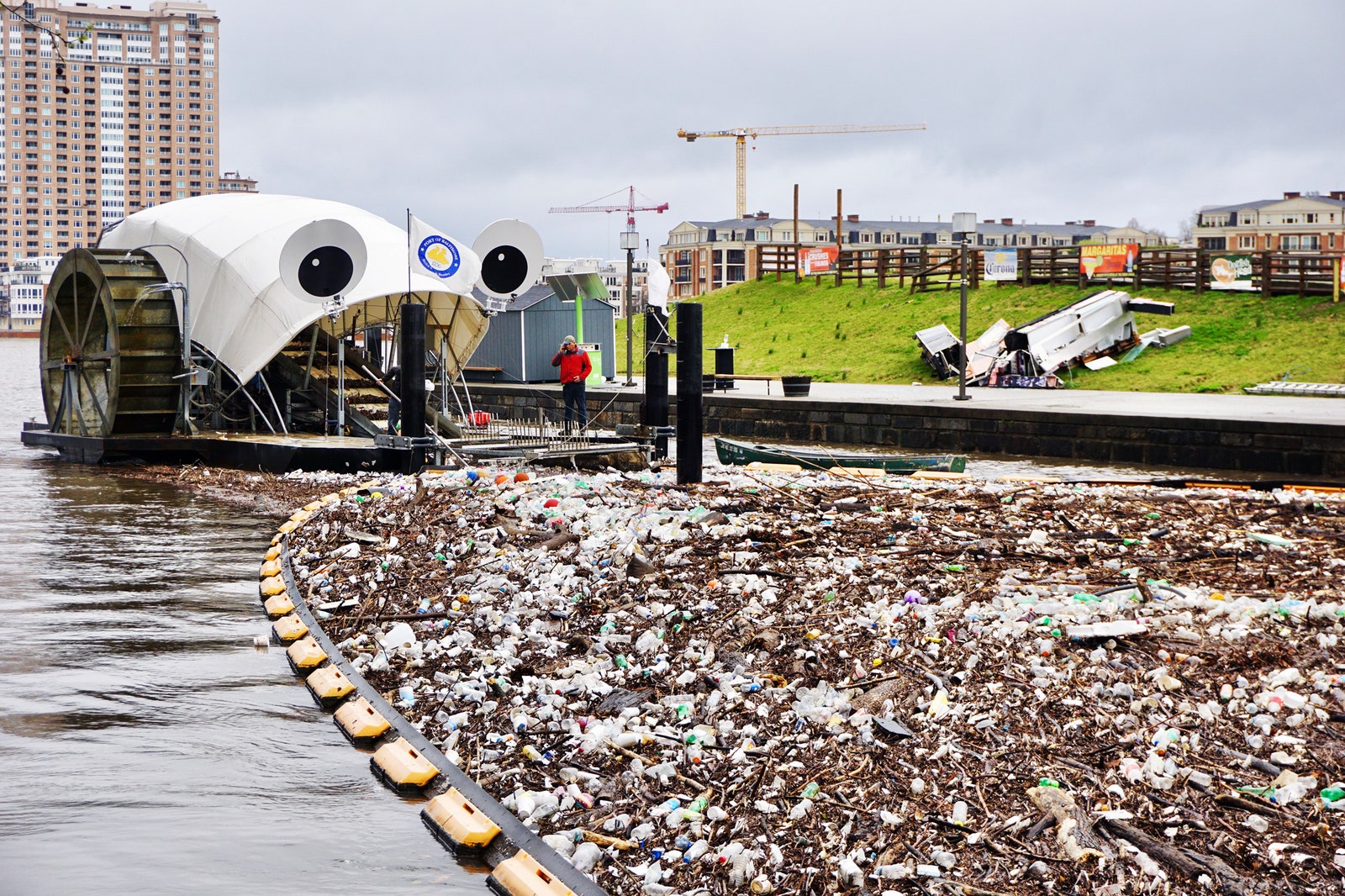 Courtesy of Waterfront Partnership of Baltimore

We know that rivers are spewing massive amounts of plastic, but where that plastic eventually ends up has been harder to pin down. Even by The Ocean Cleanup’s own calculations, the far-offshore gyres it had been trying to tidy up with its big tube hold a tiny fraction of ocean plastics: Perhaps .06 percent of plastics from coastlines make it out to gyres, the rest likely caught in a perpetual cycle of washing out a bit, then returning to shore, then washing out. “I would argue almost any weekend of beach cleanup could probably capture more trash than they’ve collected in their six, seven years in business,” says Marcus Eriksen, who studies ocean plastic and directs the 5 Gyres Institute. “If you want to solve a problem, you go upstream or downstream. And the further you go downstream, you just keep on adding dollar signs to the cost of the mitigation.”

Courtesy of The Ocean Cleanup

Another perk of the upstream method: propaganda—the good variety. Mr. Trash Wheel doesn’t have googly eyes so it can see the trash and move around the harbor to gobble it up, a la Pac-Man. “We put the googly eyes on it and turned it into a behavioral change campaign,” says Lindquist. “We think it’s a very, very important part not just to have an interceptor, but to have behavior change associated with those interceptors. So you’re not just endlessly picking up trash out of a waterway.”