Oh Sure, Big Tech Wants Regulation—on Its Own Terms 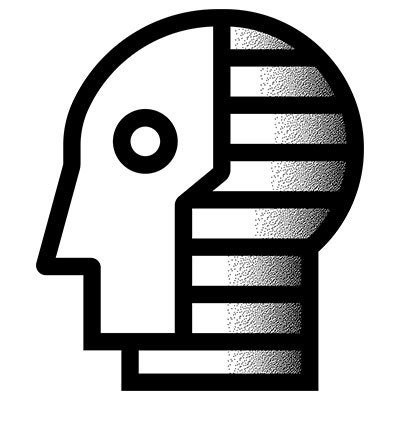 Second, tech companies rhetorically pushing for tech regulation can also be a way for those firms to further shape outcomes. There are many culprits here, but let’s look at Facebook as a telling example.

For years the company was averse to any privacy legislation. During a 2010 interview at The Wall Street Journal’s D8 conference—when Kara Swisher famously made Mark Zuckerberg sweat on stage—the Facebook CEO said that “privacy is a really important issue for us.” But Zuckerberg pushed back strongly against questions on privacy concerns and touted the user “experience.” That same year, responding to public discontent, he claimed that privacy was a dying social norm.

Times have changed, and so too have the pressures on the company to take responsibility for problems. Hate speech, disinformation, algorithmic discrimination—the list goes on. Included in these pressures is growing public support, and Congressional effort, around US federal data privacy legislation. And when Facebook realized the inevitability of some laws on this front, the company changed its tune.

In 2018, Zuckerberg expressed an openness to data regulation, caveated quickly by arguing for only limited-scope rules that allow Facebook to compete with Chinese firms. (This was based on a flawed argument.) Last year, Zuckerberg again called for certain kinds of regulation on Big Tech, while essentially arguing that Facebook isn’t a social networking monopoly and veering far away from proposals that would seriously alter its data collection and microtargeting.

Recasting US-China geopolitical tensions (once again) in a self-serving light, Zuckerberg is now advancing the argument that his firm champions free-and-open internet values. To keep doing so—in contrast to values advanced by Beijing—there mustn’t be more than just a light dusting of regulation. Some public oversight is OK, we hear again, but not that much, and not of all kinds.

Fears about Chinese censorship, surveillance, and surging geopolitical influence are pronounced in Washington. With full knowledge of this reality, Facebook can paint itself as pro-regulation while simultaneously steering policymakers away from some of the public reforms most urgently needed. It’s tech regulation with a corporate twist—propelled at Davos but hardly originating there.

The risks of allowing such firms to capture public conversation on tech regulation are serious. For all the comparisons one could draw between, say, a private social media or search engine company and a government, the fact remains that corporations answer to a bottom line. They all have shareholders; they lobby enormously in Washington, just like in every other industry. Everyday citizens can’t vote tech executives out of office.

The fact also remains that many of the problems of today’s technology sphere—from easy and large-scale foreign influence in democratic elections to the ever-expanding behemoth of corporate data collection—were in large part caused by the pursuit of growth at all costs, absent the requisite government interventions to ensure the protection of privacy and other rights.

Is this really what we’d call democratic accountability?

Congressmembers and policy wonks in Washington, to be clear, do need outside experts to help them solve technology issues. Firms might also legitimately want governments (or, at least, certain governments) to direct their actions in areas like political advertising—where compliance with government action is an easy-out reply to complaints about unethical or black-box decisionmaking.

But Marietje Schaake, a former member of European Parliament, said it best when she warned, “beware of tech companies playing government.” At a time when countries like China, Russia, and Iran are pursuing techno-enhanced authoritarianism, and when countries like the US and the UK need to curb a growing domestic surveillance state, address algorithmic discrimination, and prevent companies from engaging in harms like selling surveillance tools to human-rights abusers, citizens and policymakers alike should desire democratic technology regulation more than ever—establishing strong norms at home and abroad. And that includes a public conversation about technology governance not captured by those who’d be regulated in the first place.