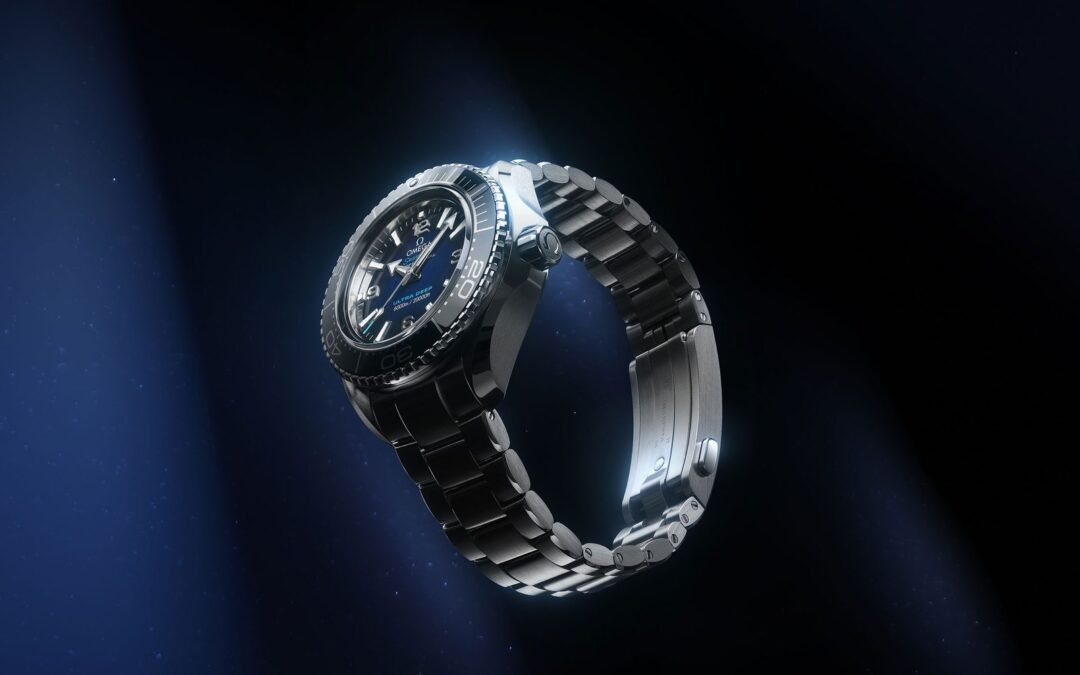 An unfortunate thing happened in the testing of a prototype of Omega’s new Ultra Deep diver’s watch. Due to an equipment malfunction, one of the three FOD-X watches (“full ocean depth experimental”) was left at the bottom of the Mariana Trench, some 10,928 meters down, the deepest point on the planet, for two and a half days.

The entire mission time for the planned dive and the extreme pressure test in 2019 was supposed to be 12 hours, with only a portion of that period spent at the bottom of the trench. No one intended for the watch to spend more than two days at such depths, where the pressure is 16,000 pounds per square inch—conditions that would incidentally do very nasty things to your body.

That 2019 concept watch was called the Seamaster Planet Ocean Ultra Deep Professional, and impressively, it emerged from its unplanned seabed ordeal not only unscathed but having lost only one second of time during the whole misadventure.

Now, nearly three years later, Omega has managed to take this extreme concept dive watch and manufacture a production version, called simply the Ultra Deep, capable of withstanding depths up to 6,000 meters. While not having the same depth rating as the concept, it is good enough to get the watch to the start of the hadal zone, the deepest region of the ocean.

In comparison, the Rolex Deepsea is rated to 3,900 meters. First appearing in 2008, at the time the Deepsea more than tripled the water resistance of Rolex’s next best diver, in part thanks to 5mm-thick sapphire crystal to battle the underwater pressure. With the production version of the Ultra Deep, Omega has raised the bar significantly on performance dive watches.

Starting at £10,060 ($13,200 in US dollars), there are seven iterations of the 2022 Ultra Deep. It’s understandably chunky in design, considering the pressures it is built to endure. But with a 45.5 mm case and thickness of 18.12 mm it is slimmer than the concept, despite the domed sapphire crystal covering the dial having to cope with 7.5 tons of pressure. And while there’s a choice between the usual rubber and steel bracelets, the flagship version is made from sand-blasted grade-5 titanium, and comes on a NATO strap made from polyamide yarn sourced from recycled fishing nets.

In a welcome echo of the concept, Omega has kept the design it created for the lugs on this titanium model, the watch parts that connect the strap to the case. Integrated into the case body, they are left open, as this apparently decreases stress points at ocean depth. Omega has termed them “manta” lugs due to their resemblance to the manta ray’s cephalic lobes.