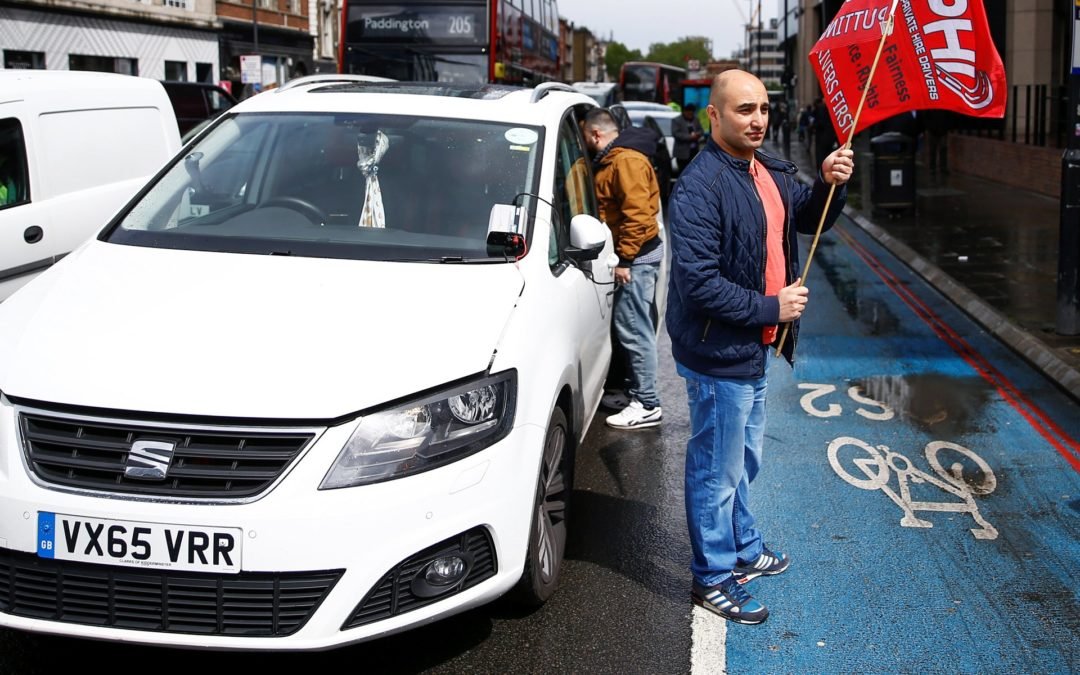 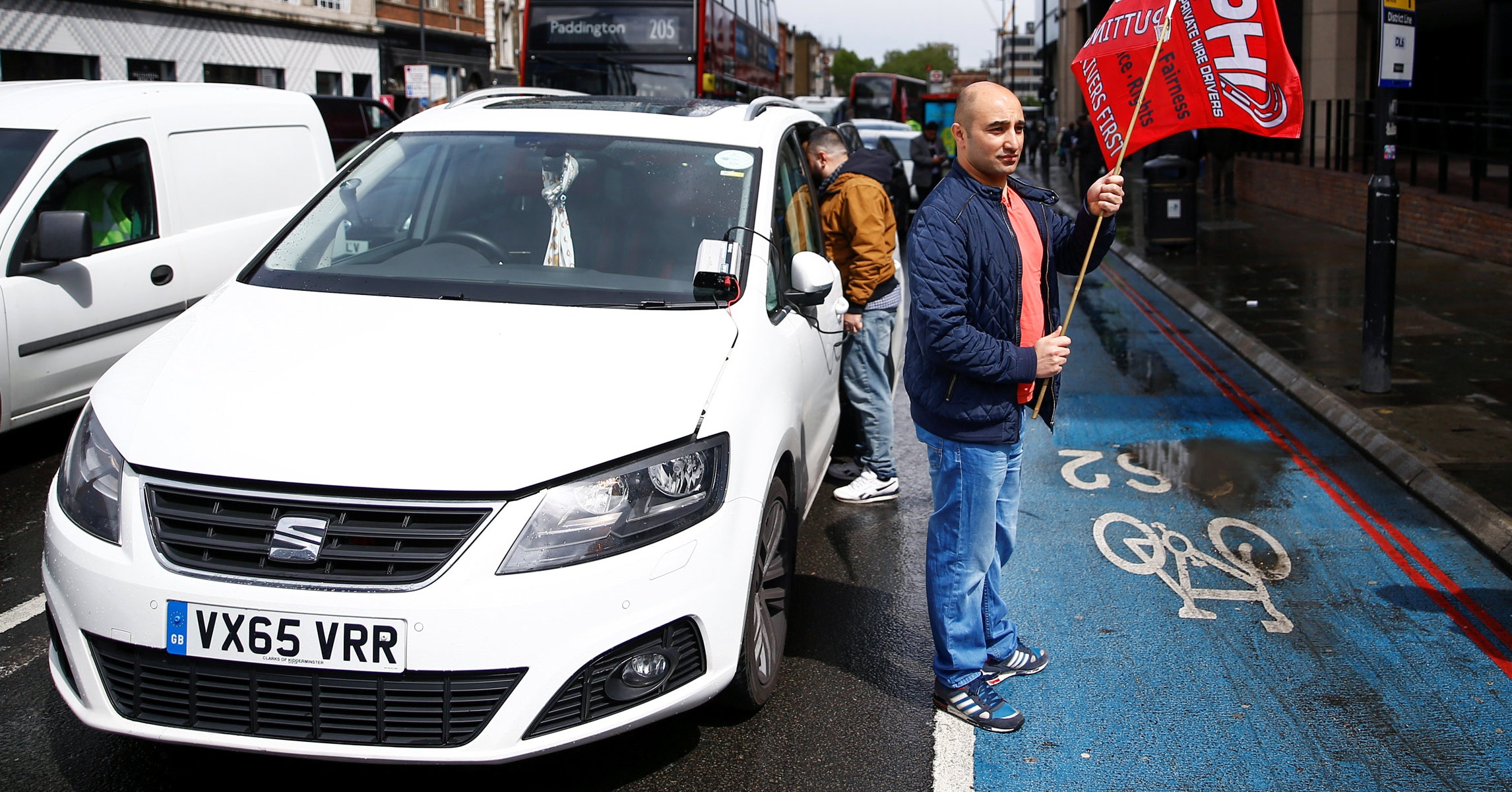 If you measure a strike or a boycott by how badly it disrupts the day-to-day life of its targets, Wednesday’s action by drivers for the Uber and Lyft ride-hailing apps doesn’t appear to have made much of a mark. In New York and San Francisco, ride-hail vehicles appeared plentiful, and prices—whether by algorithmic magic, or because supply actually balanced out demand—were level with the day before.

But the strikes earned drivers and their allies a fair bit of notice—notably, among the political movers and shakers who power regulations, and who might soon have more of it. By midafternoon Wednesday, three Democratic presidential hopefuls had issued statements supporting the action, with Senator Bernie Sanders, a frontrunner, creating a slick video for social media. Representative Alexandria Ocasio-Cortez of New York said refusing to take an Uber or Lyft on Wednesday was “Your Direct Action for today.” The hashtags #UberLyftStrike and #UberStrike trended on Twitter.

Indeed, earned visibility seemed a major theme, as what looked to be a fraction of the millions of drivers who work on the tech companies’ platforms turned off their apps for periods of two to 24 hours on Wednesday. Cameras swarmed small-ish demonstrations in Melbourne, Australia; Birmingham, London, Glasgow, and Nottingham in the UK; and Atlanta, Chicago, Los Angeles, New York, Washington, DC, and in front of Uber’s headquarters in San Francisco in the US.

Demands varied by locale; the messages were mostly generalizable: Drivers want an hourly minimum pay. (Last May, the Economic Policy Institute estimated that Uber drivers make the equivalent of $9.21 an hour after expenses, or below the minimum wage in 13 of the 20 major markets where it operates in the US.) They want a cap on the ride-hail apps’ commissions, which today sits around 25 percent, depending on the market. They want sick pay, and some want to be recognized as employees rather than independent contractors. They want transparency, after many have criticized the companies for altering payment algorithms and deactivating drivers with little recourse. And they want recognition, a seat at some sort of bargaining table.

Organizers say that this month, the divide between drivers and those on the other end of the mobile apps feels starker than ever. Uber CEO Dara Khosrowshahi made more than $45 million in salary and stock last year, and will likely gain a multimillion-dollar payday when Uber hits the public market. Lyft CEO Logan Green received over $41 million in 2017, and held a $675 million stake in his company when it went public. Both ride-hail companies offered one-time bonuses to drivers who had reached a certain number of trips, and have reserved a percentage of shares for direct sale to “qualifying” drivers, but some argue it’s not enough. “Where’s our stock?” drivers chanted during a Wednesday protest in Long Island City, Queens.

But organizing drivers for ride-hail applications presents distinctly 21st-century challenges. Only Lyft and Uber know exactly who drive for their platforms, which means the whispers that build union organizations have to be transmitted on the internet, via driver forums, and only to those who seek them out. It also means that the social pressure a worker might feel to not cross the picket line all but disappears. In San Francisco, some drivers circled Uber’s headquarters to honk their support for the 100 or so demonstrators gathered there, their apps logged off. Others shot by, passengers in their back seats.

So maybe it’s no wonder the strike didn’t bring the billion-dollar companies to their knees. Maybe that wasn’t the point. Solidarity was another theme, the word peppered on posters in Queens, where red-shirt-wearing members of the Independent Drivers Guild, an affiliate of the Machinists Union that represents tens of thousands of for-hire drivers in the city, gathered to protest. (Solidarity, quite literally: IDG receives some funding from Uber, and some of its drivers “stood in solidarity” with the strike rather than participated.)

In San Francisco, drivers seemed outnumbered by non-driver supporters. Members of the Democratic Socialists of America passed out leaflets. Organizers for Gig Economy Rising coordinated with police officers as demonstrators shut down a block of busy Market Street. Members of the Tech Workers Coalition carried a sizable “All Workers in Tech: We’re stronger … TOGETHER” banner. People passed out copies of The Militant, a socialist newsweekly. The Brass Liberation Orchestra, a progressive demonstration mainstay in the Bay Area, banged on drums and took to tubas. (One of its members said she drives for a ride-hail app.)

In statements, the two ride-hail companies said they valued drivers. “Drivers are at the heart of our service─we can’t succeed without them─and thousands of people come into work at Uber every day focused on how to make their experience better, on and off the road,” an Uber spokesperson said. “We know that access to flexible, extra income makes a big difference for millions of people, and we’re constantly working to improve how we can best serve our driver community,” said a Lyft spokesperson.

Back in front of Uber’s headquarters on San Francisco’s Market Street, the crowd finally parted to let through a city bus. The driver stuck out his hand as he crawled by, a thumb up.