One Question Will Probably Decide the Epic-Apple Lawsuit 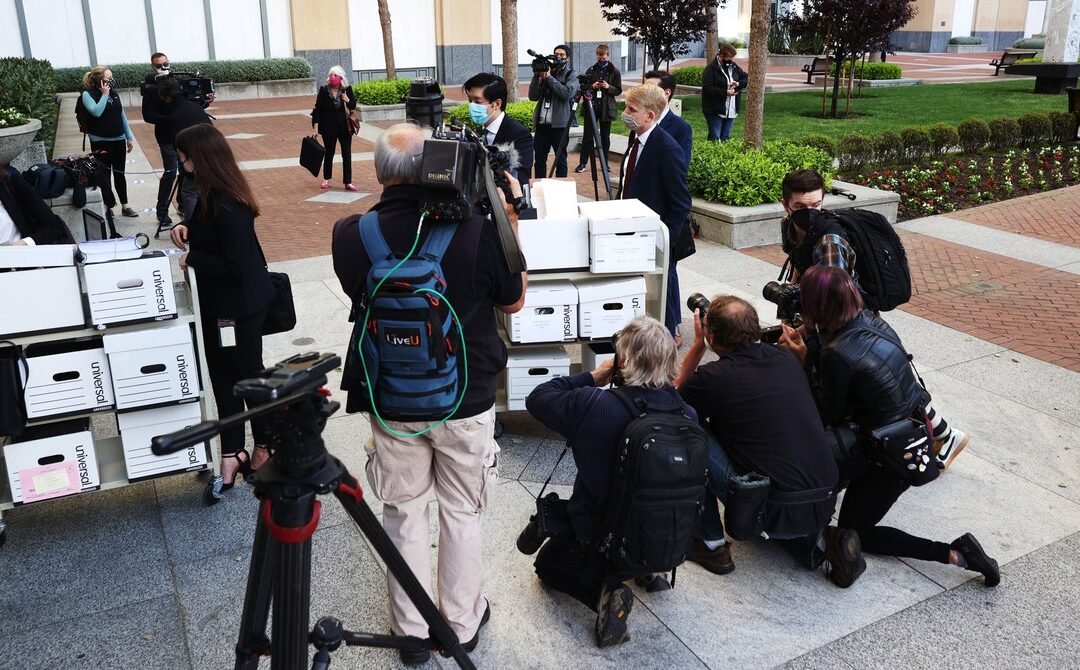 The Epic v. Apple antitrust trial is going to be complicated. Experts from each side will present consumer data and economic theories. Executives will be grilled on business practices and forced to explain incriminating emails. Lawyers will put their own spin on what it all means. But, ultimately, the case is likely to come down to a deceptively simple question: What’s the market?

In its lawsuit, Epic Games, the company behind blockbuster video games like Fortnite, accuses Apple of having built a monopoly over iPhone and iPad games by requiring all apps to be downloaded through its App Store. Apple uses that monopoly, the suit alleges, to extract unfairly high fees from developers—up to a 30 percent cut of all transactions—who have no choice but to use Apple’s payment system if they want to reach its users. (Epic makes similar complaints about Android in a lawsuit against Google that doesn’t yet have a trial date.)

In its defense, Apple makes a number of counterarguments, but the most important is this: The App Store is not a monopoly. People can download games in all sorts of other places, like Android phones, gaming consoles, and desktop operating systems. Epic can focus on attracting customers on those platforms if it doesn’t like Apple’s terms of service.

Resolving this dispute comes down to how Judge Yvonne Gonzalez Rogers, presiding over the federal trial that began this week, chooses to define the relevant market. That’s a crucial step in many antitrust cases, because to prove a monopoly, you have to show there’s a market that’s being dominated. If Rogers accepts Apple’s market definition, then Apple wins. In a market that includes Android, Xbox, and laptops, there’s no way to say Apple has a monopoly on game distribution. And if it has no monopoly, Epic’s other allegations don’t matter.

That means Epic needs to convince the judge that the market should be defined more narrowly as, simply, iOS apps. Apple, of course, has a 100 percent market share of distribution of mobile apps on its own platform. (Some owners have hacked their devices to be able to run non-sanctioned apps, a process known as “jailbreaking,” but that’s a tiny fraction of users.) So if Epic wins on the market definition issue, it automatically proves that Apple has a monopoly. That is most likely the biggest legal hurdle it has to clear.

It might sound odd to say that one brand can count as an entire market, but there is precedent for it in antitrust law. In a major 1992 case, Kodak was sued for pushing customers toward its own repair services, squeezing out the independent businesses that provided repairs and equipment for Kodak copy machines. Kodak argued that anyone who didn’t like it could stop buying Kodak machines. But the Supreme Court disagreed. Sometimes, the Court noted, “one brand of a product can constitute a separate market.” In this case, from the customer perspective, once someone owned a Kodak copier it didn’t matter that other brands were on the market. Kodak had created an “aftermarket” for repairs. The key point was something called interchangeability: “service and parts for Kodak equipment are not interchangeable with other manufacturers’ service and parts.”

Epic is making a similar claim about Apple: that the iPhone has created an aftermarket for apps. In that aftermarket, you can’t say that an iPhone game is interchangeable with an Android game, let alone an Xbox download. Some legal experts, however, are skeptical that that argument will work. Paul Swanson, an antitrust attorney in Denver, pointed out that Kodak allowed the third-party repair market to grow for years before deciding to crush its competitors, whereas Apple has designed the iPhone (and iPad) as a walled garden from almost the very beginning: Since the App Store launched in 2008, a year into the iPhone’s existence, developers have always had to go through it and accept its terms before reaching customers. Courts tend to be shy about forcing companies to change their business models.