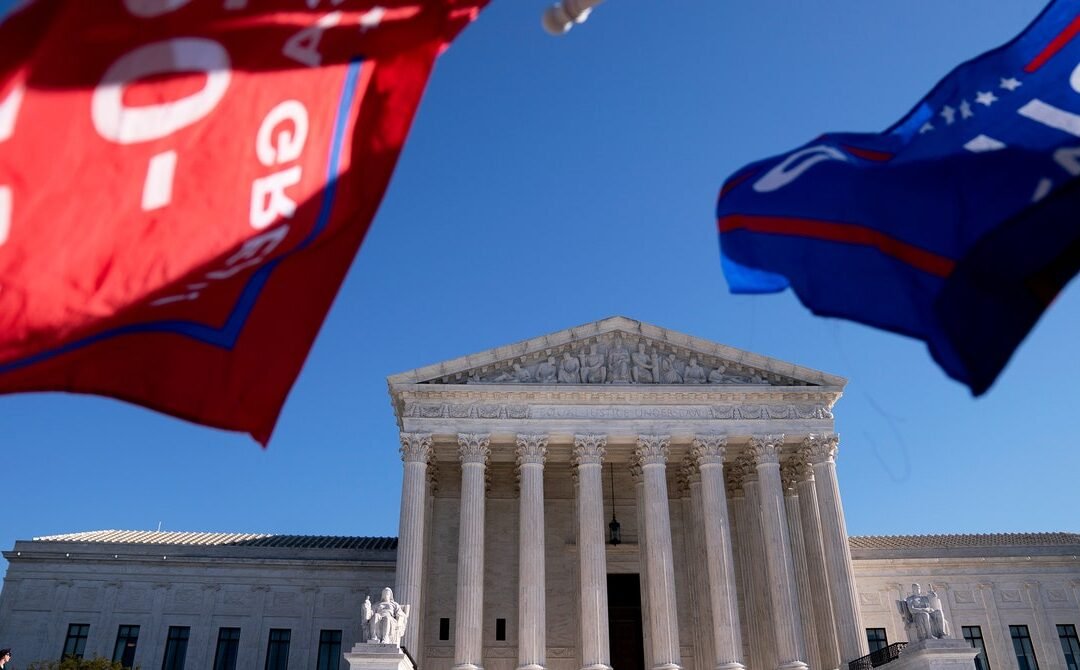 Last week was a telling time in America. In Minneapolis, tearful Black eyewitnesses, some as young as nine, described George Floyd’s last moments before police killed him. In Georgia, Republican state lawmakers passed a law restricting access to the polls that is expected to disproportionately affect Black voters. Efforts to restrict voter participation are also underway in 42 other states.

Meanwhile, in a seemingly different world, a debate over polarization in American society came to a head. After years of researchers, journalists, policymakers, and pundits blaming polarization for many of the country’s ills, and pointing to Facebook as a key source, the company’s vice president of global affairs, Nick Clegg, responded. In an essay published on Medium, the executive denied Facebook’s responsibility for polarization, and argued more broadly for the ways that individual preferences and actions shape the workings of algorithms. Not surprisingly, the essay provoked extensive criticism, especially for its arguments that Facebook plays little role in polarization.

This back-and-forth between Facebook and its critics over the role of algorithms captured much attention on Twitter among researchers, tech journalists, and reformers, but it exemplified exactly what our national debate is often missing. In a world of George Floyd’s murder and restrictions on Black voting rights, polarization should hardly be our foremost concern—and it shouldn’t be Facebook’s either. The time and attention of Facebook’s executives and critics would be better spent addressing growing anti-democratic and extremist threats, especially from elites on the political right, in response to prominent movements for racial justice and political equality.

After the 2016 election, polarization quickly emerged as a central concern for many researchers seeking to understand issues in contemporary American politics. In the weeks surrounding the January 6 attempted coup, it reached a fever pitch. Polarization means many different things in a sprawling research literature, but broadly it concerns how far apart people are from one another along a number of different dimensions—including their policy and moral views and feelings toward members of the other party and social groups.

At the core of this research is a concern with the fraying of social cohesion or solidarity, which researchers believe has the capacity to undermine the stability of the American political system. Over the past decade, “affective polarization”—or increased negative feelings toward members of the opposing party—in particular has emerged as a central concern for its capacity to undermine social relationships, distort economic processes, and potentially lead to the erosion of political accountability and democracy itself.

The causes of affective and other forms of polarization are the subject of considerable debate. While many media accounts and reform efforts focus on social media as the source of this national animosity, Clegg is correct that the evidence that points to Facebook or other platforms is mixed at best. Scholars such as Lilliana Mason have traced the roots of polarization to human psychology and changes in the two political parties during the post–Civil Rights period, especially their “sorting” along the lines of things such as race, religion, geography, and class. This means that people increasingly have fewer ties with those in the opposing party. And, ironically, the parties have become socially very different even as Americans hold similar policy views on a range of issues. Other scholars have argued for the role of political elites in creating polarization for political gain, partisan and identity appeals by campaigns, and high choice media environments that offer greater access to partisan media.

This is not to say that social media is entirely off the hook. In a new book, Chris Bail, the director of Duke University’s Polarization Lab, shows how human psychology intersects with the design of social media to lead people to perform their identities in extreme ways. As a result, social media users often have skewed perceptions of the political landscape and believe there are more extremists around them than there actually are.

We share many of the concerns about polarization—but it is not the primary problem in this country. Rather, it’s white supremacy and its attendant deep racial inequalities in policing and voting rights, as well as health, wealth, and education, that should receive more attention in the tech reform, policymaking, and broader public discourse, instead of reactively blaming technology for democratic problems. As the Republican Party has aptly demonstrated, many of its leaders are committed to utilizing increasingly extreme and anti-democratic tactics to continue to represent their primarily white and Christian voters—from propagating false claims of election fraud and forging ties with paramilitary groups to embracing disinformation and conspiracy as a political tactic, stoking white backlash to Black Lives Matter, and pursing policies and rhetoric against transgender rights.