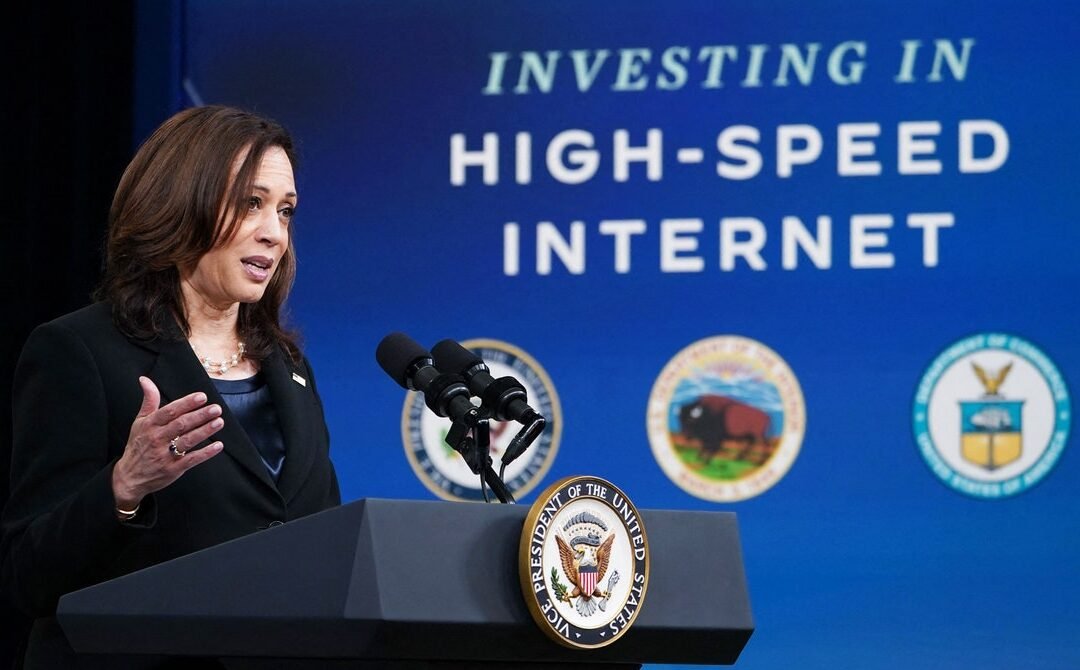 The digital divide unites strange bedfellows. Satya Nadella frets about it; his company, Microsoft, finds that half the country isn’t using the internet at speeds capable of maintaining a half-decent Zoom call. In Nadella’s home state of Washington, Republican congressperson Cathy McMorris Rodgers shares his concern, even though she’s introduced legislation prohibiting municipalities from building their own networks to help bridge the divide. She is no fan of President Joe Biden and Joe Biden is no fan of the divide either. Joe Biden is, however, a fan of municipal networks.

Among Democrat and Republican proposals alike, a nice round number continually pops up on what it should cost to give all Americans access to, and full use of, digital technologies: $100 billion. Spectacular as this sum is, it is also spectacularly off the mark and a mirage.

Bhaskar Chakravorti is the dean of global business at Tufts University’s Fletcher School of Law and Diplomacy. He is the founding executive director of Fletcher’s Institute for Business in the Global Context, where he established and chairs the Digital Planet research program.

But if we’re honest about how wide the digital divide really is, we can begin the creative engineering needed to bridge it.

A $100 billion budget over eight years to close the digital divide—echoing a $94 billion proposal from Democrats in Congress—was one of the key pillars of President Biden’s original American Jobs Plan. Since negotiating with Republicans, the Biden team has backed down to a more modest $65 billion. The problem is, $100 billion was already inadequate. This figure is drawn from a 2017 FCC estimate of what it takes to give broadband access to every American. But the FCC grossly undercounts those without broadband internet, incorrectly mapping out fewer than 14.5 million disconnected people. The more reliable “manual” check by the research firm BroadbandNow puts the number at 42 million. And, of course, according to Microsoft, the number of people not using broadband—either because of inadequate access or equipment, or because it is too expensive—is much higher. Even acting FCC chair Jessica Rosenworcel acknowledges the undercount and has commissioned a proper mapping of broadband nationwide.

Let’s take that 42 million count alone. Applying the FCC’s cost structures, my Imagining a Digital Economy for All (IDEA) 2030 research team analyses that the government needs to spend at least $240 billion. Far from shrinking the budget, the Biden team must raise it even more.

One complication is the rural-urban divide within the digital divide. Both Democrat and Republican proposals emphasize lack of internet access in rural areas, where they’re keen to pick up voters. However, three times as many urban households as rural households lack broadband subscriptions. While the rural gap is because of the high costs and low revenue potential of building infrastructure in sparsely populated, spread-out areas, urban households generally lack broadband because it’s unaffordable. This means we need to not just build out infrastructure but also lower the price of broadband access.

The renewed attention on racial justice might offer a way to direct more resources to the urban divide. The harsh reality is that the digital divide mirrors a racial divide, with cities such as Detroit, Philadelphia, and Cleveland as prime case studies. Nationwide, there’s a 14 point gap in broadband access between white and Black households with school-going children. Black households have lower access to higher-pay, technology-enabled occupations; no wonder Black communities were disproportionately affected by the pandemic and the economic downturn. If these conditions persist, with increasing automation and remote work, the majority of Blacks and Hispanics could be locked out of 86 percent of jobs by 2045. The digital divide sits at the center of numerous pressing racial inequities in health care, education, job security, and well-being.

Though Biden has prioritized racial justice, can he expect some support from Republicans to ease the way? On the surface, it would appear that bridging the digital divide is a bipartisan priority, again partly due to a shared incentive to win over rural voters. Some Republicans even argue that the current compromise budget of $65 billion on the Biden plan essentially adds up to $100 billion when you include what’s already “in the pipeline” and passed by Congress. Regardless of whether this is funny math, it seems remarkable to find this much harmony in Washington, DC, in 2021, on both the problem and the money for a solution.