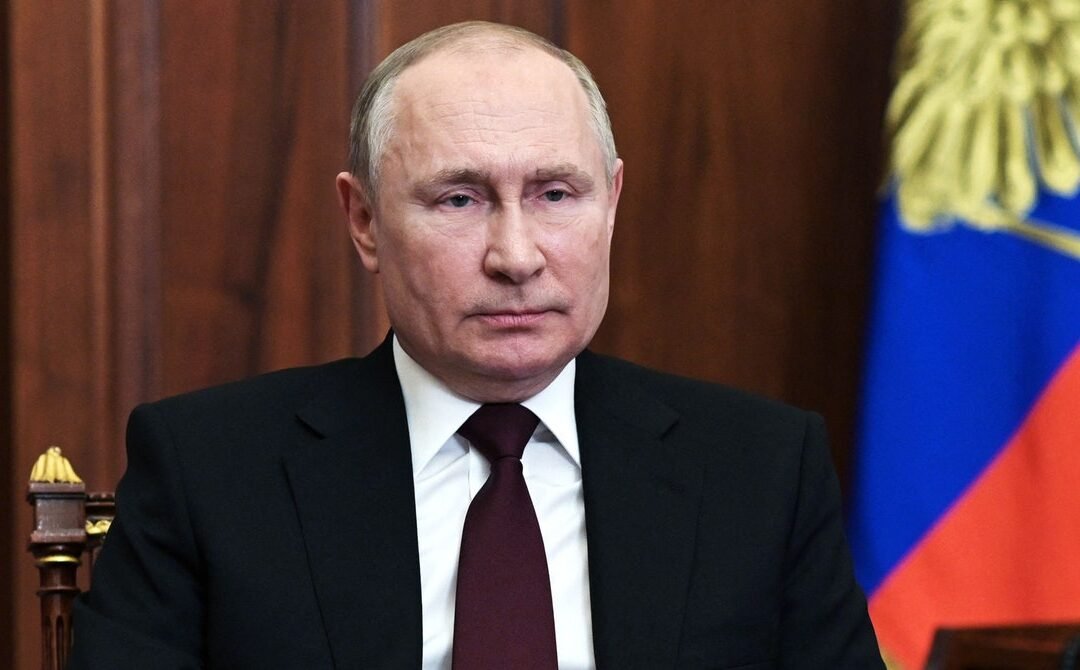 The first images out of Russia’s fresh invasion of Ukraine appeared to herald a fairly traditional land war: tanks battling, artillery firing, and planes swooping low over cities. But even as Western leaders moved to craft a strong response to Vladimir Putin’s unprovoked aggression, they did so warily, conscious that the dramatic escalation in Eastern Europe could spill over into two new domains with much larger implications for the world beyond: cyberspace and nuclear war.

In his speech early Thursday morning, Moscow time, Putin announced what he called a “special military operation” and issued a stark warning against Western intervention. “No matter who tries to stand in our way or all the more so create threats for our country and our people, they must know that Russia will respond immediately, and the consequences will be such as you have never seen in your entire history” he said, in remarks officially translated by the Kremlin that seemed to leave little doubt as to the threat of nuclear retaliation.

The comments immediately resonated as the most direct nuclear peril the world has faced since President Donald Trump threatened North Korean leader Kim Jong-un with “fire and fury” amid an exchange of bellicose rhetoric in 2017. It looms even more worrisome given Russia’s unprovoked invasion, Putin’s devil-may-care approach to international opprobrium, and the very real danger of intended and unintended escalation between Russia and the West in the days ahead. The world’s two major nuclear superpowers have not engaged in serious nuclear saber-rattling in decades, and Russia’s previous cyberattacks against Ukraine have spilled over, causing billions of dollars’ worth of damage to Western networks and companies.

While the nuclear threat has largely receded from public consciousness in the more than quarter-century since the end of the Cold War, the US and Russia still have thousands of nuclear weapons; both have around 6,500 in their current inventory, although a smaller fraction are kept at the ready in silos, bombers, and submarines. Far from a vestigial relic of the Cold War, nuclear weapons are a more present threat today than they have been at any other time in the 21st century.

The US and Russia have both spent billions upgrading their nuclear weapons in recent years, and nearly 90 percent of Russia’s nuclear stockpile has been modernized, including the development of new weapons and the installation of new cruise-missile systems on its bombers. The Trump administration also withdrew from the 30-year-old Intermediate-Range Nuclear Forces Treaty in 2019 after citing Russia’s attempts to develop and field such a midrange missile, known as the SSC-8. Moreover, Russia’s nuclear readiness and technical abilities are more opaque to the US than they have been in years, after the Trump administration pulled the US out of Open Skies, a long-supported treaty that allowed for special unarmed surveillance overflights to monitor adversaries’ nuclear readiness.

Amid its build-up of military forces in recent weeks along Ukraine’s borders, Putin specifically cited a fictitious story that Ukraine was trying to reestablish its own nuclear capabilities, which it gave up in the 1990s amid Western efforts to secure the vast arsenals abandoned by the collapse of the Soviet Union. “If Ukraine acquires weapons of mass destruction, the situation in the world and in Europe will drastically change, especially for us, for Russia,” Putin said Tuesday. “We cannot but react to this real danger, all the more so since, let me repeat, Ukraine’s Western patrons may help it acquire these weapons to create yet another threat to our country.”