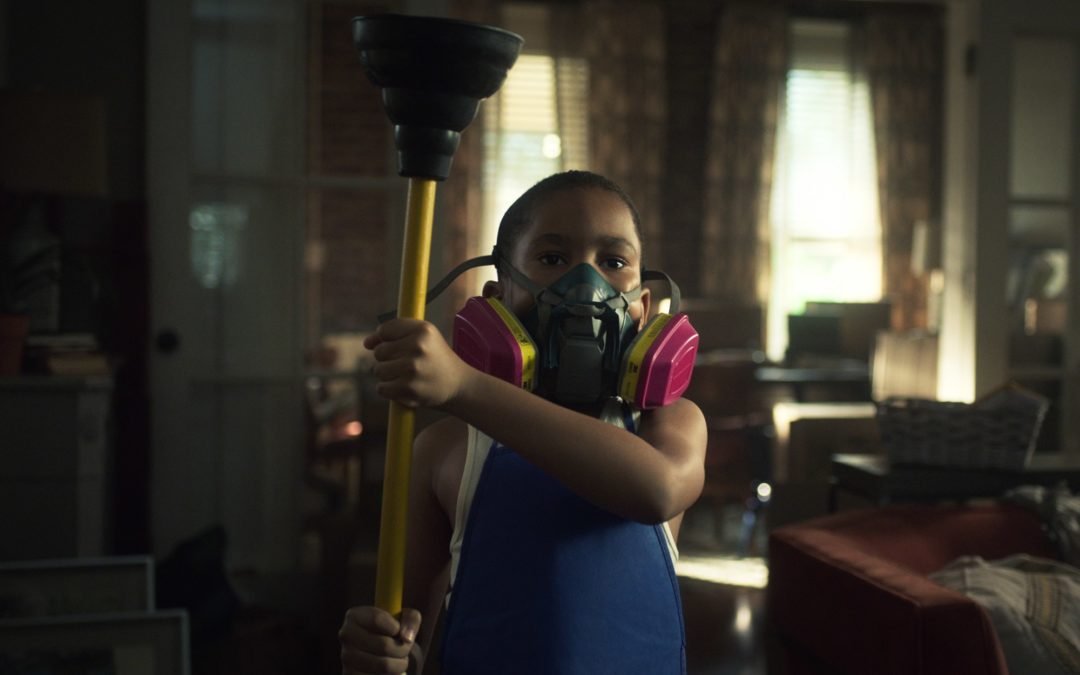 Watching Raising Dion, Netflix’s latest sci-fi series about a gifted eight-year-old with superpowers, there’s one feeling that’s hard to shake: This doesn’t belong here. That is maybe a curious thought to have, especially since Netflix, on aggregate, skirts a traditional network identity (its four-year Marvel experiment notwithstanding). But Raising Dion, which is adapted from the Dennis Liu comic, feels more aligned with the PG-popcorn dramas of The CW and Freeform than the darker, quirkier stuff Netflix typically embraces.

This feeling, however, turns out to be unfounded.

On a very rudimentary level, Raising Dion works in the same way that DC’s Legends of Tomorrow, Supergirl or Cloak & Dagger do: They’re mostly surface-level investigations; they dig only so deep and resist thematic, structural, or narrative risks in the name of form. Netflix’s shows are typically the inverse; the streaming giant has always touted itself as a home for the boundary-pushers. But what’s become clear more recently, particularly with the release of Raising Dion, is that now Netflix wants to be our small-screen everything. It wants to be TV—plus everything else.

It’s a noble, if impossible aim, because the fruits of at-all-costs growth—of manically over-saturating the TV landscape with all manner of content—are seldom realized. In the burgeoning Netflix era of Just OK Television, Raising Dion is not the exception or some rogue outlier show that can’t quite takeoff, it’s the streaming giant’s new normal.

As origin stories go, Dion’s is ripe for symbolism. Newly enrolled at an Atlanta elementary school, he is one of two black students and struggles with acceptance (the other, more popular one, Chris, has a YouTube channel, which is a point of envy). In one particularly familiar scene, a white school administrator blames Dion for assaulting another student, who is also white, despite the fact that he did not do it. It’s one of the shows more nuanced examinations of race and power, and how corrosive their binding is early on in the lives of young black children. But then, when Dion does realize he has actual superpowers (teleportation, energy manipulation, and telekinesis; “all the greats have it—Luke Sywalker, Neo, Mary Poppins,” he’s told), the show rockets into more unstable territory. In the debut, when Dion first tests his abilities, he nearly destroys the house—Legos and action figures coil into a ferocious cyclone, his very own twister of destruction. The second time, on a lake, he and his mom almost lose their lives when, again, his powers prove too forceful, conjuring the hellish fury of nature.

In the burgeoning Netflix era of Just OK Television, Raising Dion is not the exception or some rogue outlier show that can’t quite takeoff, it’s the streaming giant’s new normal.

Despite these with-great-power-comes-great-responsibility teachable moments, the show still feels slight. That’s because it very recklessly attempts to juggle three different stories at once, and never zeroes in on one completely. There’s Dion’s story, which is about a young black boy learning to grapple with superhuman abilities. There’s Nicole’s story, about a grieving single mother who is trying to rebuild her life in the face of unexpected loss. And there’s the combined story of Nicole and Dion, about a mother and son learning to make a life in a world that doesn’t know what to do with young black boys or black women despite them doing their very best to succeed. On top of that, there is the narrative of Dion’s dad Mark (Michael B. Jordan, who also serves as executive producer), which is relayed through flashbacks—memories that, at first, are romanticized but slowly expand to fully detail how Jordan’s character died trying to save a woman’s life in New Orleans. It is in the story of Mark, a scientist, and Nicole, a former dancer, where Raising Dion finds some of its most fertile ground—but it doesn’t happen until episode 5.

In the kingdom of superhero fiction, Raising Dion is, in many ways, a first. For all the show’s faults—its weak script, its haphazard and predictable plot movements—it understands how static the genre has become and suggests a correction. In the last decade, across TV and film, America’s cathedral of heroes offered little access to depictions that sidestepped industry custom—Iron Man, Captain America, Spider-Man, Thor. However successful these portrayals were—and they were; together, they birthed the modern Superhero Blockbuster as we know it—the characters suffered from an anemia of perspective.

Only recently were viewers, on the mainstream level, afforded a more robust serving thanks to movies like Wonder Woman, Black Panther, Captain Marvel, and the insanely fantastic Spider-Man: Into the Spiderverse. Although Raising Dion was created in 2015 in comic form, it belongs to this more recent wave of representational recalibration. I can admit, there is a relief in the kind of thematic reorientation the show is working toward: young black boys and single black mothers are rarely the focus of superhero sagas. And so, however poorly executed, our lens of the world shifts with their looking.