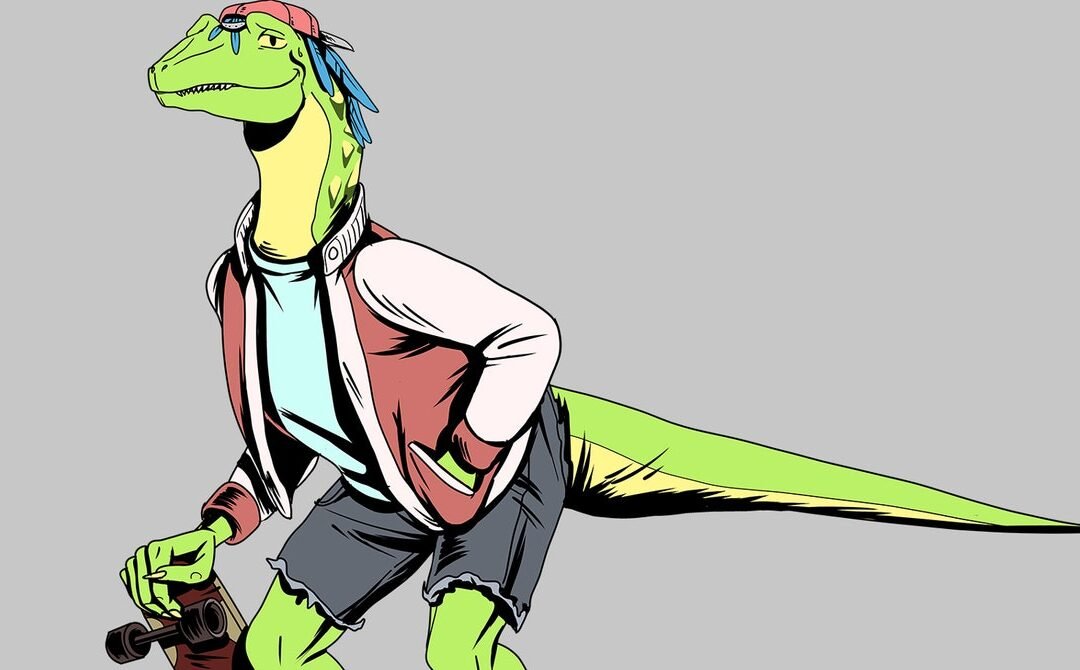 “Dae was kind of challenging too,” Rollins said of Stella’s third datable option, “because she started off not as a fairy. We originally weren’t even going to have her be a datable option, and then we were like, why not? As soon as we made the decision to make her a datable character, that’s when the fairy wings and the colors and the outfit came together.”

Curious about the writing process, I asked about their unique approach to absurdist comedy for this project. “We do love absurdist comedy,” McNalley said, “but we also thought this project needed genuine moments. Our kind of rule was that a lot of things were fair game to make jokes about, but the deeper stuff—the kind of feelings or trials and tribulations that the teens were going through—we wanted to play that completely straight.”

“We played a lot of dating sims for research,” Smith said. While the entire team is passionate about visual novels, Rollins has the most first-hand experience playing dating sims: “One that I recently played that was really good was Arcade Spirits. I liked that one, and I think that’s kind of like the same feel that we’re going for.” A major question Rollins asks herself when selecting a dating sim is, “Does the artwork stand out to me?”

“We didn’t come into this as huge fans of the genre,” McNally said. “We wanted to kind of shake it up a little bit.” Smith revealed that more of their inspiration was drawn from the broader world of visual novels than from the specific subcategory of dating sims. “To be honest, this game didn’t start off as a dating sim. It was just supposed to be a regular visual novel, and then we realized this is a romance game.”

Rocket Adrift is a part of Dames Making Games, a Toronto-based nonprofit that provides networking opportunities and resources to marginalized game developers, but the global pandemic has made it very difficult to collaborate in person and organically connect with the local community. “We haven’t really found too much in the way of a community that’s been interested in it, in our local sense,” McNally said. “Sort of everything that we’ve built, in a lot of ways, has been over the internet and for an audience that comes from all over the place.”

“We spent a lot of time working on these characters, not just the art but also the writing and their voices. I think that really comes through in the game,” McNally said. “There’s a lot of visual novels that kind of have a gimmick or a joke, and they don’t go deep enough, but we really tried with this project to make a memorable story.”

You might be surprised to learn that Raptor Boyfriend is not the only teenage dinosaur romance game anticipated for release in 2021. Carefully avoiding the dating sim moniker, Goodbye Volcano High will be released on PlayStation and is described on its official website as “a cinematic narrative game about the end of an era, and the beginning of a love story.”

When Goodbye Volcano High was announced last June during Sony’s “Future of Gaming” event, it received an overwhelmingly negative reaction from PlayStation fans who were not expecting this style of game to be featured as part of the next generation of consoles, and the developer, KO_OP, resorted to disabling comments on its YouTube trailer.

The video game community continues to expand, but remnants of the hypermasculine past are still prevalent. If I am ever able to acquire one of the mythical PS5 consoles, Goodbye Volcano High will not be at the top of my gaming queue, but I am glad that Sony is attempting to broaden its base. For now, I’m giving Dream Daddy another play-through on Steam. Excuse me, I need to go check my DadBook notifications and practice my jokes before tonight’s neighborhood cookout.