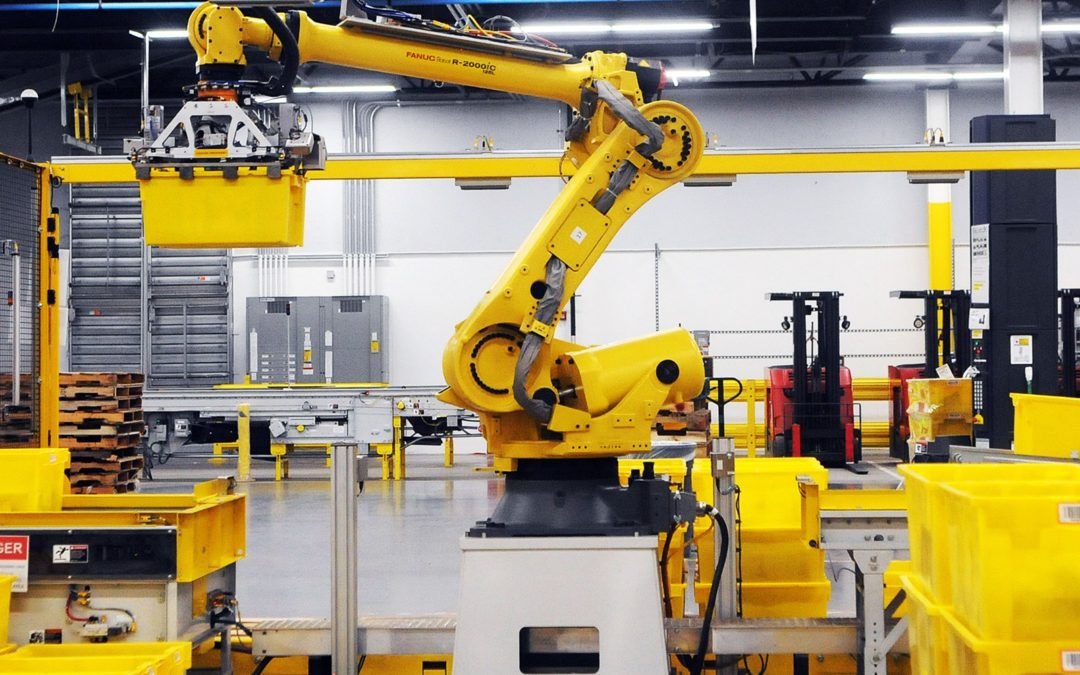 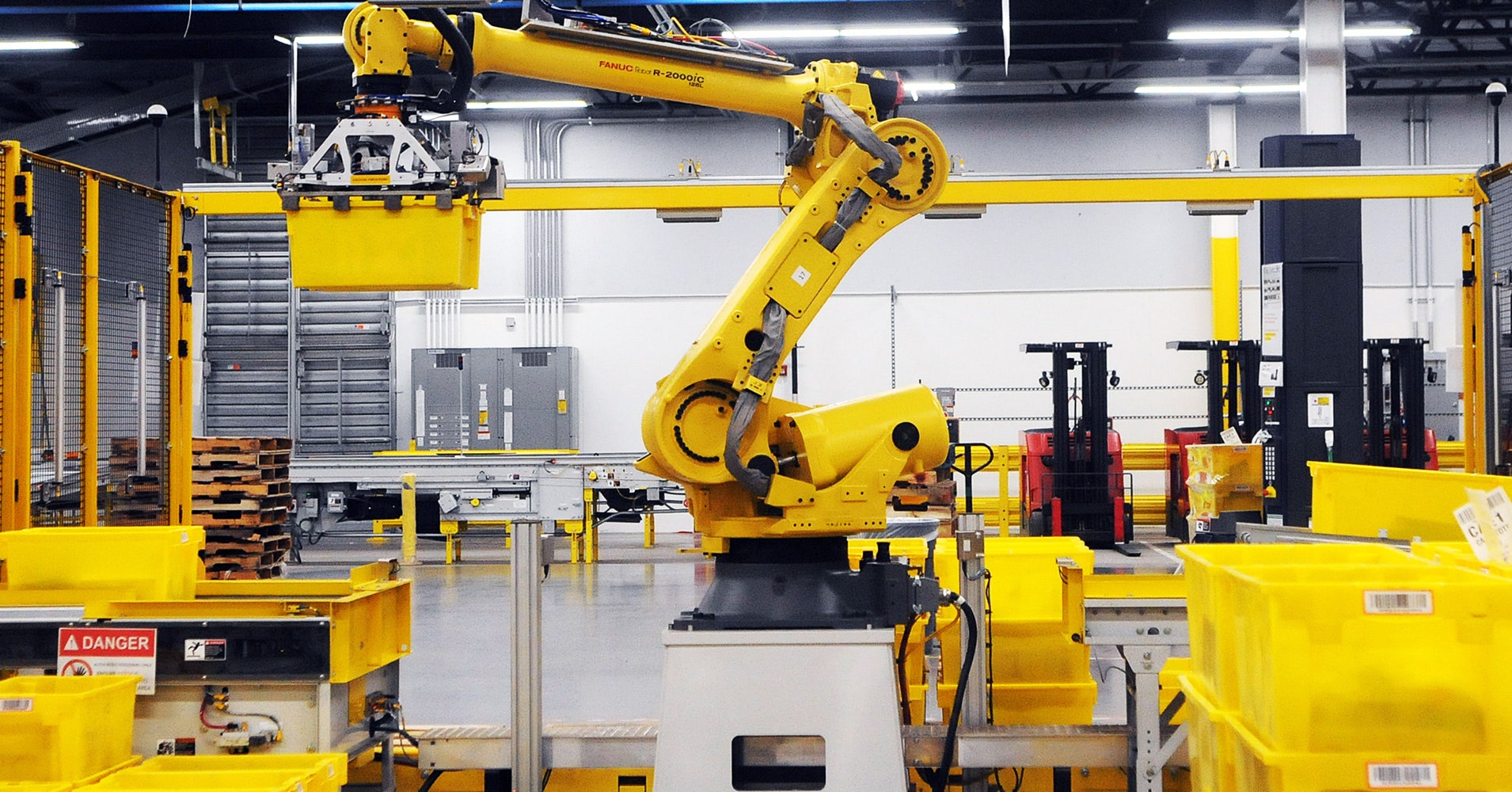 Today is Prime Day, that time of year when shoppers swarm Amazon’s discounted digital shelves. A few days later all that stuff will show up at your door, as if by capitalistic magic. But it’s not magic—it’s the product of an army of human packers in warehouses.

And some of those workers are angry. Amazon warehouse employees in Minnesota plan on striking today, demanding better working conditions and less intense productivity quotas. In a photo published by Bloomberg last week, the workers held a sign reading: “We Are Humans, Not Robots!”

Which brings us to an uncomfortable idea in this new era of robotic automation: If human workers are working like robots, why can’t they just be robots? Can’t Amazon replace everyone with machines and wave goodbye to its labor woes? But in asking that question we’re not giving these workers enough credit for how smart and versatile and dexterous they are, and we’re forgetting just how inept robots still are. Yes, Amazon is scrambling to automate its warehouses to boost its efficiency. But in so doing it’s creating a new human-robot hybrid workforce, which means it would do well to keep these people happy. We have to praise—nay, venerate—humans for what makes them such good laborers.

What’s actually happening right now, in automation generally as well as in Amazon’s own warehouses, is robots performing parts of jobs.

“The human element is not going away anytime soon,” says John Santagate, research director of service robotics at IDC, which does market research. “There are just too many things people can do that robots and automation can’t do. It’s about identifying the right tasks to automate, and allow your people to do other more fulfilling things, or do the things humans do better and faster.”

Take Amazon’s approach to a Colorado sorting center (where packed boxes are sorted and shipped, in contrast to fulfilment centers, where the boxes are packed with your products). With the original process, which still churns in one half of the building, humans stand at the bottom of chutes fed by conveyor belts, picking up often hefty packages and organizing them by location, sending them via more chutes to more humans below to organize on pallets bound for delivery trucks. With Amazon’s new system, human workers sit at stations in front of a giant elevated grid of chutes that correspond to zip codes. They grab packages, scan them, and place them on little robots that transport the packages to the chutes, which empty into bins on the floor below. So it’s the robots doing much of the organizing and transport.

The robots didn’t obliterate jobs in the facility; they assumed the part that machines are pretty good at right now: moving from point A to point B. Humans still do the very human task of fine manipulation by picking through piled up packages. This also comes with the very human skill of problem-solving: if a box has broken and spilled its contents, the worker has to set it aside and figure out what to do next. Robots are still far too stupid to do that task.

Same goes in fulfillment centers, like the one in Minnesota where workers are striking today, and where human workers fill boxes with products. Existing robot arms and grippers aren’t deft enough to handle the diversity of objects that Amazon sells and pop them all in boxes. We’re nimble, and machines are notoriously rigid. So as automation intensifies, humans can retrain to adapt. Indeed, last week Amazon announced it was pledging $700 million over the next six years to retrain 100,000 employees in technical skills.

Would Amazon benefit from fully automating its order fulfillment process? Hell yeah it would. But it can’t, because even if the machines could do everything, you’d need someone to supervise them. The fabled human-free, lights-out warehouse, where machines zip along in darkness because only puny humans need photons, wouldn’t even make sense in Amazon’s robotic sorting center, because these robots navigate with cameras.

“I think the current step we’re in, which is human-robot collaboration, is going to be more effective for a long period of time,” says Santagate. “I think it’s a step toward greater levels of automation, but I think the next one is a leap to go from collaborative environments to lights-out warehouses.”

Just look at the auto industry: For decades now, robots have helped assemble cars, yet humans still work in those factories doing quality control and fine manipulation tasks. Their jobs are less dangerous and strenuous because they’re no longer hefting heavy components into place. In turn, the increased speed and precision makes the automaker better able to compete in the marketplace. “If the company is profitable, it’s good for all of us,” says Maryville University’s Richard Kilgore, who worked on automation efforts while at Ford. “But that’s a difficult sell when you’re a manager and they’re an employee, and you’re getting stock options and they’re not.”

In the case of Amazon, that argument is even less compelling, considering a worker’s increased productivity via robotics is further enriching the richest man on the planet. But as robots penetrate more and more industries, we need to value human workers for just how exceptional they are. These fulfillment center workers in Minnesota say they’re being treated like robots, but the reality is they’re far more capable than robots probably will ever be.

“This is a real opportunity for Jeff Bezos to get in front of this thing and show up there in Minnesota and say, hey, I’m here to listen,” says James Bailey, who studies leadership at the George Washington University School of Business. “These are valued employees, and we want to treat everybody well, as opposed to this disembodied PR representative that comes out with a statement about how great Amazon is.”

And certainly don’t send Jeff in as a telepresence robot. Not a good look.