Sandy Hook and the Troubling Psychology of Conspiracy Theories 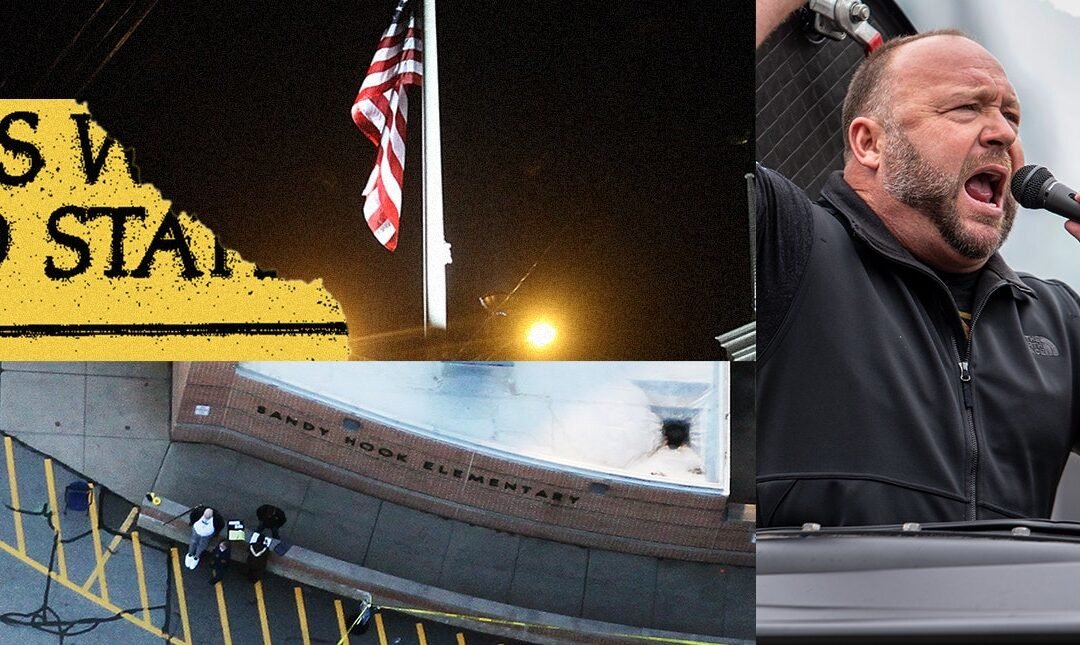 Sandy Hook Hoax was a closed Facebook group; you needed an invitation to join. Its page was topped with the image of a child ghoul, her eyes ringed in black, a mud-encrusted finger pressed to her lips.

Its nightly discussions drew from a dozen to a couple hundred people. Some still struggled with the enormity of the crime. Other, darker types obsessively posted photographs of the young victims, comparing them with living children in an ostensible effort to “prove” they were still alive, that they had attended their own funerals. Many Sandy Hook hoaxers didn’t tell family members about their membership in the group. Others admitted, with an “ugh” emoji, that their families questioned their sanity.

Tony Mead experienced no such qualms. He was in his mid-fifties, with a florid complexion and a broad, thin-lipped mouth, the pouchy slope of his neck from chin to collarbone giving him a vaguely reptilian profile. Mead runs Absolute Best Moving in Tamarac, Florida, schlepping home and office furniture. “All my business is referrals and repeats,” he told me. “I don’t have to advertise, and that’s good because I’ve gotten so much bullshit,” he said, meaning people who connected his business with his online pursuit and dinged him on Yelp or on RipOffReport.com.

The Sandy Hook Hoax group debated for more than an hour about whether to admit Lenny Pozner, whose son, Noah, died in the shooting. (Pozner has since dedicated his life to sounding the alarm about the growing threat posed by viral lies and false conspiracy narratives, and through his nonprofit, the HONR Network, helps people targeted for online abuse.) Members seemed worried, even threatened, by his overture.

(I have used first names only to protect unrelated people with the same names or pseudonyms as the participants quoted, as well as those who have since repudiated the group and its leadership.)

“I say nay, because I don’t see what will come out of it,” wrote Thomas. “It is just us voluntarily giving them more information on what we are doing.”

Pamela wrote, “Does he want to trash us or is he on our side?”

“Of course you should let him join. Why be afraid?” posted Steve.

“It’s not really fear, Steve,” replied Kathryn. “He will have info available to him so they can spin the story to fit their agenda. Things they don’t know we have picked up on.”

“Lenny Pozner is a professional shill,” said Tony Mead, who during the discussion had posted Lenny’s home address, LinkedIn page, and photos of his surviving children. “He gets paid to troll the internet.”

Reading the exchange, I was struck by the group’s determined defensiveness. They were a ragtag army of errant thinkers holed up in a Facebook fortress, fending off intrusions of truth.

Political scientists began studying the spread of conspiracy theories about 30 years ago. Psychologists joined them less than a decade ago, partly in response to a surge in outlandish claims and mass delusions that spread on social media during the Obama and Trump eras. While the bulk of studies focus on understanding why individuals believe conspiracy theories, researchers like Nicholas DiFonzo delve into the role of conspiracy theories within groups, the prime vectors for their spread. DiFonzo, associate professor of psychology at Roberts Wesleyan College with a psychoanalyst’s empathic style, tapped eight decades of research into the spread of rumors to understand what motivates and sustains groups like Sandy Hook Hoax.