Sea of Solitude Captures the Loneliness and Anxiety of the Pandemic 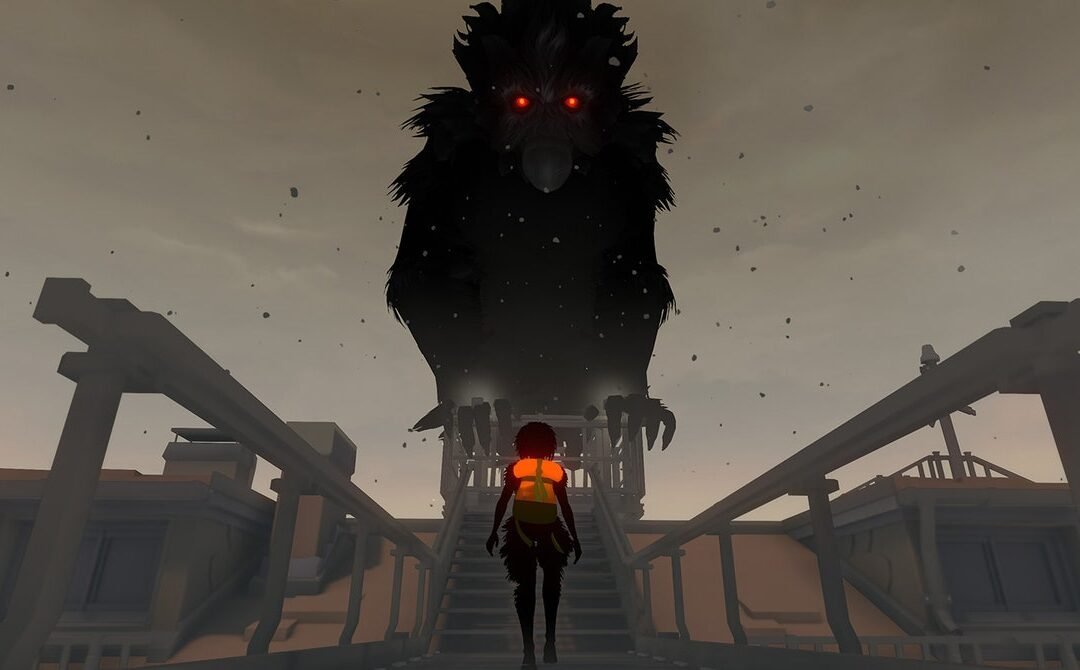 When we first meet Kay, the protagonist of Sea of Solitude, she cannot remember when she last saw the sun and no longer recognizes her own reflection. Dark fur covers her limbs and her eyes glow like embers. Consumed by loneliness, she has transformed into a monstrous caricature of herself. This nightmarish fable from Berlin-based developer Jo-Mei Games takes place inside a young woman’s deteriorating psyche, depicted as a drowned city populated by the manifestations of her inner demons. There’s a giant who screeches out the self-loathing monologue in Kay’s head and a serpentine beast that lurks beneath the waves, threatening to capsize her rickety boat. All of the people in Kay’s life—her brother, who is being bullied at school; her parents, embroiled in divorce; and her partner, devoured by clinical depression—have degenerated into monsters as well, too trapped in their own cyclical traumas to see a way out.

Kay’s struggle to stay afloat, literally and figuratively, may feel familiar to many people who have spent an uncomfortable amount of time locked in with their own thoughts over the past year. Fittingly, Jo-Mei released Sea of Solitude: The Director’s Cut, a collaboration with French developer Quantic Dream, exclusively for the Nintendo Switch on March 4. Though Sea of Solitude’s initial release in 2019 with publisher Electronic Arts Originals predates the pandemic, few works feel as tailor-made to the claustrophobia and alienation of the world we’re now living in.

With the director’s cut, “we had the opportunity to refine or change everything we ever wanted to do with Sea of Solitude,” says Cornelia Geppert, creative director of Jo-Mei. In addition to upgrading the gameplay and adding features including a photo mode, Jo-Mei hired author Stephen Bell to rework the script and a team of professional voice actors to read it. Geppert acknowledges that the original’s German-accented dubbing was “distracting,” and part of why some critics called the game a “missed opportunity.” The revised script takes a less-is-more approach, pairing down the ham-fisted dialog and allowing the atmospheric visuals to do more of the heavy lifting. The result feels cleaner, sharper, and lets the emotional core of the game shine through.

Since its initial release, Sea of Solitude has had a far wider impact than Geppert ever anticipated. While other games, including A Night in the Woods and Hellblade: Senua’s Sacrifice, have explored issues surrounding mental health, few have managed to illustrate depression, anxiety, and loneliness in such a mesmerizingly beautiful fashion. The seascape, which oscillates between saturated colors and murky, ominous hues depending on Kay’s mood, feels like a children’s book set in motion. Something about the haunting artwork and the archetypal struggles it represents resonated with players. Within months, emails poured in from all over the world.

“Hundreds and hundreds of fans—kids, adults, parents—contacted us and expressed how much it helped them to not feel so alone,” Geppert says. Parents wrote about how discussing the game around the dinner table had allowed children and teens to open up about their own issues. “Some people even changed their lives for the better. One person left an abusive ex-husband and they wrote to us a year later to tell us that they are happily in a new relationship.”

While depression and anxiety are common narrative fodder for film and television, Geppert believes that video games have enormous potential to explore them in a different way. Unlike passive forms of storytelling, a game forces players to assume agency.

“In movies, it all gets washed over you,” Geppert says. In Sea of Solitude, the experience is different. “It was interesting to hear from fans that they were sometimes so afraid that they avoided going forward, but eventually they would realize that they needed to do it. [You’re] going through the story at your own pace, deciding to overcome your own fears.”