So Long, Fry’s. I Learned Everything About Gadgets From You 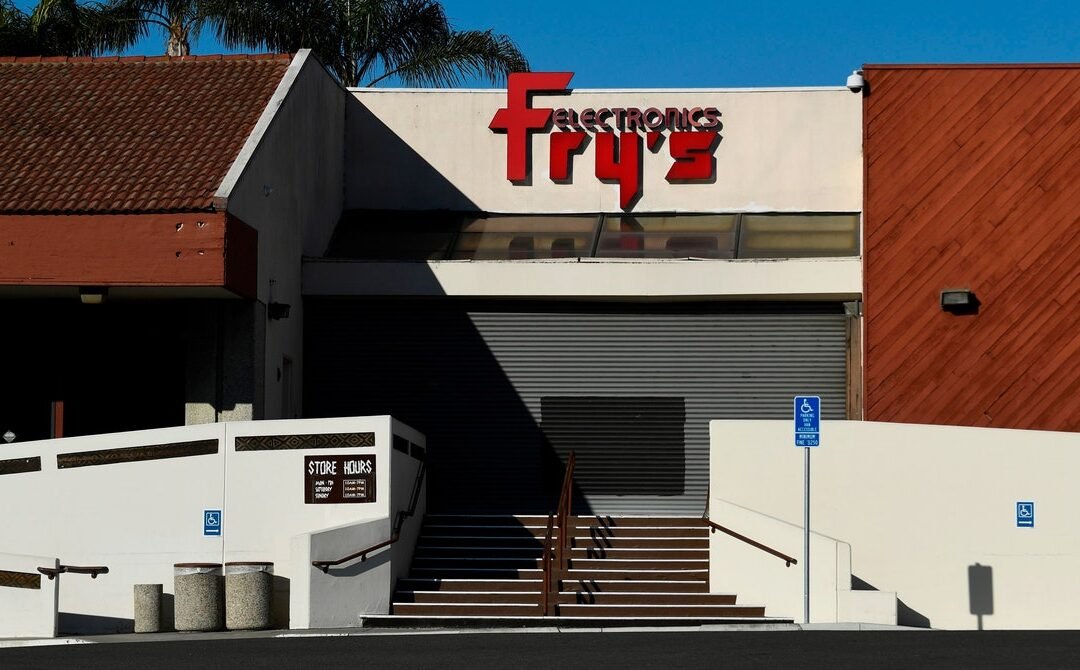 For the umpteenth time in the past year, a wave of sadness hangs over my family’s group chat. This time it’s not about a fraught election or the woes of the ongoing pandemic. It’s because Fry’s Electronics, the West Coast’s premier suburban electronics superstore, has announced it will soon close all of its locations.

I took the news hard, as if a major chapter of my life had latched shut. But when I tried to process my grief out loud with my fiancée, I was met by deaf ears.

“It’s just a stupid electronics store,” she said, sauntering to the kitchen for a morning cup of coffee. “Why does anyone even care!?”

I was taken aback. How could anyone not care? Fry’s was the magical electronics emporium where so many of us bought our first CD burners, flatscreen monitors, cordless vacuums, wireless printers, or ATI Radeon 9800 graphics cards. Fry’s also, quite famously, sold more than just electronics. You could find bone-handled pocket knives there alongside bins of DVDs you’d never—ever—want to watch. I bet if you polled 100 Fry’s shoppers, at least 90 of them were walking out of the store with something they hadn’t come for. Folks in the Midwest can’t say that about Micro Center, their own regional electronics retailer.

Fry’s has been sliding downhill for a long time. For a company whose sales motto seemed to be “If it plugs in, we sell it,” it was perhaps inevitable that it would slowly bleed dry in the Amazon era. I’m somewhat surprised it lasted this long. And yet, I now feel sad for the next generation who won’t have a place like Fry’s—with its aisles of cables, computer parts, and inessential gadgets—to spark hands-on inspiration.

My family’s Fry’s outings always began on a whim. My Dad would find a random knickknack we needed—a new TV remote, a hard drive, the latest version of Quicken—and our collective engines would start revving.

We’d pile in the wagon and take the backroad trek through suburban Portland, Oregon, to the giant red and taupe building, my two brothers and I with our heads spinning as we thought of the ways we’d divide our meager budgets.

Fry’s was one of our favorite places to go because we had free reign. It was just too big, and our interests too scattered, for us to not have a timer and a meeting place. And so, for an hour, we could mess with anything under the fluorescent sky.

All of the latest game consoles, computers, headphones, speakers, and even prebuilt gaming computers were just sitting there, waiting for our greasy fingers. Fry’s was one of the only places you could see the entire home technology revolution sprawled out before you. And you could experience most of it without spending a dime.

New technological breakthroughs would appear in my life for the first time under that domed ceiling. Fry’s was the first place I ever saw Wi-Fi, an HDTV, an Xbox. I remember seeing early VR headsets there and hearing earth-shaking surround sound for the first time. It was exciting to be able to see the future scrolling toward your feet like the next sequence on the Guitar Hero screen.

Fry’s was also where I learned firsthand that nascent technologies—in this case, a glove-based controller that my brother woefully wasted $100 on in 2002—are sometimes too good to be true.

Those cluttered aisles fostered a surprising sense of community. After all, most normal people really had no reason to go to Fry’s. Our family outpost in Wilsonville, Oregon, was the home of excuse-based electronics purchasing for the entire Portland region. Apart from the sea of dads obsessed with touchscreen remotes, you’d discover a fellow nerd-child powering through the latest DDR demo, a doppelgänger in a Star Wars T-shirt also shopping for cheap LAN gear, and someone else obsessing over the newest Nvidia card.