Sony RX 100 VI Review: It Does What Your Phone Camera Can’t 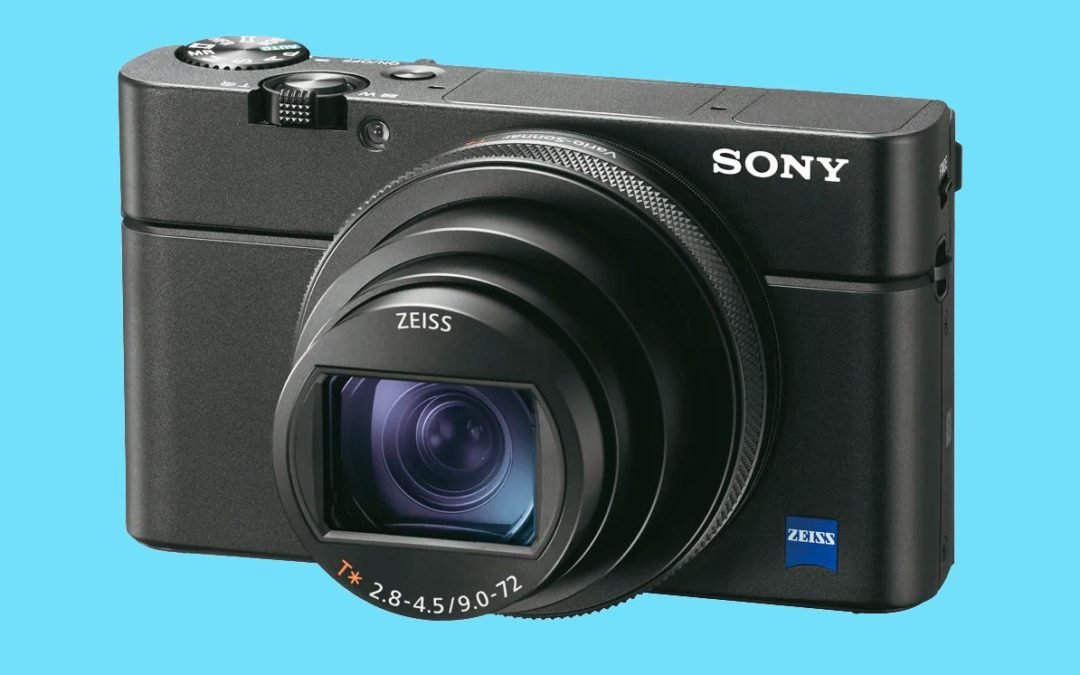 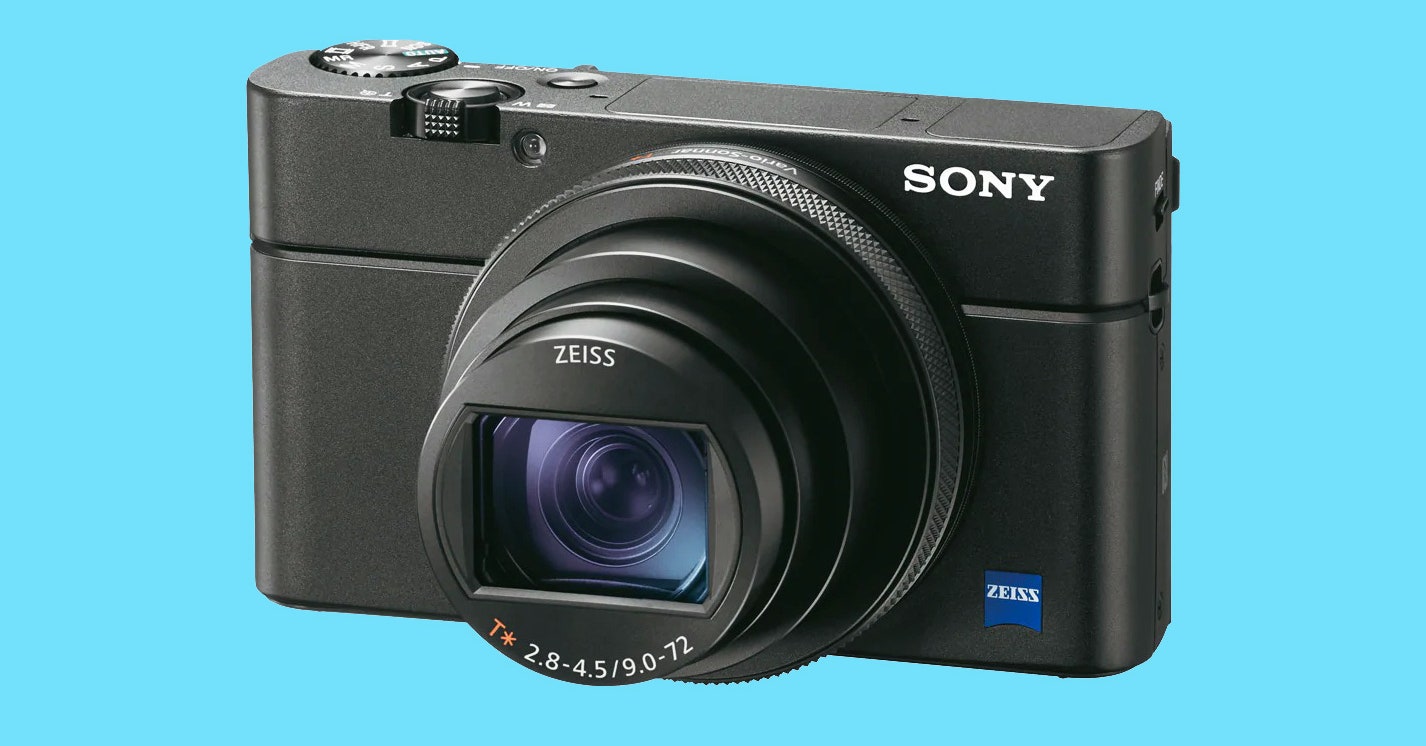 The best camera, the old adage goes, is the one you have with you. These days, that means your smartphone. Smartphone makers are well aware of your photography needs and are locked in a never-ending game of photography one-upsmanship—one camera, then two, then three, now five?

This optical arms race presents a problem for point-and-shoot cameras. After all, why bother buying one when your next smartphone could very well outperform it? Point-and-shoot manufacturers are in a tough spot here. Sometimes the only way to win is to play a different game.

That’s where Sony’s RX 100 VI comes in. It feels custom-engineered to do everything your smartphone camera can’t—and won’t be likely to do in the future. I’ve found myself reaching for the RX 100 VI more often than my smartphone, and occasionally more often than a more powerful full-frame camera like the Sony Alpha 7III. At $1,200 it’s expensive, but it does an excellent job of carving out a new niche and making itself a part of your everyday carry.

Despite its size, the Sony RX 100 VI features a quality lens. Like most zoom and super-zoom point-and-shoot cameras, the lens collapses into the body when not in use, making the entire camera perfectly pocketable. It’s itty bitty—pocketable even in the shallow pockets on my jeggings. Which makes the optics even more impressive.

With a 20 megapixel one-inch CMOS sensor and 24mm-200mm zoom lens, it can capture a super-wide angle, drinking up every single detail, or zoom way beyond your smartphone’s telephoto range.

Speaking of smartphones, both Apple and Google rely on software to achieve the melty bokeh depth-of-field effects you see in portrait mode on the iPhone and Pixel smartphones. But neither one truly achieves in-camera depth-of-field. For that you need a wide aperture (the RX 100 VI opens up to 2.8), and some distance between the lens and the sensor.

Smartphones smoosh the lens and sensor together to keep their profiles as thin as possible. That means even if a phone camera has a comparable aperture (the Pixel and iPhone are both 1.8 lenses), it can’t achieve a comparable depth-of-field without software trickery. Even the best portrait mode photos can’t compare to real bokeh (melty backgrounds) produced in-camera.

The RX 100 VI’s telephoto performance is also impressive and Sony snuck in a secret weapon to help out: Optical SteadyShot.

Any time you zoom in stability becomes super important. At 200mm, even small, involuntary movements can throw your photo out of focus. The Optical SteadyShot kicks in when you’re shooting at long-range or in low-light. It attempts to keep your photos clean and crisp by adjusting the lens elements to counter those small, involuntary movements. The SteadyShot pairs well with the onboard autofocus system, which is as quick and reliable (though not quite as sensitive) as the RX 100 VI’s high-end siblings in the Sony Alpha line.

The image stabilization comes in handy when shooting video, too. This camera is perfect for vlogging at 1080p (HD). The rear screen flips up or down 90 degrees so you can see the rear display even with the camera pointed at you. The screen is bright and colorful, and touch sensitive which makes it easy to adjust settings.

There isn’t a jack for an external mic, which is an unfortunate omission. The onboard mic does okay but you’ll pick up a lot of background noise if you’re shooting in a noisy—or windy—environment.

The RX 100 VI can shoot 4K video at 30 frames-per-second, but unless you bring the quality down to 1080p it overheats after about five minutes of shooting. That’s not unusual for cameras this size shooting at such a high resolution, but it is something to consider if you’re looking to shoot a lot of UHD videos.

You might run into some stumbling blocks as you learn how to use the RX 100 VI. The controls are easy enough to figure out, but the RX 100 VI’s small size is a hindrance. It can be hard to get a good grip on the camera body while you’re lining up a shot or fiddling with settings and controls.

I often used the onboard electronic viewfinder while shooting outdoors or in crowds, partially because it felt more secure to hold the camera close to my face than it did to angle it outward at chest-height. Even with a wrist strap it felt like the slightest bump from a passer-by would send the RX 100 VI tumbling to the ground. On the other hand, the onboard electronic viewfinder (EVF) is tack-sharp, and hides away conveniently inside the RX 100’s body. Just snap it down to stow it, and hit a button for it to pop right back up. The onboard flash works the same way.

The flash is serviceable, but I found myself opting to take a photo with Night Sight on my Google Pixel 2 XL rather than use the flash. This is one area where the RX 100 VI falls short of a smartphone camera. Most major smartphones today have superb low-light performance, and easily outperform what you’d get out of something like the RX 100 VI.

In low light, the RX 100 VI performed well as long as I stayed zoomed out. That’s because the aperture gets smaller as you zoom in, limiting the amount of light the sensor can detect. This forces the camera to compensate by increasing the ISO (making the photo grainier) and lowering the shutter speed (possibly making the photo blurrier). If you’re shooting indoors in a dimly lit bar, or outdoors away from streetlights at night, just use your smartphone.

The RX 100 VI is a fantastic point-and-shoot camera. It carves out a niche by delivering creamy bokeh in stills, solid telephoto performance, and excellent video quality all in a package that’s not much bigger than two smartphones stacked together. But it does have drawbacks, namely low-light performance and grip.

If you’re looking for a travel camera or an everyday shooter that can fit in your pocket, the RX 100 VI is a killer choice. But at $1,200, it doesn’t come cheap.