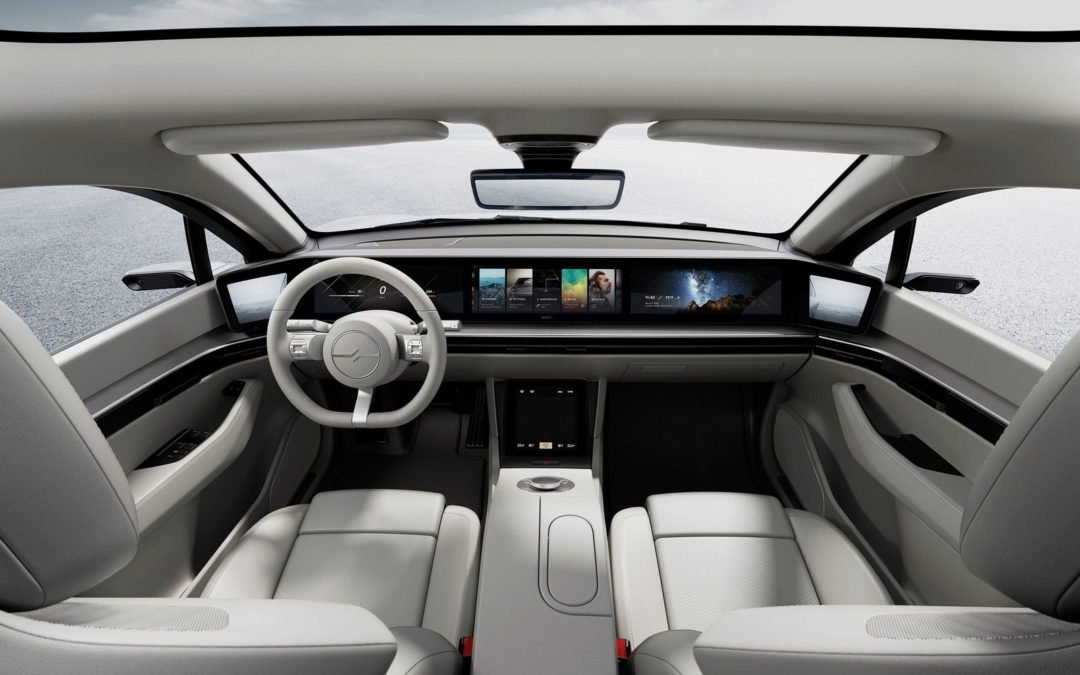 With a pair of 200-kilowatt motors sending power to all four wheels, Sony’s first car can go from 0 to 62 mph in 4.8 seconds. It can hit a top speed of 149 mph, even though it weighs a hefty 5,180 pounds. The company hasn’t revealed how far the all-electric concept can go between charges, but that doesn’t much matter. Nor, really, do the rest of these specs, since Sony isn’t going to produce this car, which it revealed this week at CES. What’s important and interesting about the Vision-S is how it emphasizes the role Sony can play in an age where performance matters far less than how a vehicle treats its passengers.

The rapid shift of the auto industry toward self-driving and connected vehicles has pulled players like Google, Apple, and Amazon into the car business, mostly with regard to infotainment systems. General Motors plans to use Android software in its future vehicles; Amazon just landed Lamborghini as the latest user of its embedded Alexa system.

Sony already has a place in the auto industry. It provides speaker systems to a variety of automakers. Toyota and its luxury arm, Lexus, use Sony’s CMOS image sensors in some models to underpin automatic emergency-braking features. But now the company is looking to ramp up its offerings. “We will accelerate our efforts to contribute to the future of mobility,” president and CEO Kenichiro Yoshida said at a press conference in Las Vegas. “This prototype embodies our contribution.” So it’s no surprise to see that the Vision-S plays up two Sony strengths: consumer entertainment and sensors. 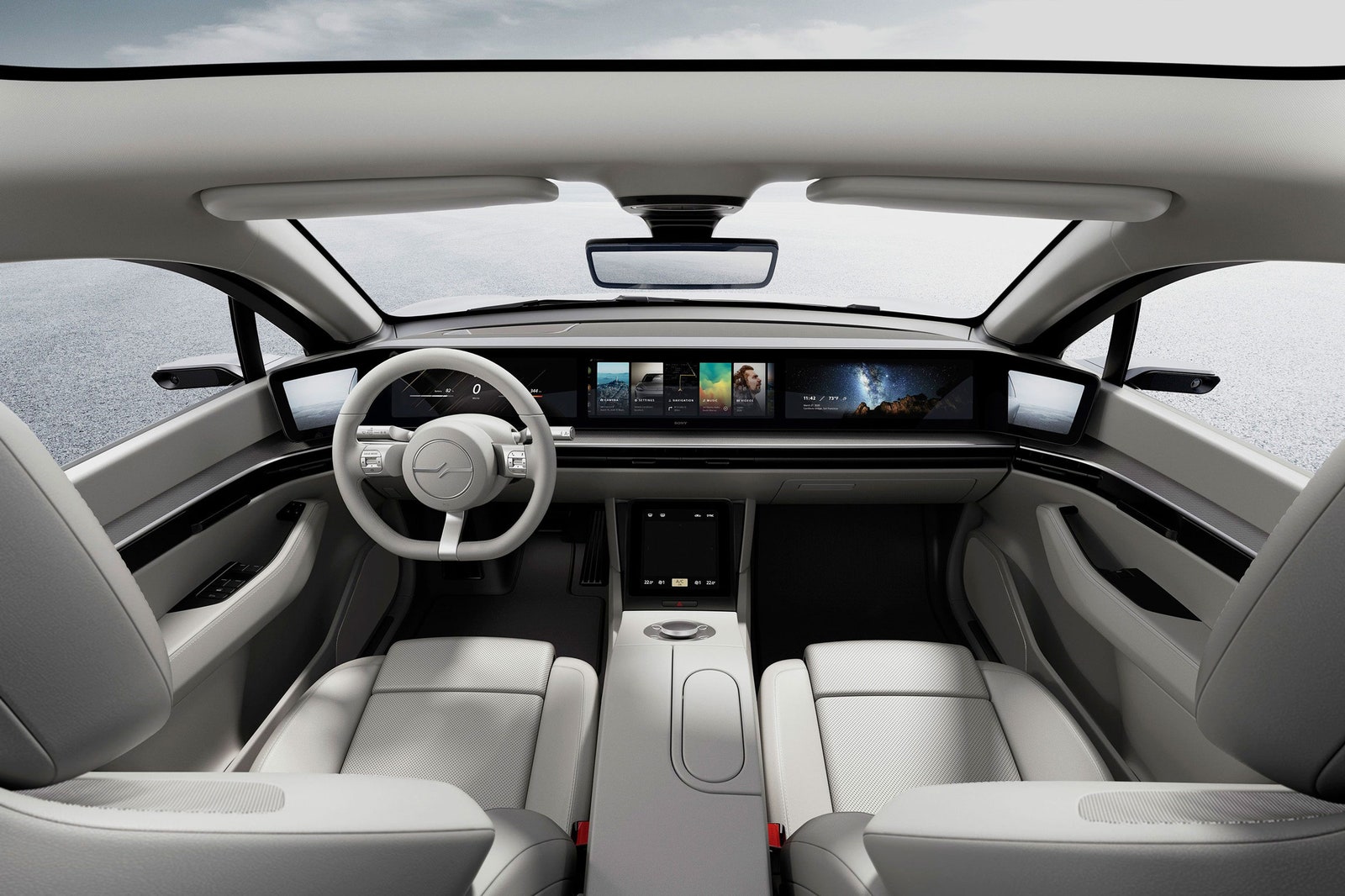 Like most of today’s concept cars, this one is packed with screens ready to stream Sony’s voluminous collection of music and movies.

The first is the easier to see here. The Vision-S features a bevy of screens, including one that stretches the length of the dashboard, like that in the upcoming Byton M-Byte SUV. These, of course, offer access to the music, games, and movies in the company’s vast library. (The latter two are for when, as Sony says, you are “relieved from car operations.”) “We believe that the evolution of mobility will also redefine cars as a new entertainment space,” Yoshida said.

A 5G connection will ensure everything comes through with nary a moment of buffering. The two backseat passengers each get their own headrest-mounted screen. With speakers all around the car, including one in each seat, everyone can enjoy Sony’s immersive “360 Reality Audio” system, which debuted at CES 2019.