Soothe Yourself With a Picture Book About the Internet Dying 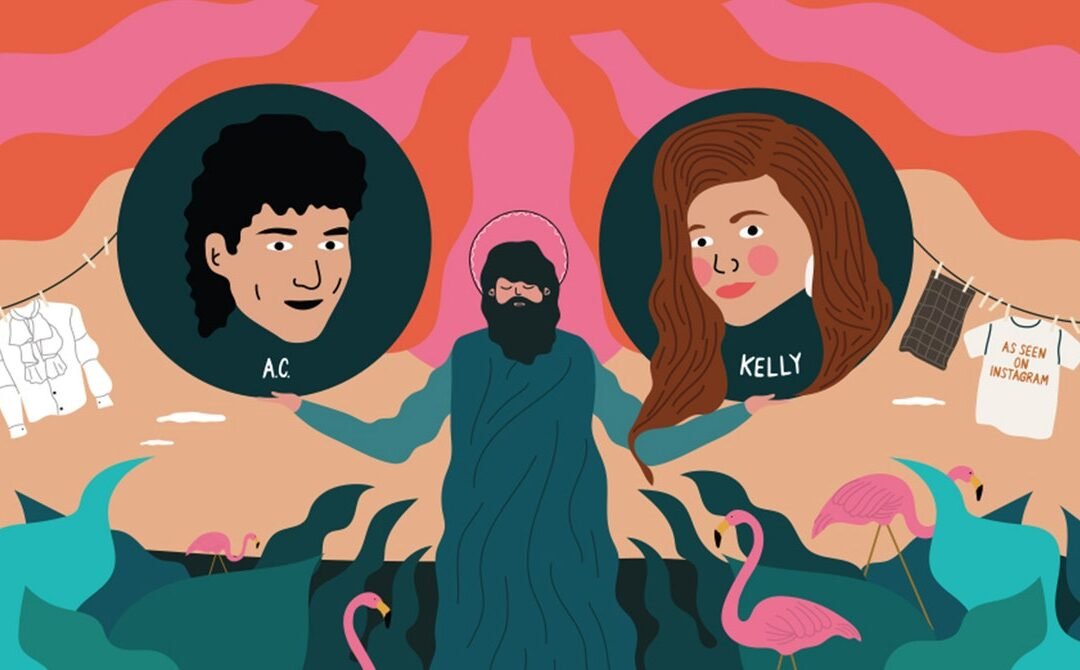 In the beginning Gore created the internet, and for a while it wasn’t completely awful. Nyan Cat begat Grumpy Cat, the Ice Bucket Challenge begat the Dress, and the birds practically angered themselves. These days, not so much. We’ve been marched to the edge of the walled garden and curtly shown the door. We’re all of us sinners in the hands of an angry doge.

OK, but what if the screens suddenly went dark? What would life look like then? Chris Colin, a writer who runs a pandemic-themed children’s newspaper out of the Bay Area, answers that question in his new book OFF: The Day the Internet Died (A Bedtime Fantasy).

Illustrated by Rinee Shah and written in the style of Genesis (as in the Book of, not the band), OFF invites readers to imagine weeks, decades, centuries without the internet. The characters take walks IRL; they play Minecraft with sticks and leaves; they get “way into” D&D.

WIRED talked with Colin about OFF and his kids’ thoughts on spinach. The interview has been edited for clarity and brevity.

What first got you thinking about writing this book? Was there a particular moment that inspired it?

I was coming out of that Marc Benioff profile I wrote for WIRED, which had gotten sort of intense. Doing something funny with pretty pictures sounded swell. Also, the internet was helping to destroy the fabric of our society at the time, while on a personal level sucking our souls out of our bodies. And I don’t mean this to sound braggy, but I’d already visited literally hundreds of websites. So I was pretty, pretty familiar with the terrain.

As for particular moments, it’s more that my discomfort with the internet had been coming to a gradual, cross-platform boil. All at once it seemed to be degrading our free time, our jobs, our discourse, our democracy, and our mental health—while simultaneously becoming ever more inextricable from every corner of our lives.

A few years ago I said yes to an editing gig at a large tech company, down on the Peninsula. Riding the famed tech bus, I discovered that passengers have a clear view into every passing car on 280. You see right into them. One day I looked down and saw a little old lady in a Camry not reading her phone while she drove.

She was the only one. Every single other damn person was fully texting and driving, constantly. I got mad at the first 7 million of them. Then I realized they were the symptom, not the disease. And the disease can only be cured via picture book.

So then are you a closet Luddite?

The opposite! I wrote a Luddite book and am closeted in my ambivalence!

Also, my career would vaporize without the internet, the online newspaper I started would cease to exist, and my own kids would’ve had to get educated by our toaster this past year. Also—pause to be serious a moment—a billion far less privileged people would be actually screwed.

But the fact that people are so utterly reliant on the internet strikes me as yet another reason to rethink this whole arrangement. If my family’s well-being hinged on my drinking a little mercury every day, I’d be considering wholesale changes.

That was the biggest number I could think of.

Why did you choose to write in the voice of Goofy Old Testament?

The book imagines a foundational reset, a kind of regenesis. Seems like you’re supposed to break out Bible talk for things like that. Also, if you’re going to allude to Extreme Dog Fails and other internet-era inventions, the occasional “hath” and “come unto me” really gives you some gravitas.

Let’s talk about Rinee Shah’s illustrations. The people sort of look like they stepped out of a medieval church painting; they have flowing robes and halos and that “spooked shepherd” expression. But the dad is also wearing ’80s gym socks, and they’re all holding phones and tablets. There’s a similar highbrow-lowbrow thing going on with the typography. How did this all come about?