Space Photos of the Decade: Bright Objects and a Blurry Black Hole 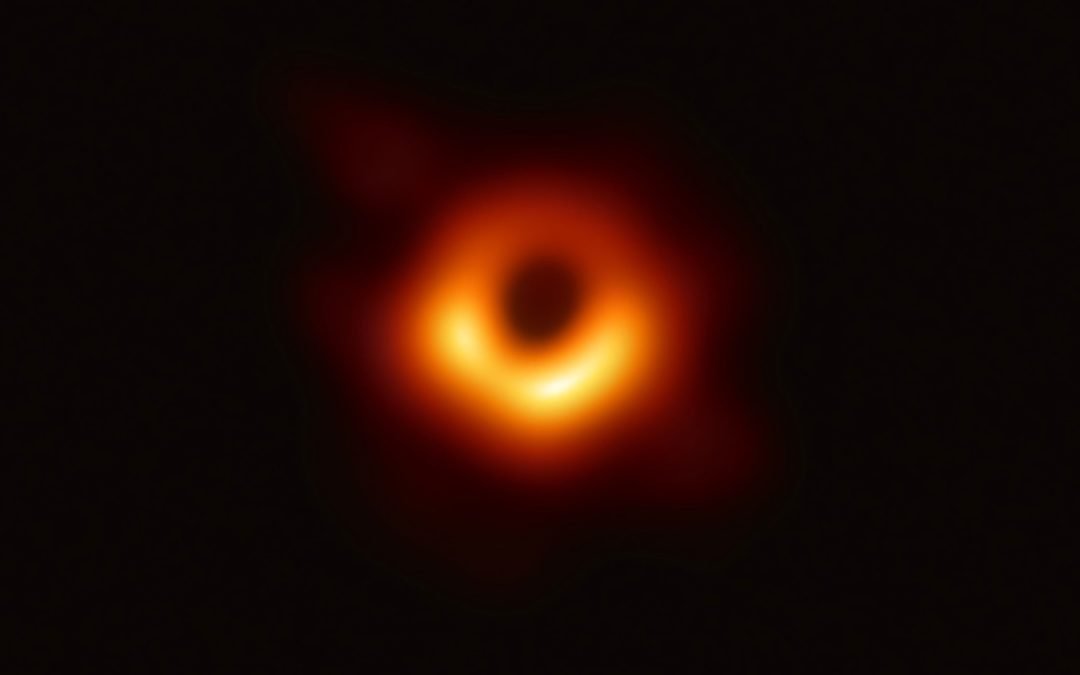 This past decade took us all over the cosmos. Physicists produced the first picture of a black hole. A giant rover landed on Mars. A spacecraft visited Pluto for the first time.

Decade in Review: WIRED looks back at the promises and failures of the last 10 years

With data collected by robotic explorers, satellites, and telescopes orbiting the Earth, the last ten years have taught us a lot about the universe we live in, but as with all exploration, more questions now await answers in the decade ahead. This week, we hop around the cosmos as we revisit the highlights of the 2010s. 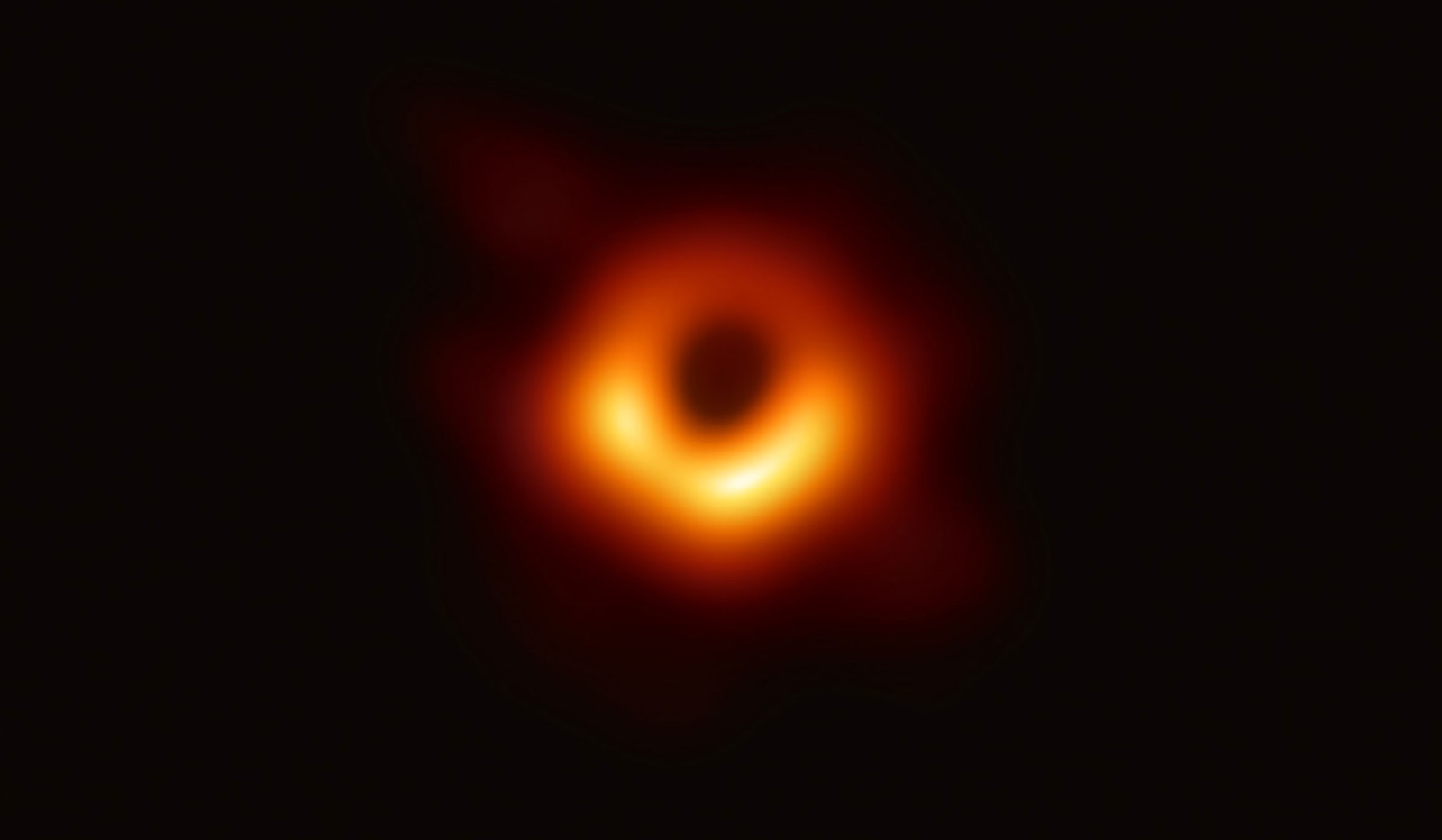 Perhaps one of the most stunning and mindblowing images to come out of the last decade or century is this one–the first image of a black hole. You might be wondering, how can we see a black hole if it emits no light and is well, black? Check out the ring of light: That is the event horizon, where matter is getting gobbled up and heated up so much that it glows as it gets sucked in. 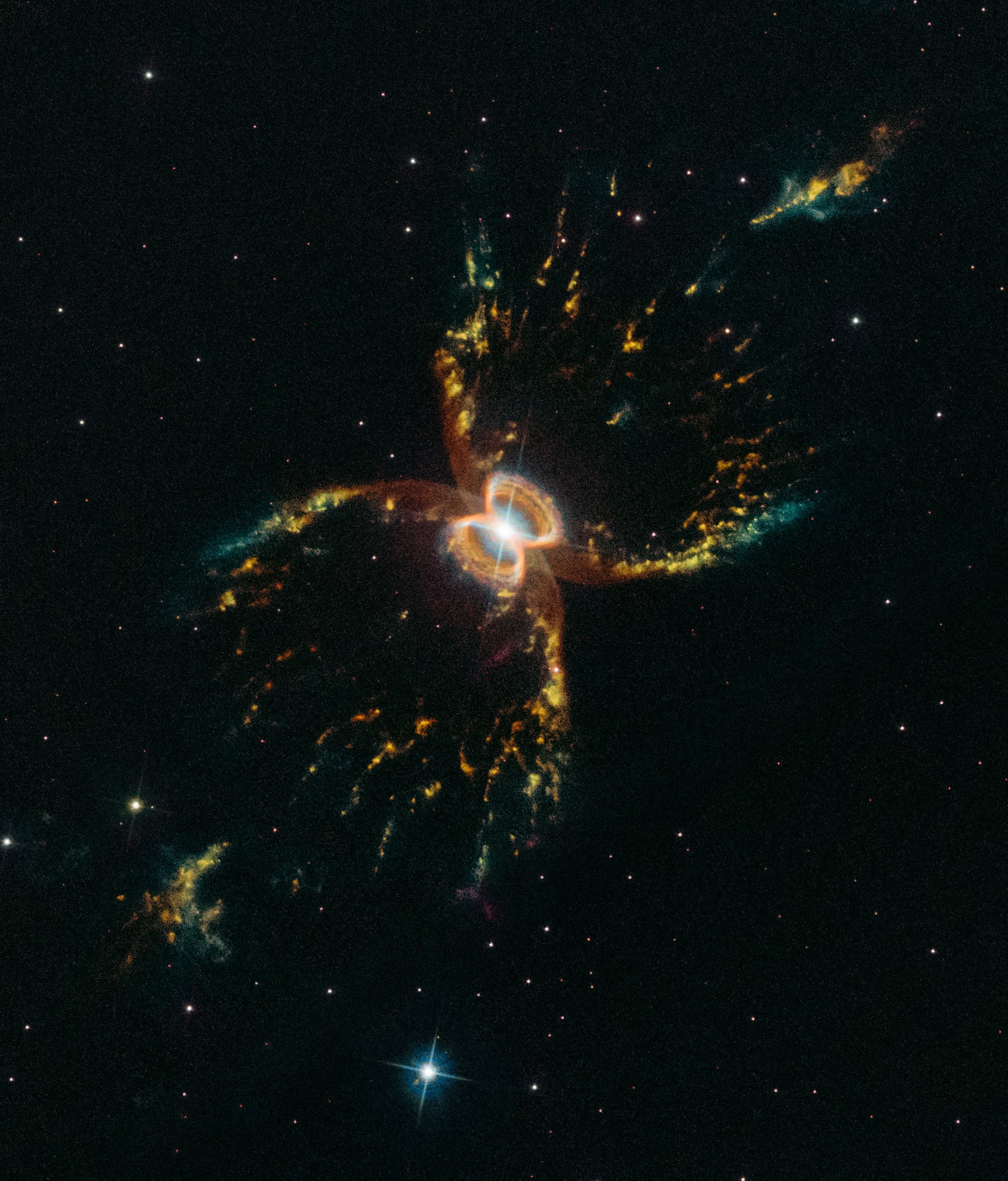 Astronomers captured this image of the Southern Crab nebula in honor of Hubble Space Telescope’s 29th anniversary since its launch. The colorful and oddly shaped nebula is created by the force blasts of two stars zipping around each other. One of the stars is a red giant (the fate our own sun will eventually meet), and in its death it is shedding material, which then gets pulled in by the other star to create this stunning shape. 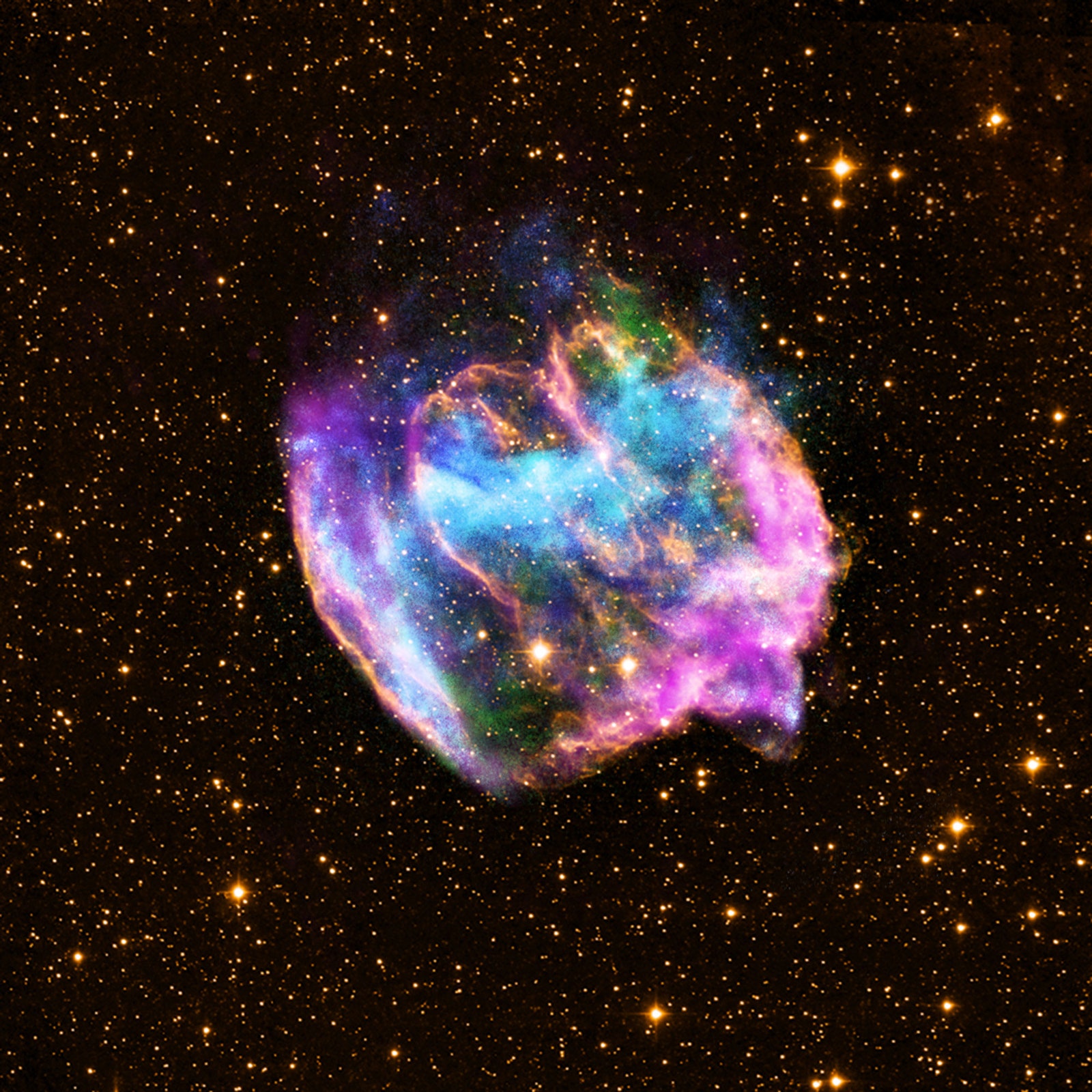 W49B is a distorted supernova remnant. This image uses a combination of x-ray filters, radio waves and infrared to create the full range of colors. Scientists think this supernova remnant might contain the most recent black hole to form in our galaxy. At 1,000 years old this remnant and the black hole are both very young, and are 26,000 light years away. 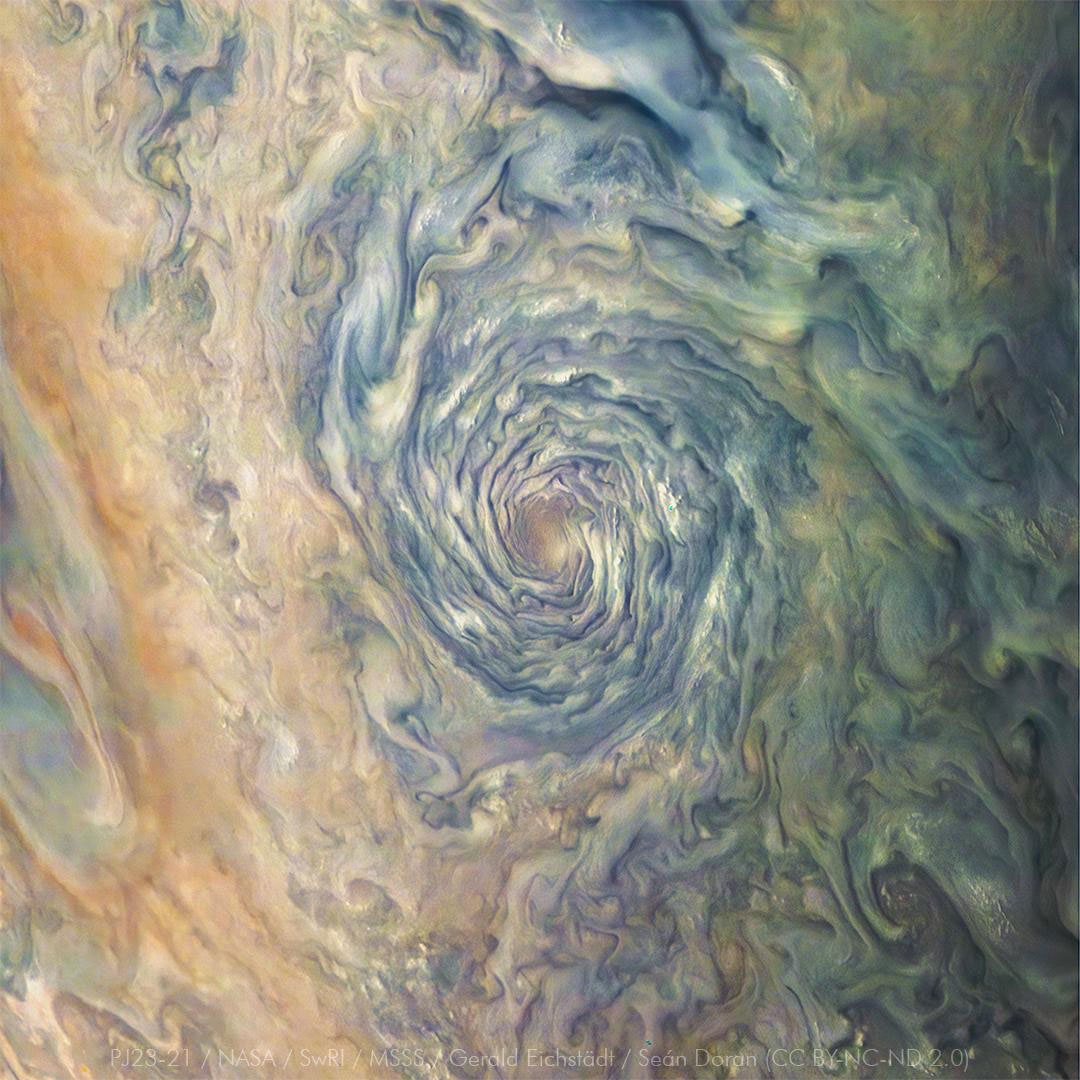 NASA’s Juno Mission launched to Jupiter on July 4, 2016 and has been delivering mind-blowing images of the gas giant ever since. This photo shows a massive vortex spinning in Jupiter’s atmosphere. By filtering for the blues, scientists were able to see for the first time the complex structure of a storm. 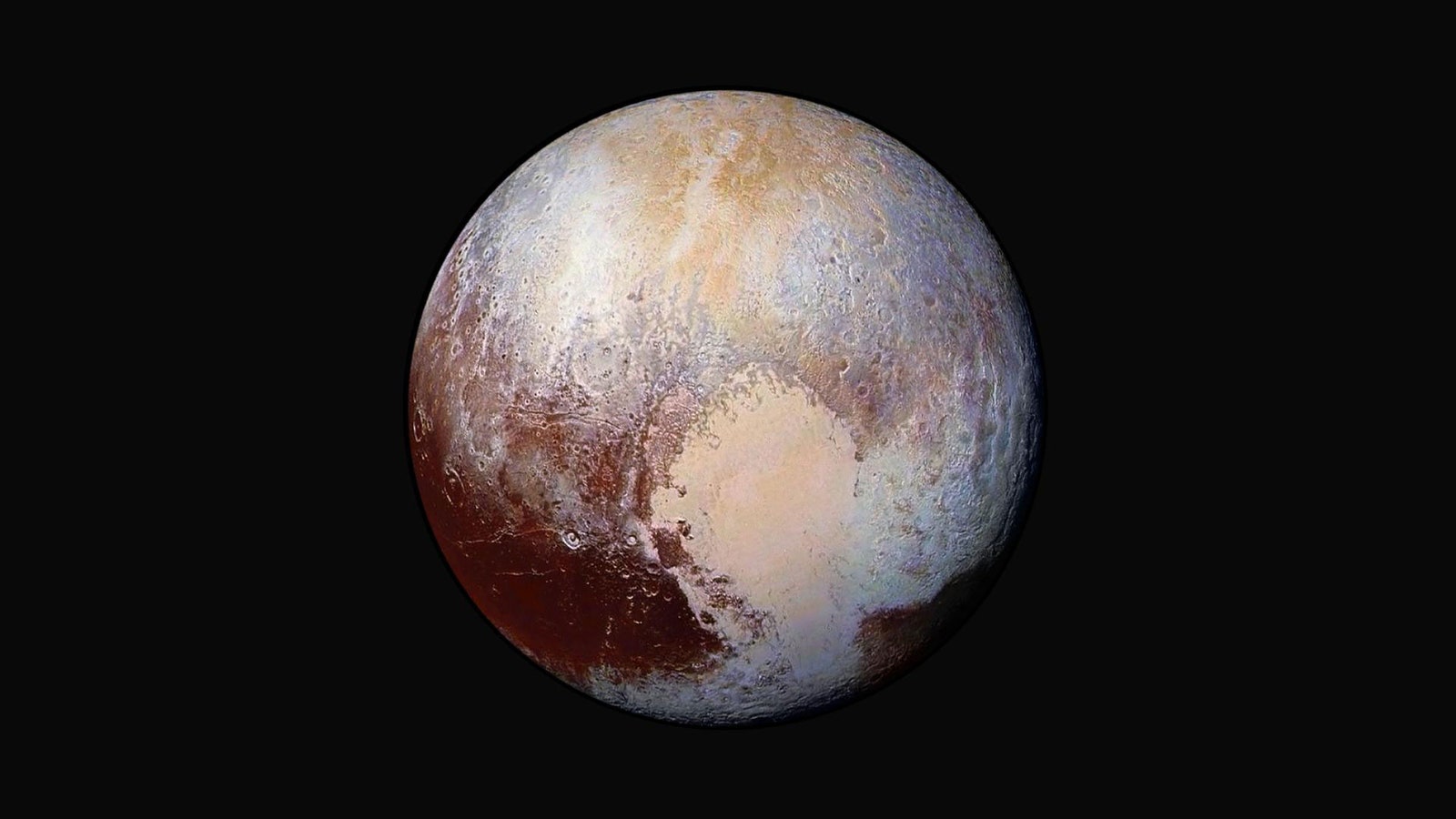 One of the decade’s most thrilling moments in space happened in 2015 when NASA’s New Horizon’s spacecraft flew past Pluto, making it the first and only mission to ever visit this gorgeous dwarf planet. Not only was Pluto’s surface filled with strange textures and geology, an unmistakable and now iconic feature appeared on its surface: a huge heart. 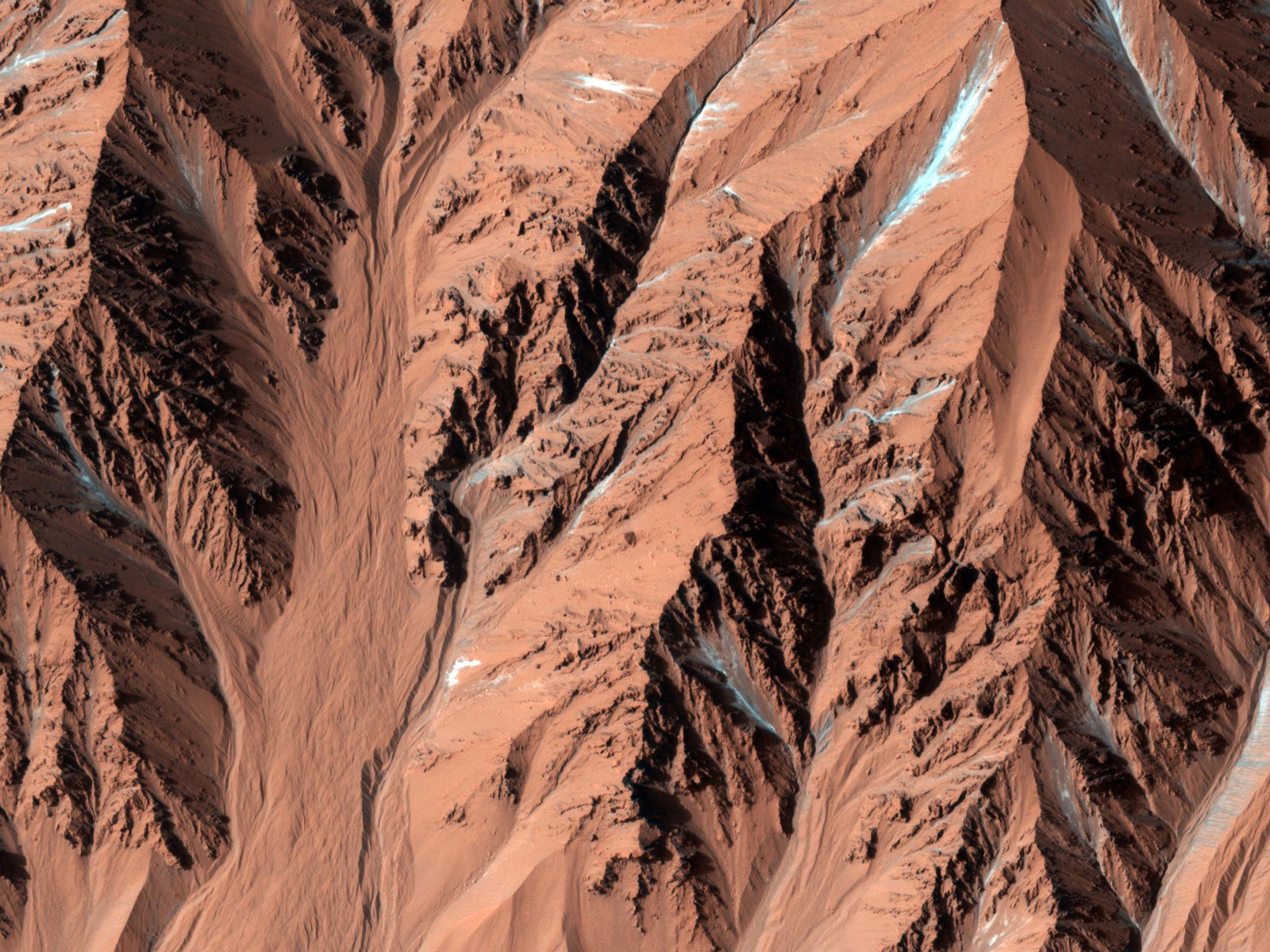 You’d be forgiven if you thought this image was of Earth. These are active gullies on Mars taken by NASA’s Mars Reconnaissance Orbiter, which has been circling Mars since 2006. Gullies like these, which exist on Earth as well, are signs of active geology, as the landscape changes with wind, the formation of ice, and its subsequent melting. 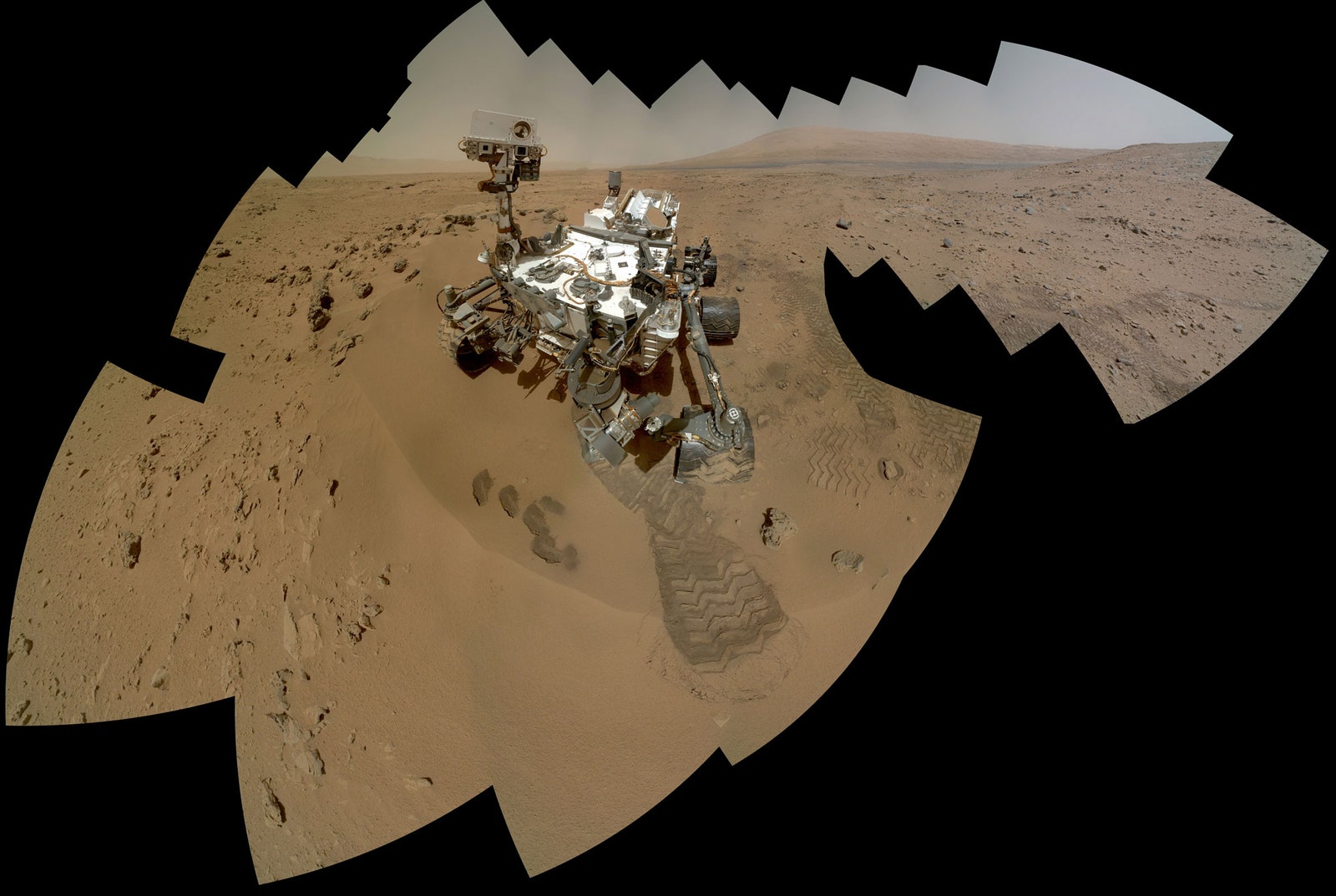 In August of 2012, NASA accomplished a major feat: landing an SUV-sized robotic rover on the surface of Mars. In December, just a few months later, the Curiosity rover took a selfie from the surface of the red planet. This photo was taken by a rover 142 million miles away. The tracks of its barely driven tires are clear and visible, pressed into the fine, rusty sand of another world.

Still feeling nostalgic? Look back at the rest of the decade’s space photos here.