Space Photos of the Week: Look, Ma, No Selfie Stick! 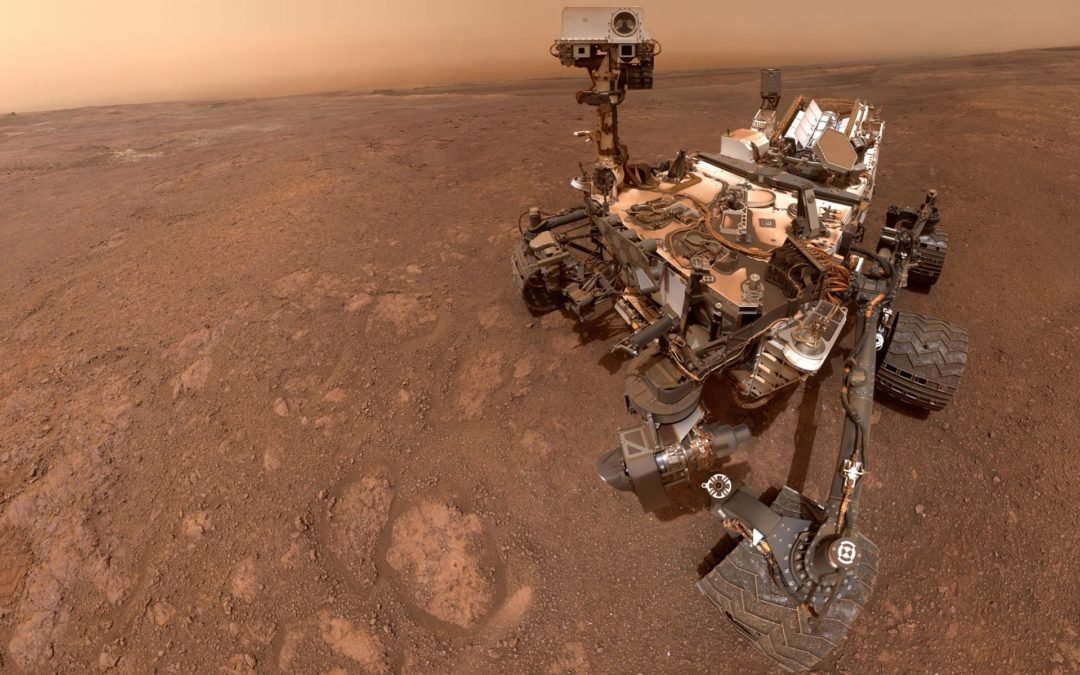 NASA’s Curiosity rover is an expert at taking selfies on Mars, and this latest photo was snapped January 15 at the Rock Hall drill site. It’s actually 57 separate images stitched together to show another working day on the red planet. After six years of working and driving around, the rover is looking pretty dusty and dirty, but it’s still plugging away and doing science (also tweeting and ‘graming!) from 100 million miles away.

On New Year’s Day, NASA’s New Horizons visited the most distant object a spacecraft has ever been to—a tiny, icy rock called 2014 MU69. From a distance it looked like a funny elongated point of light, but thanks to the flyby, we now know that MU69 is in fact a deep-space snowman. This newly downlinked high-res image shows MU69 as two distinct spheres, called a contact binary. While this primordial object might look like a dented bowling pin, MU69 is actually chock-full of information about the early days of our solar system.

In space photos, we often witness the deaths of stars, but rarely do we get to see the destruction of a galaxy. This region is called the Coma galaxy cluster, and the spiral on the right, called D100, is no match for the gravity of the cluster. Its material is being pulled out slowly and shot into space. After D100 is stripped of most of its galactic material, it will lose the ability to create new stars and remain a relic containing only ancient red stars.

Scientists long have wondered why enormous black holes were so common in the earliest days of the universe. A new study funded by NASA and the National Science Foundation used the distribution of dark matter in young galaxies to better understand what could have been feeding these dense objects so early on. Sometimes when stars die, they turn into a supernovae and explode all over the place. Alternately, if they are extremely dense, they can use up their fuel quickly and turn into a black hole. This image, made from simulations run on a Georgia Institute of Technology supercomputer, shows the halo of dark matter around three supermassive stars that might eventually turn into a supermassive black hole.

The tapestry of stars in our galaxy shine overheard at the European Southern Observatory’s Very Large Telescope, located in the Atacama desert in Chile. (Its 300 clear nights a year can’t be beat for looking into space.) The Unit Telescope 4 (Yepun) is seen here shooting two lasers that will serve as a guide star during observations. Astronomers use these fake stars to calibrate their telescopes and to compare the brightness of other stars.

There is an unknown force in space that moves matter, and it’s likely the key to the rapid acceleration and expansion of the universe. Astronomers call it dark energy. This illustration shows how scientists think dark energy may have changed in galaxies over time. Thanks to NASA’s Chandra X-ray Observatory and the European Space Agency’s XMM-Newton spacecraft, we are getting closer to understanding how this force may have been altered among astral bodies over billions of years.