Space Photos of the Week: Saturn’s Rings Are Feelin’ Groovy 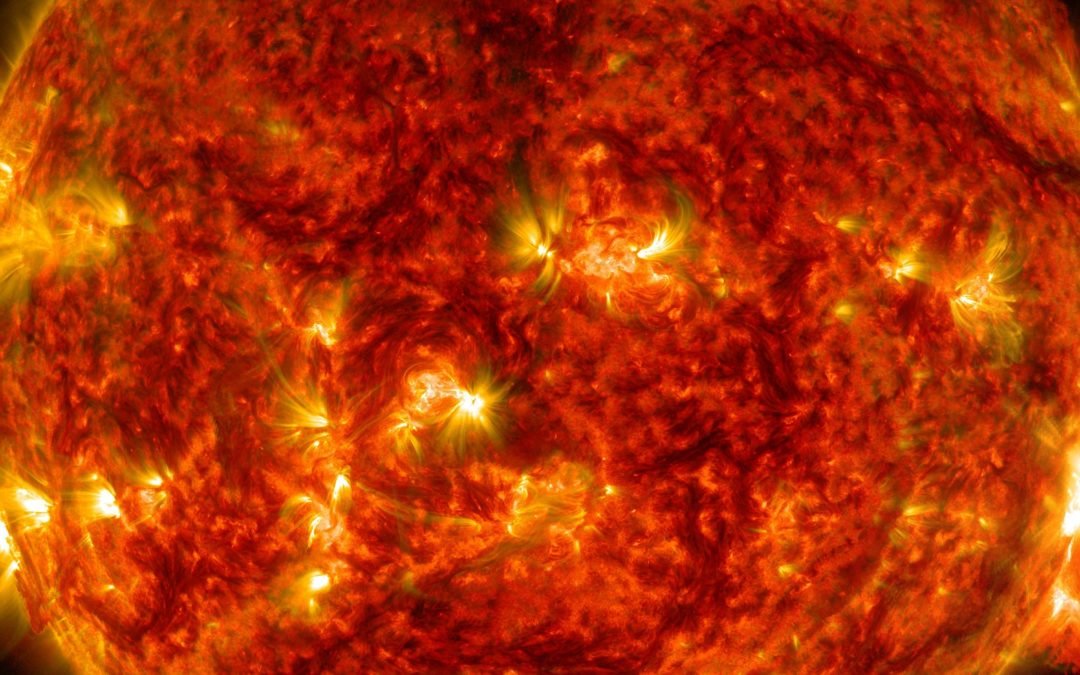 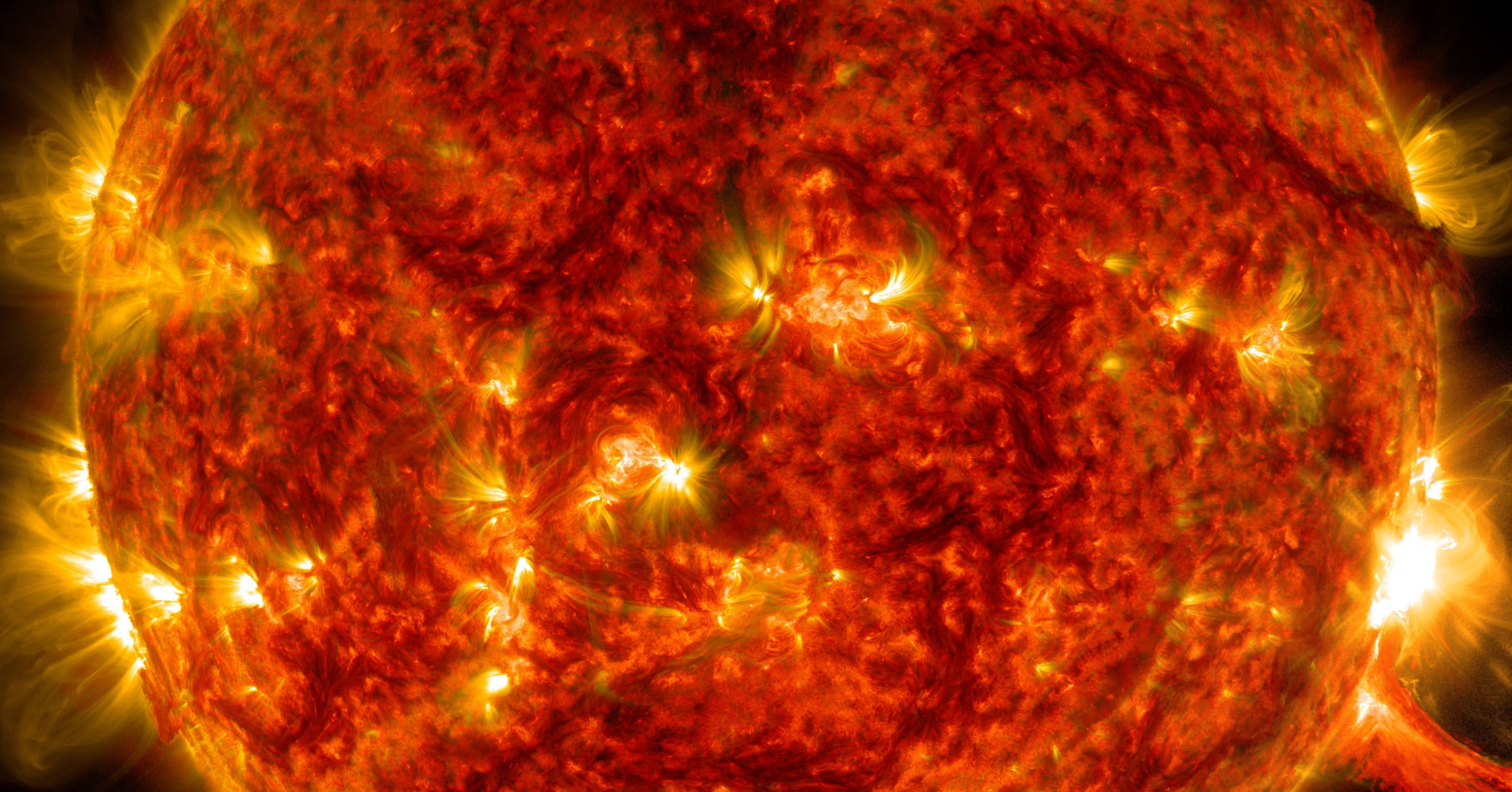 You’ve had hot wings and hot peppers, but have you heard of burps of hot plasma? NASA’s Solar Dynamics Observatory keeps a close watch on our star, and in 2014 it captured these swirling, stunning solar flares. Scientists are using solar flare data to better understand how the Sun grew over time, as well as how the blasts might have affected other planets. “We didn’t know what the Sun looked like in its first billion years, and it’s super important because it likely changed how Venus’ atmosphere evolved and how quickly it lost water. It also probably changed how quickly Mars lost its atmosphere,” says NASA astrophysicist Prabal Saxena. “And it changed the atmospheric chemistry of Earth.”

Never enough space bling: This black and white close-up of Saturn’s rings, the crown jewels of our solar system, courtesy of Cassini, shows their remarkable variation in texture. The ring region seen here is called the outer Cassini division—named for Italian astronomer Giaovani Domenico Cassini, who discovered four of Saturn’s moons as well as the division in the rings.

NASA’s Cassini spacecraft might have said goodbye, taking a final dive into Saturn’s atmosphere in 2017, but its data keeps on giving. This image shows the effects of small objects orbiting within the planet’s rings. These tiny masses shape and bend the material around them, creating ripples in the rings. Scientists are studying how these disks made of ice and dust particles relate to small bodies that exist among them. Because our solar system and Earth itself were formed from rings like these, it’s important to fully comprehend their workings.

In a spiral galaxy 45 million light years away, stars are dying. NGC 4051 is home to many bright beacons of light, so much so that when the Hubble Space Telescope gets pointed here, it can see evidence of supernovae. Astronomers have discovered many a star’s death in this nook of the universe, and while these lights dim after the initial explosion, the subsequent bright bursts help inform researchers about how stars are forming and shedding their mortal coils.

The Atacama Large Millimeter/Submillimeter Array, or ALMA, is illuminated here in the Chilean desert. This series of antennas are wildly powerful: All 66 dishes can equal up to a telescope as big as 16 kilometers! ALMA is designed to look at the coldest and farthest regions of what’s called the observable universe, to glimpse at the formation of baby planets in other very young star systems. The light that comes from these objects has wavelengths about the size of a millimeter, which is what gives this powerful telescope part of its name.

Stuck on you: NASA’s Chandra X-ray Observatory can barely take its electromagnetic eyes off the Coma galaxy cluster. Galaxy clusters are by definition dense, but new data reveals the gas inside this cluster might be thick and sticky, and therefore heavy. In fact, the gas in the Coma cluster carries six times more mass than the entire mass of all its galaxies combined. In this image, the galaxies are in visible light, seen as white specs scattered about, while the hot, sticky gas glows in x-ray light, seen here in purple. Grokking how such gas behaves within Coma and its magnetic field can help explain what happens when galaxies collide and merge.