Space Photos of the Week: Spying on Jupiter 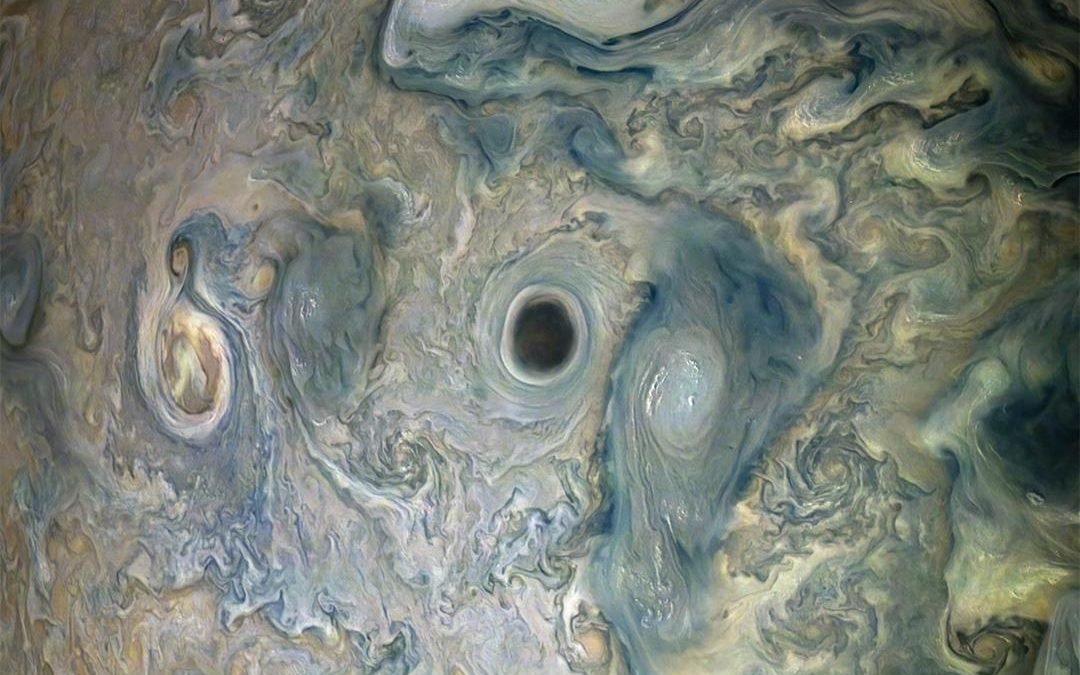 The god Jupiter was a cheating punk. Always sleeping with mortals was he, and enshrouding himself with thick clouds so his wife wouldn’t know what he was up to. Except, ha! His wife Juno had the power to see through his fake atmosphere. Which, obviously, is why the spacecraft NASA launched in 2011 to spy on Jupiter is called … Juno.

The craft traveled for five years and finally entered orbit around Jupiter on July 4, 2016, encircling the planet every 52 days. In addition to having a thick atmosphere, Jupiter is also wrapped in intense radiation belts. In fact, second to the Sun, Jupiter and its surrounding region make for the most dangerous environment in the solar system. Nevertheless, Juno persisted and it has now been studying the solar system’s largest planet for more than two years—using specially designed tools like JIRAM, an infrared spectrometer, to peek deep into the clouds, and a magnetometer to observe the planet’s complex and massive magnetic field.

Jupiter played a large role in the current formation of our solar system, so by understanding more about this banded beauty, we can learn more about Earth as well. 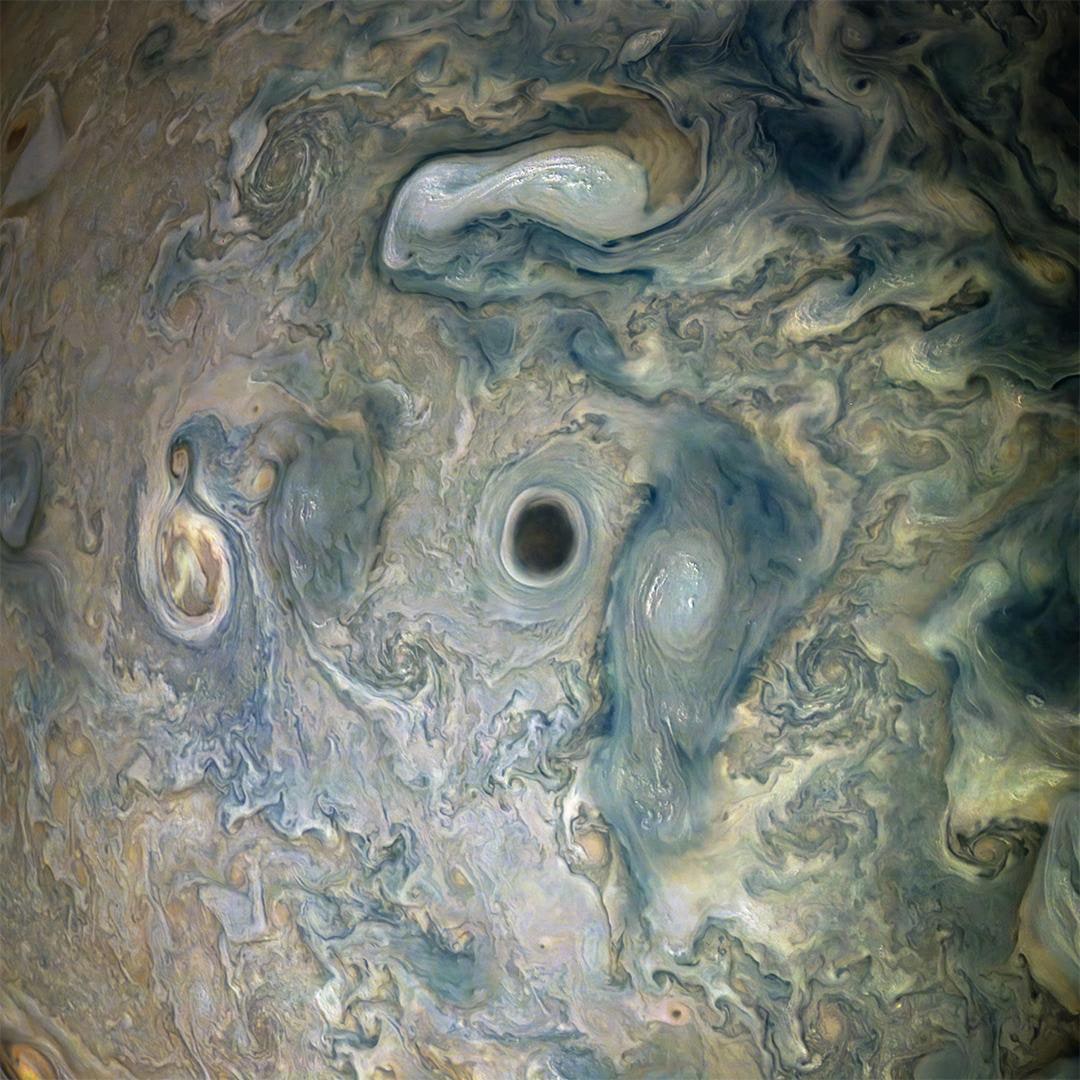 During its 20th science flyby, Juno snapped a photo of a dark abyss circling in Jupiter’s atmosphere. The planet is famous for its mind-boggling, swirling storms, but this dark spot was a sort of storm that had never been seen before, and likely dives deep into the atmosphere. The photo was taken just a couple of months ago during Juno’s 20th science orbit, during which it got as close as 9,200 miles above the cloud tops.Photograph: Gerald Eichstadt/Sean Doran/NASA/JPL-Caltech/SwRI/MSSS 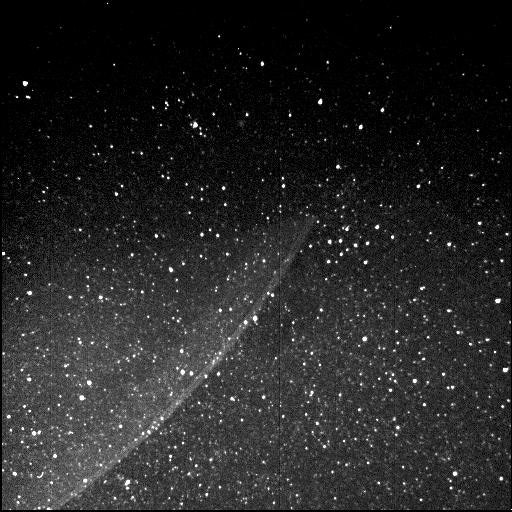 Did you know Jupiter has rings? It does, but they are thin and very faint and hard to see from Earth. Juno got a view of them from a rare vantage point when, during its 13th orbit around the planet, it flew inside of the rings. The background is blanketed with stars, but if you look at the white hazy stripe curving through the photo, you’ll see Jupiter’s main ring belt.Photograph: NASA/JPL-Caltech/SwRI 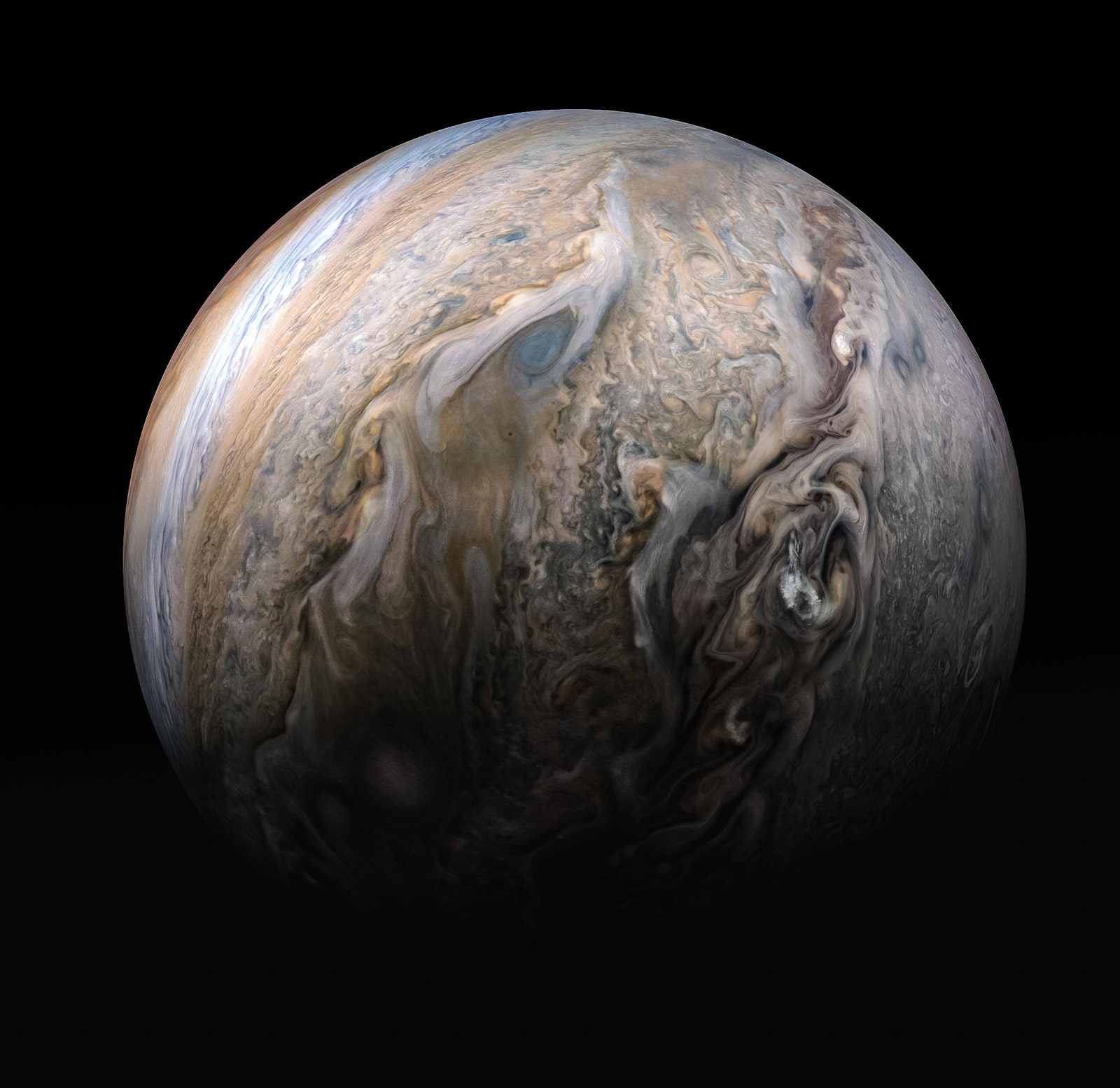 This May, the spacecraft swooped outward in its orbit and captured this stunning photo of Jupiter and its turbulent atmosphere from 11,600 miles away. Toward the right side of the planet around the brown wavelike band, white pop-up clouds appear higher up in the atmosphere—a feature scientists had never seen prior to Juno’s arrival. Jupiter’s atmosphere is mostly composed of hydrogen and a sprinkle of helium and ammonia, and high altitude clouds that look almost like those on Earth was a fun discovery by the Juno mission.Photograph: Kevin M. Gill/NASA/JPL-Caltech/SwRI/MSSS