Space Photos of the Week: Swooning for the Swan Nebula 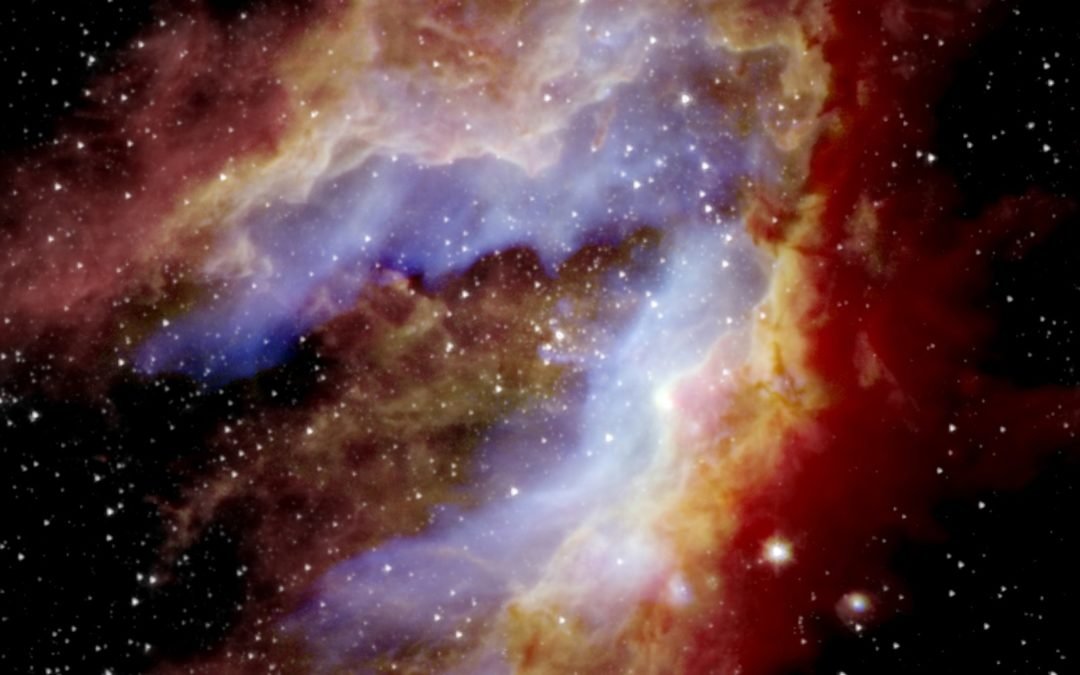 Stellar nurseries are some of the most photogenic regions in the universe. The gas and dust of these nebulas consist of different elements that appear in our telescopes and cameras as a variety of colors. The colors can reveal the temperatures of this gas as well as the types of materials present. This week we are on a journey to the Swan Nebula, also known as Omega or M17. Scientists only recently realized that this nebula was formerly two separate objects that merged some time ago—creating the characteristic swan shape. Strap in for some star forming because this nebula has everything: gas, dust, stars. 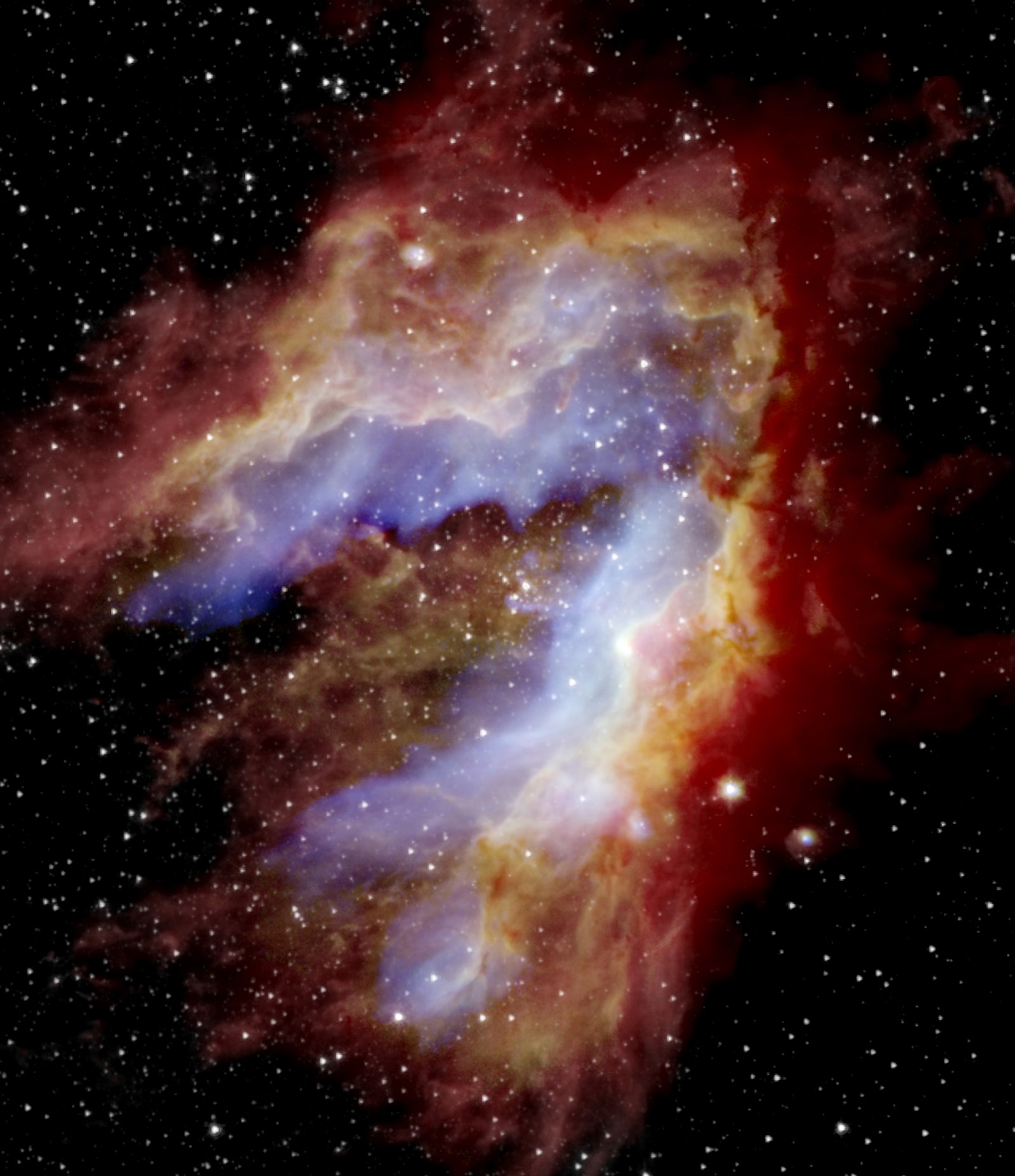 NASA’s SOFIA telescope has been studying the famous Swan Nebula in order to better understand how this bird got its shape. Combining the data from three different telescopes—Spitzer, Herschel and SOFIA—creates a composite image that reveals the nebula’s full complexity. Toward the center, where new stars are born, blue gas glows hotter than the surrounding zones. Recent observations from SOFIA identified nine proto-stars in the southern region, and discovered that the Swan’s shape is likely the result of a long-ago merger of two separate nebulas.Photograph: NASA/SOFIA/Lim, De Buizer, & Radomski et al.; ESA/Herschel; NASA/JPL-Caltech

In this view from the Spitzer Space Telescope, we see a different aspect of the Swan Nebula. Unlike many other Spitzer photos which are filtered for infrared or x-ray light, this spectacular photo is in visible light—meaning, if you could pull up to this nebula this is what you would see. The central star-forming region still shines bright, but the entire field of view is blanketed with stars.Photograph: NASA/JPL-Caltech/Penn State/DSS 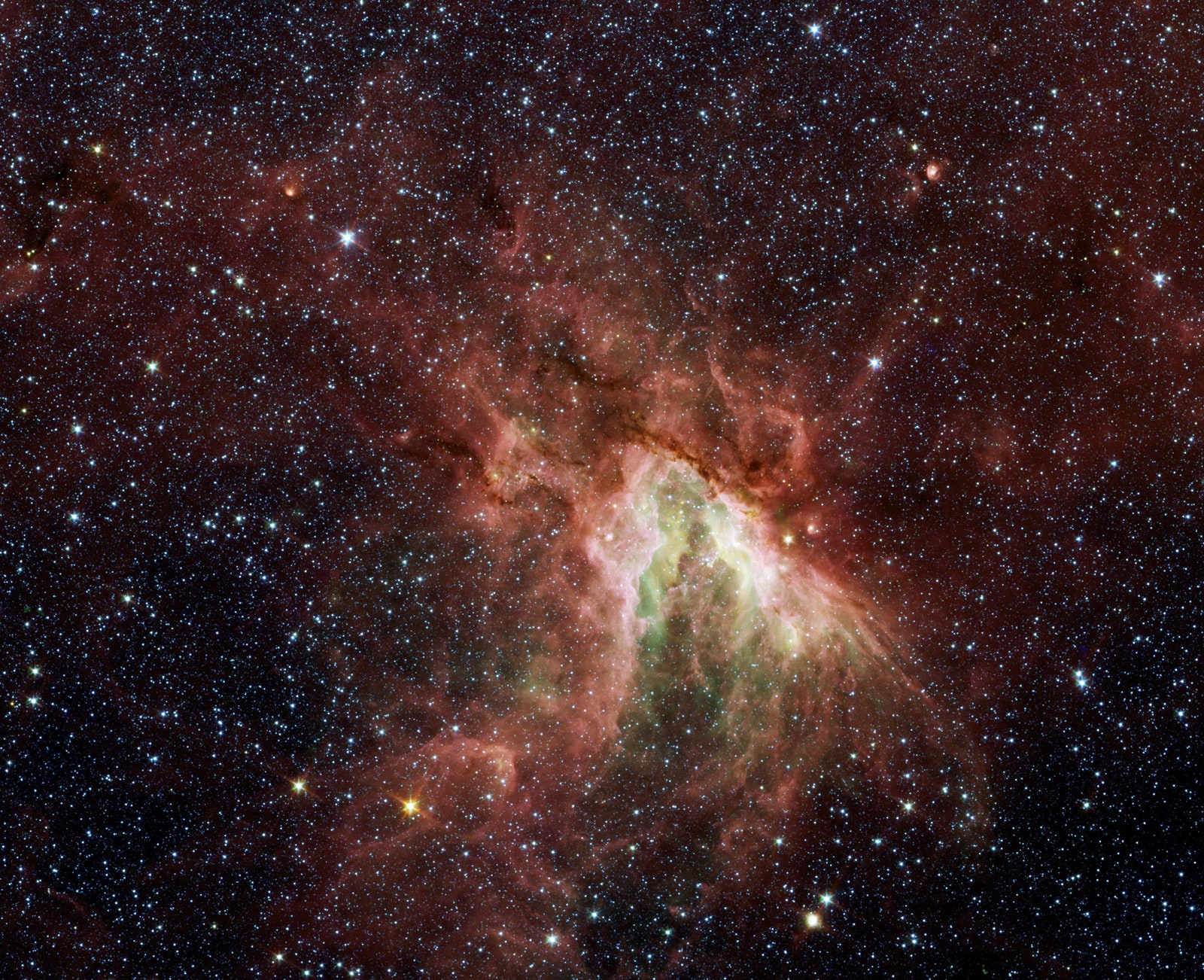 This infrared view from NASA’s Spitzer telescope reveals even more texture and activity in this busy region. Nestled in the center of this sea of starlight are massive stars expelling vast streams of gas, which shape the cloud of debris around them.Photograph: NASA/JPL-Caltech/University of Wisconsin 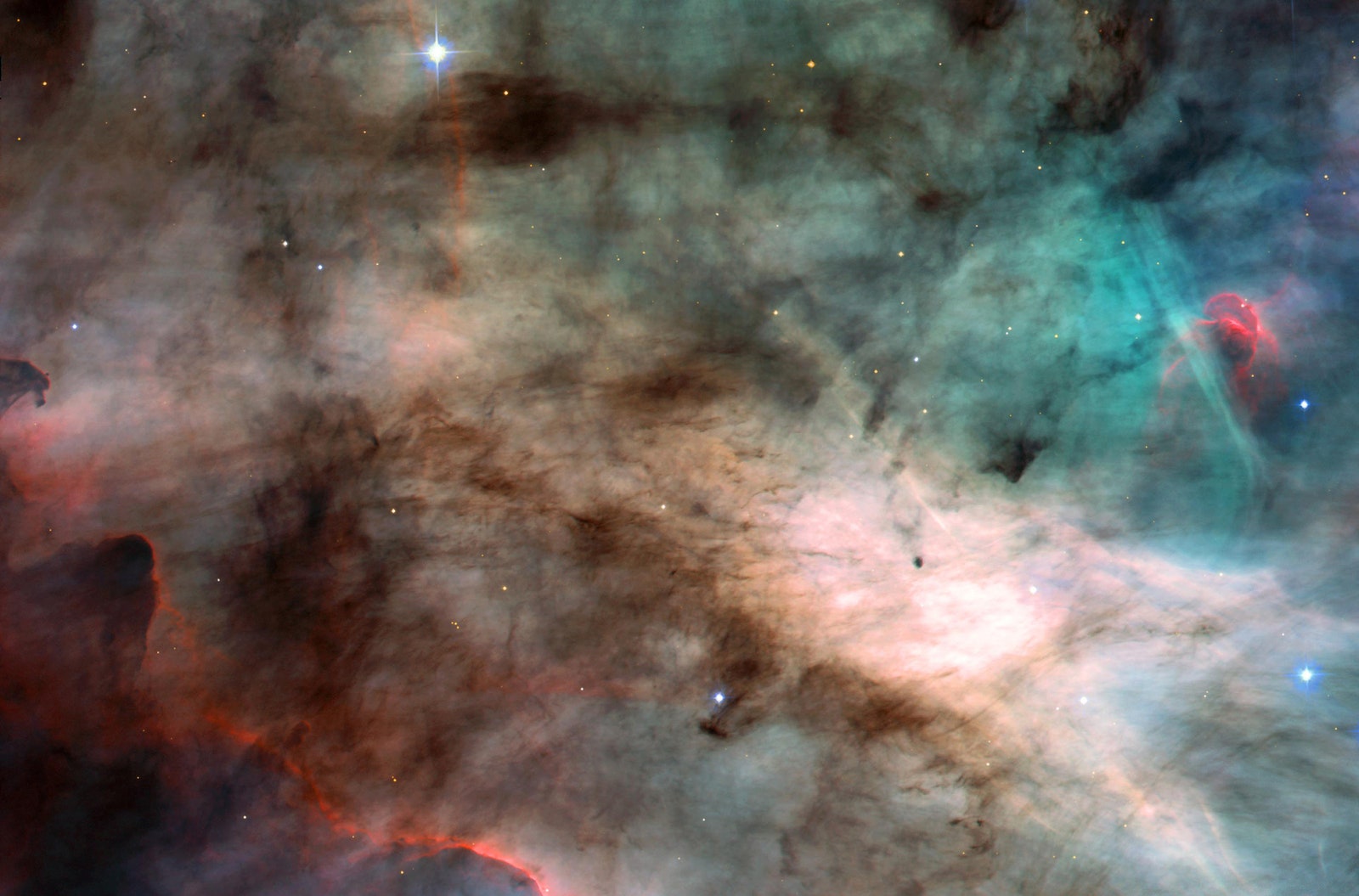 In this image from the Hubble Space Telescope, the center of the Swan Nebula appears shrouded in a cloud of hydrogen gas. Blues and greens reveal oxygen atoms, as well as nitrogen, hydrogen, and sulfur.Photograph: NASA; Johns Hopkins University; USCS/LO; STScI; ACS; ESA 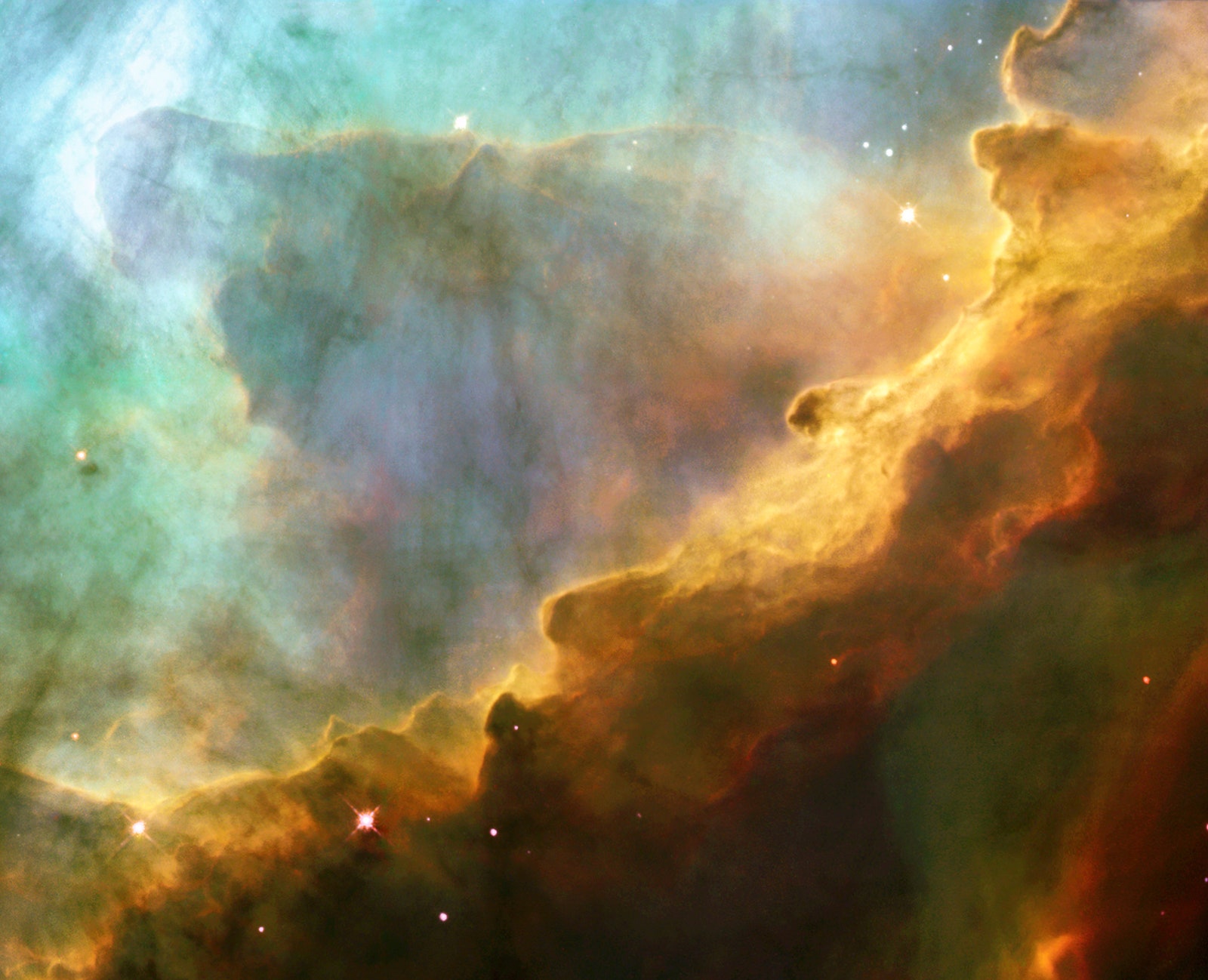 A renowned image from the Hubble Space telescope creates the feeling of floating in a spaceship through the middle of the action. The nebula’s center glows orange like a sea of fire, surrounded by dense clouds of hydrogen, the main stuff of stars.Photograph: NASA

Want more to ogle? Wander over to this sector of the WIRED universe.