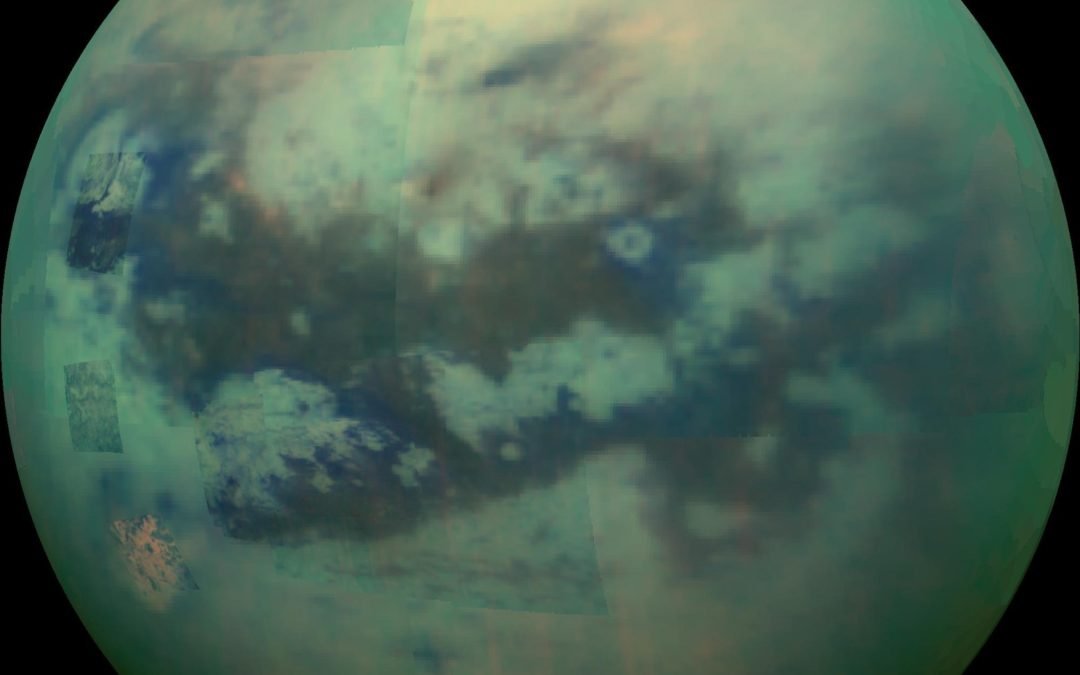 Titan is Saturn’s largest and weirdest moon. In fact, it’s more like a planet: Titan is the only moon in the solar system with an atmosphere, and it has a gravity that is similar to Earth’s. It even has lakes and rivers—except on Titan, the “waterways” are actually liquid methane and ethane (liquid because the surface is very cold, minus-291 degrees Fahrenheit).

Perhaps the most interesting thing about Titan is that organic compounds like hydrocarbons exist there, which means the moon contains materials that could make up life. Any life-form that might exist on Titan, though, would likely look like nothing we can imagine. To date, only one spacecraft has ever been near this special moon, and that is NASA’s Cassini mission, which ended in September 2017.

In 2024, NASA will send a mission to Titan called Dragonfly. This dual quadcopter will descend onto the moon’s surface and fly around in search of evidence of habitability. 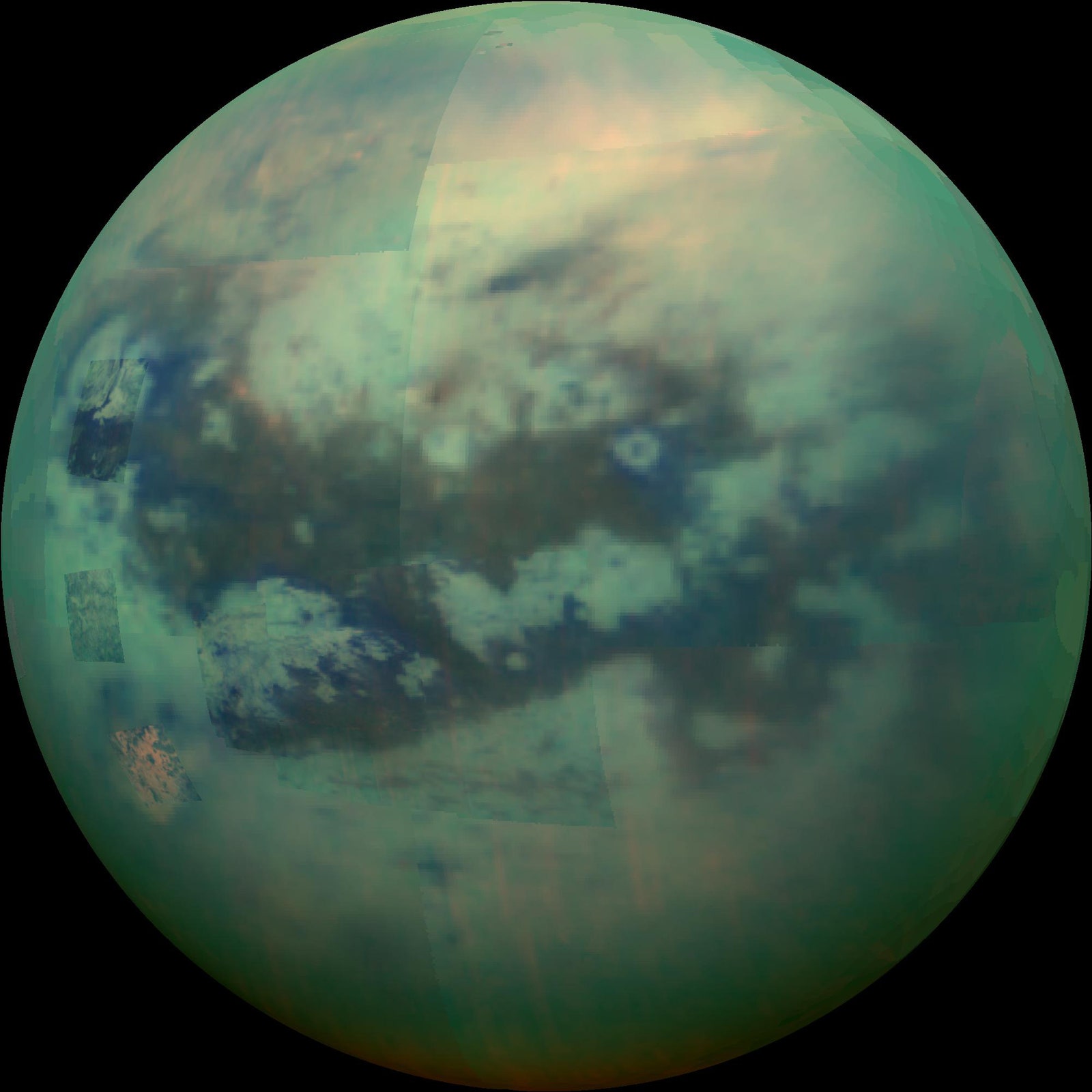 In 2015, Cassini used one of its infrared instruments to peer through Titan’s thick atmosphere and take a gander at the surface. The darker regions are dunes, just like we have here on Earth and on Mars. And the bright areas are regions with liquid lakes surrounded by rocky material.Photograph: NASA/JPL/University of Arizona/University of Idaho 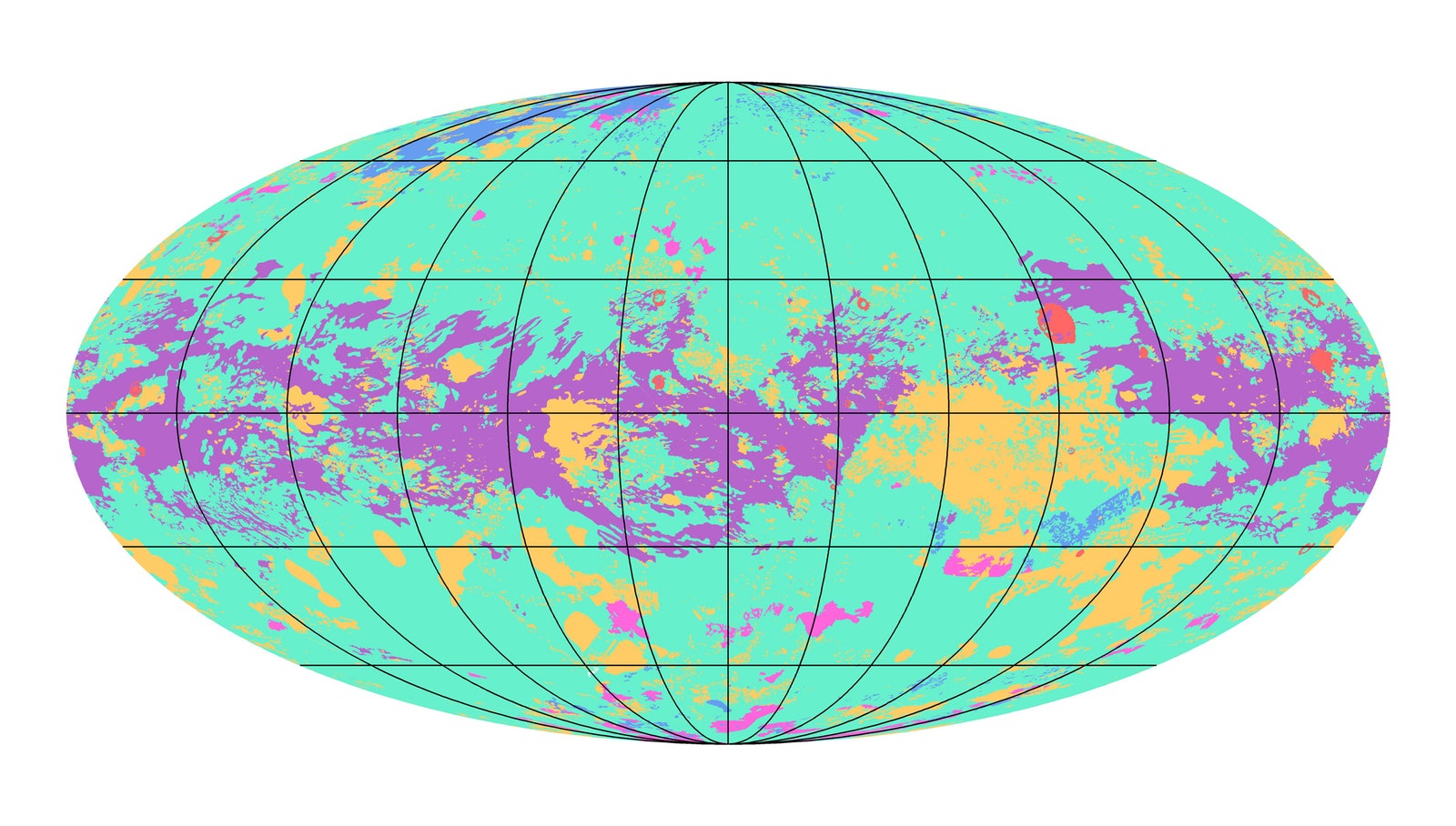 Cassini burned up in Saturn’s atmosphere two years ago, but researchers are still processing the data it sent back. Last week, NASA revealed the first geological map of the surface of Titan. The purple areas align with the previous photo—the areas with dunes. The blue indicates lakes, and the sweeping teal areas are all flat, open plains.Illustration: NASA/JPL-Caltech/ASU 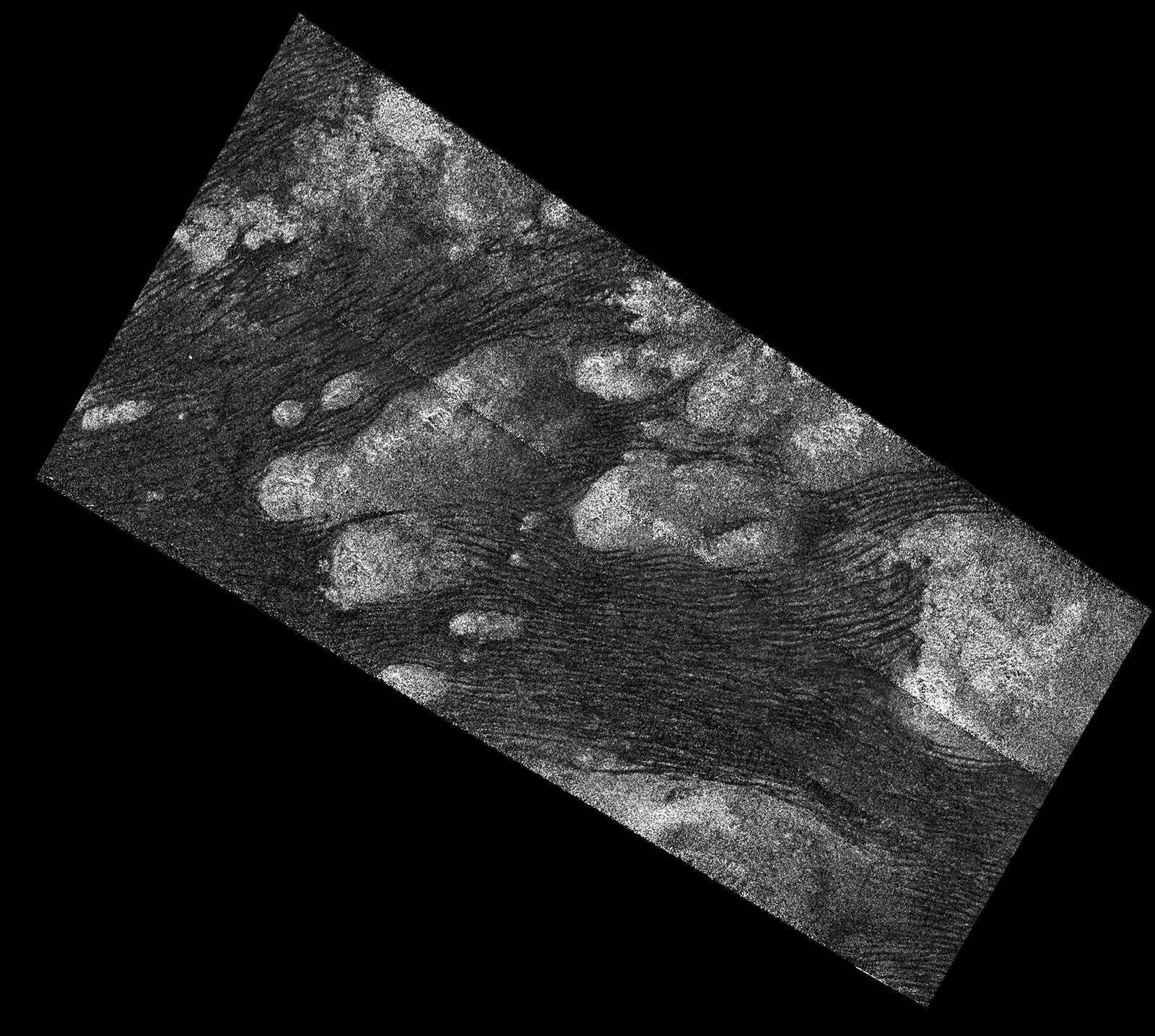 Here we see a close up of one of Titan’s dunes, called Shangri-la. Each dark line is a sand dune, and they worm around the landscape like a wood pattern. The brighter spots in this photo are mountains and cliffs. When the wind blows, it picks up the sand and moves it through these canyons, resulting in these intricate patterns.Photograph: NASA/JPL-Caltech/ASI 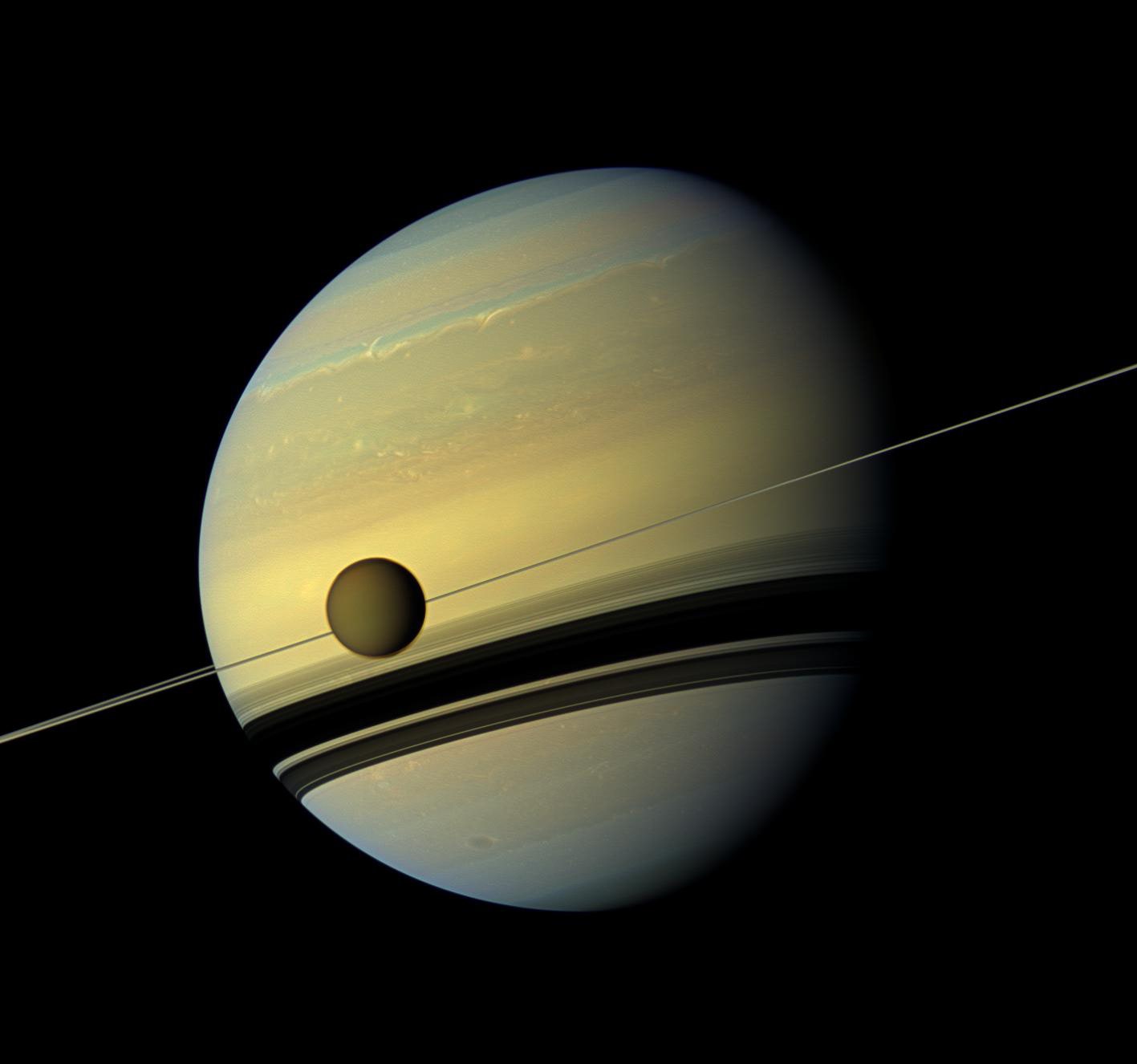 The photos Cassini sent back during its 13 years at Saturn are so stunning, they can make this already beautiful planet seem like something out of fairy tales. Here we see Titan floating next to Saturn and its rings. This edge-on view gives us some perspective not only of how large Saturn is, but also how thin its rings are.Photograph: NASA/JPL-Caltech/Space Science Institute 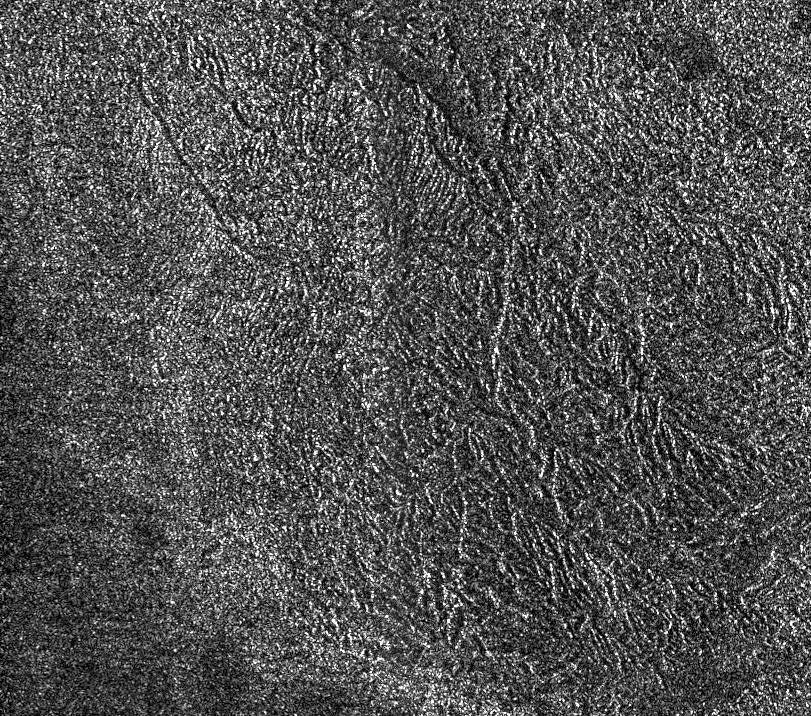 This sliver of Titan’s surface is called Labyrinth terrain. While you won’t find David Bowie here, what you will see are remnants of the surface that have been cut away over time by rivers of liquid methane. Scientists believe the darker area on the left may have been formed by methane rain, slowly morphing the surface.Photograph: NASA/JPL-Caltech/ASI 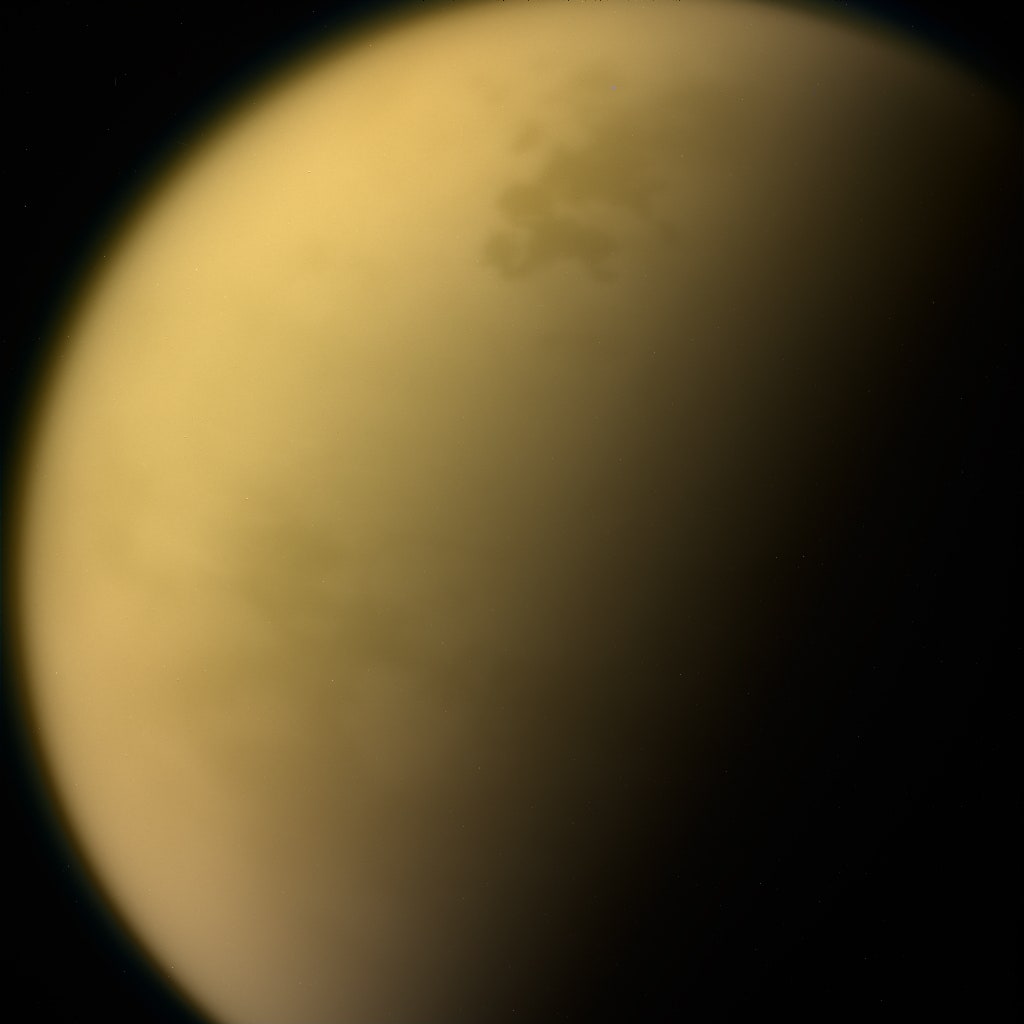 On September 15, 2017, before Cassini set a death course into Saturn, it took one last photo of Titan. This close-up pic is not out of focus—that is simply how hazy and thick Titan’s atmosphere is. The spacecraft gave us the first-ever view of this alien yet tantalizingly interesting world, and it discovered enough to warrant an entire mission to go back to this one single moon.Photograph: NASA/JPL-Caltech/Space Science Institute

Make it your mission to see the rest of WIRED’s collection of space photos here.