Space Photos of the Week: Tune Into Neptune 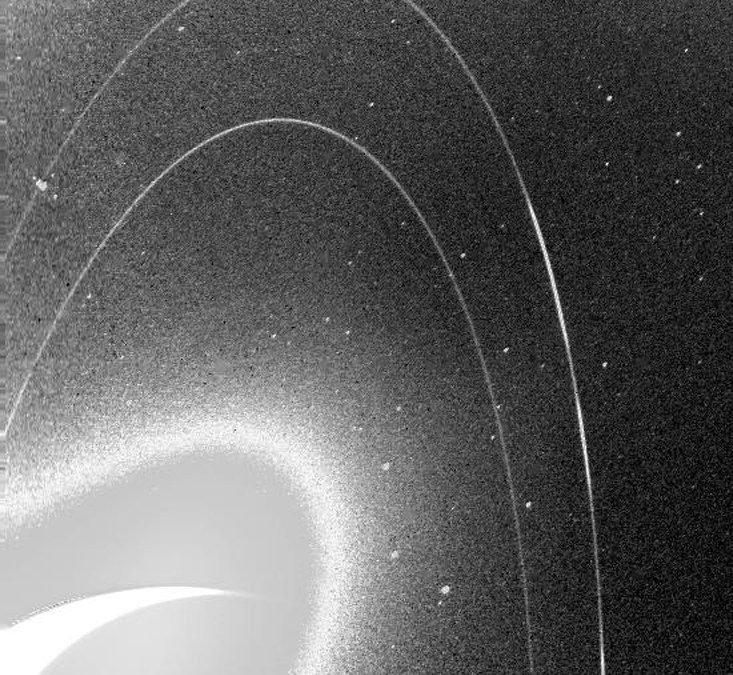 Thirty years ago NASA’s Voyager 2 spacecraft flew past Neptune, completing its epic journey through the outer solar system. The eighth and outermost planet in our neighborhood, Neptune is considered one of the ice giants, along with Uranus. But that name is a misnomer since the planet is actually covered in gas, and whatever ice is below that is basically slushy.

When Voyager launched we had no idea what Uranus and Neptune looked like up close. The mission uncovered two worlds very unlike any other planets in our solar system, and we now know that both have rings, as well as robust storms and bizarre icy moons. And as scientists discover more exoplanets around other stars, many of them end up looking an awful lot like Neptune—which means that the Voyager 2 planetary data from long ago turns out to be a good model for other planets we might discover in the future. 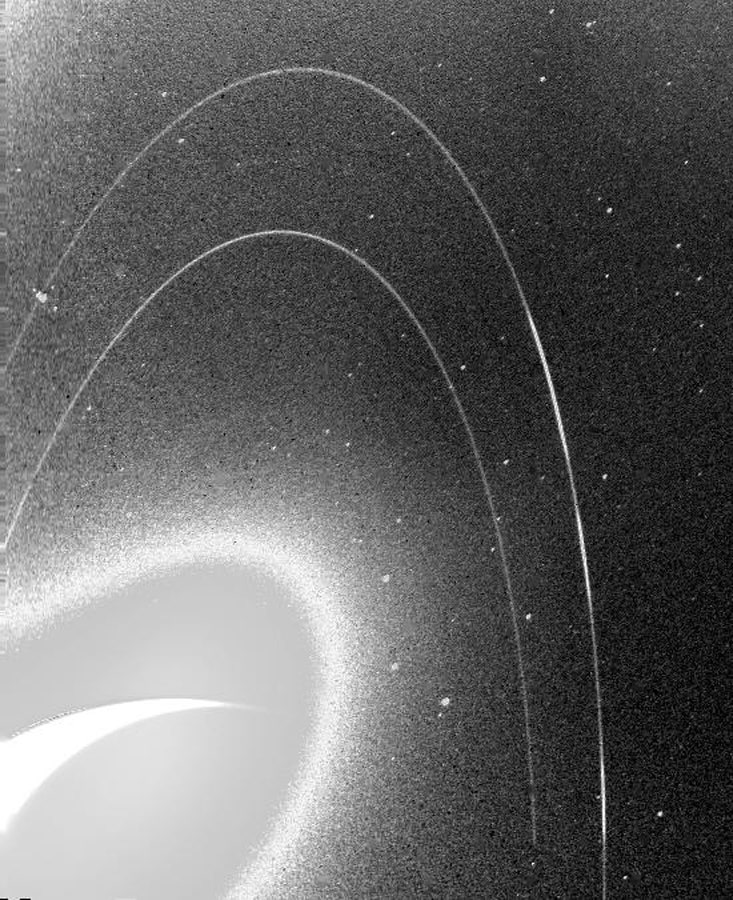 Did you know Neptune has rings? Most large planets do. Voyager 2 snapped this photo in 1989 during its flyby, and this was the first photo of said rings in detail. Like those surrounding Jupiter and Uranus. Neptune’s rings are likely made out of carbon-containing molecules that have been irradiated by the Sun and become darker as a result.NASA/JPL 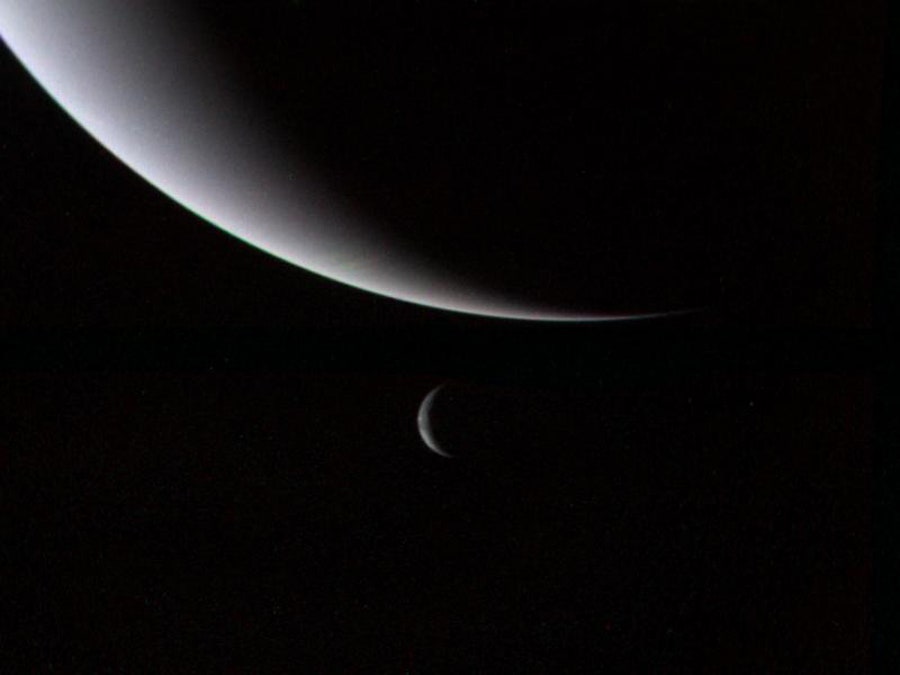 As Voyager flew by Neptune it kept turning its camera, capturing this beautiful image of a shadowed, crescent Neptune along with its moon Triton. Triton is dwarfed by the sheer size of Neptune, and the darkness of space around them and their shadow feels like a fitting ending to Voyager 2’s journey.NASA/JPL 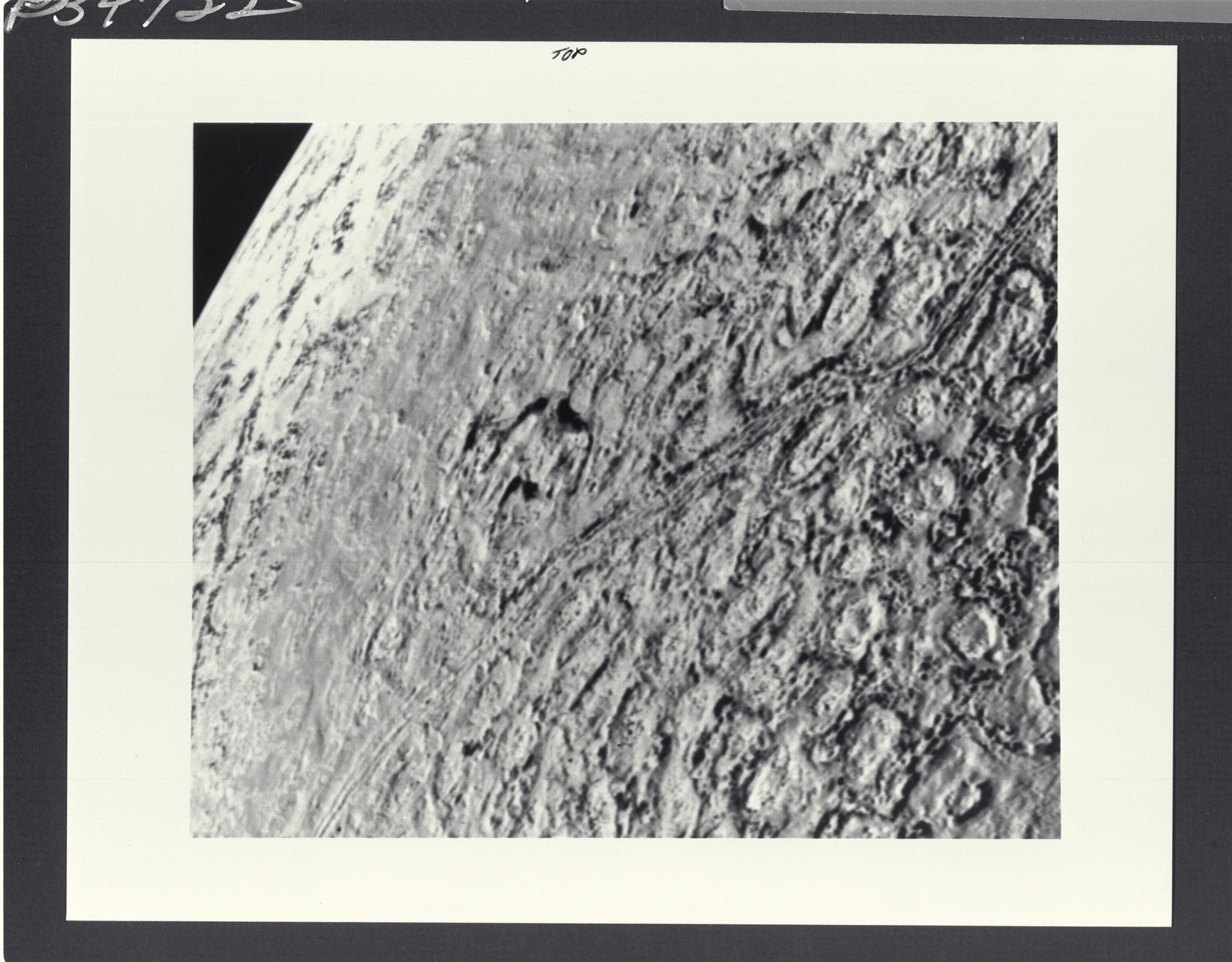 Triton from 25,000 miles away: This moon is one of the most interesting in the entire solar system. It’s covered with a snakeskin-textured terrain and even has dust devil-like plumes of nitrogen ice jutting out into space. Something else strange is happening on this desolate moon; the surface is pocked with circular depressions that don’t exist anywhere else in the solar system. Scientists suspect that the frozen substances on the surface could be sinking into the ground or melting away, but until we swing by there again, there’s no way to know for sure.NASA/JPL