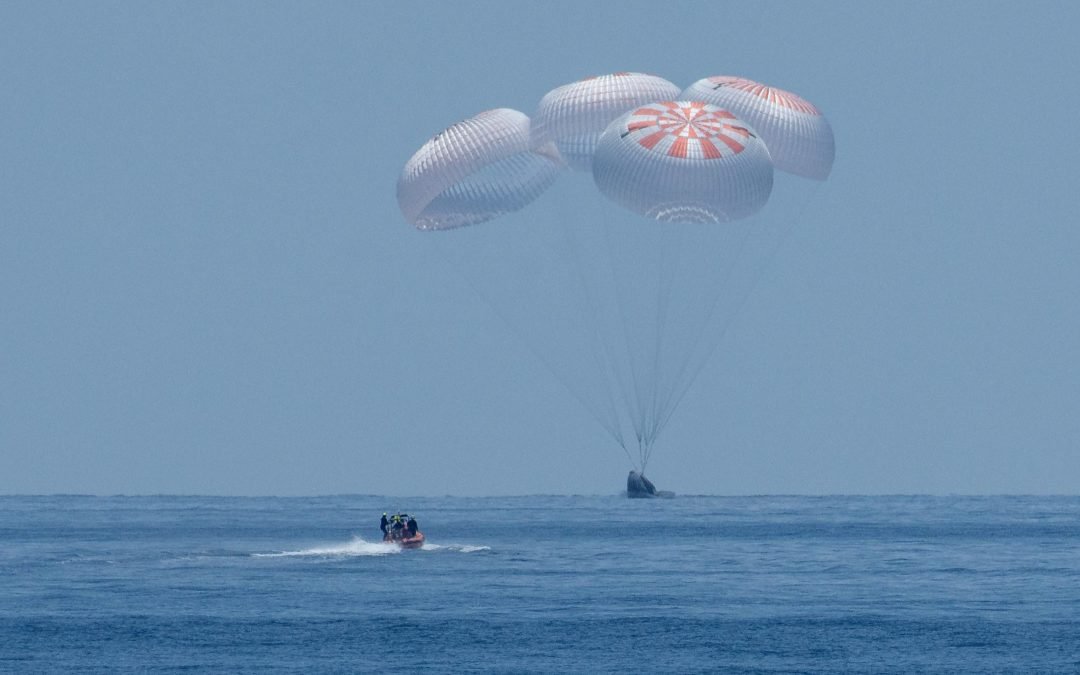 During the descent, the capsule’s heat shield experienced temperatures above 3,500 degrees Fahrenheit as it used the atmosphere as a brake to reduce its speed from 17,000 to just 350 miles per hour. Once the capsule was about 3 miles above the surface—half the cruising altitude of a passenger jet—it deployed its small drogue parachutes as additional brakes. When it was only a mile above the waves, the capsule deployed its main chutes and drifted lazily to the surface. 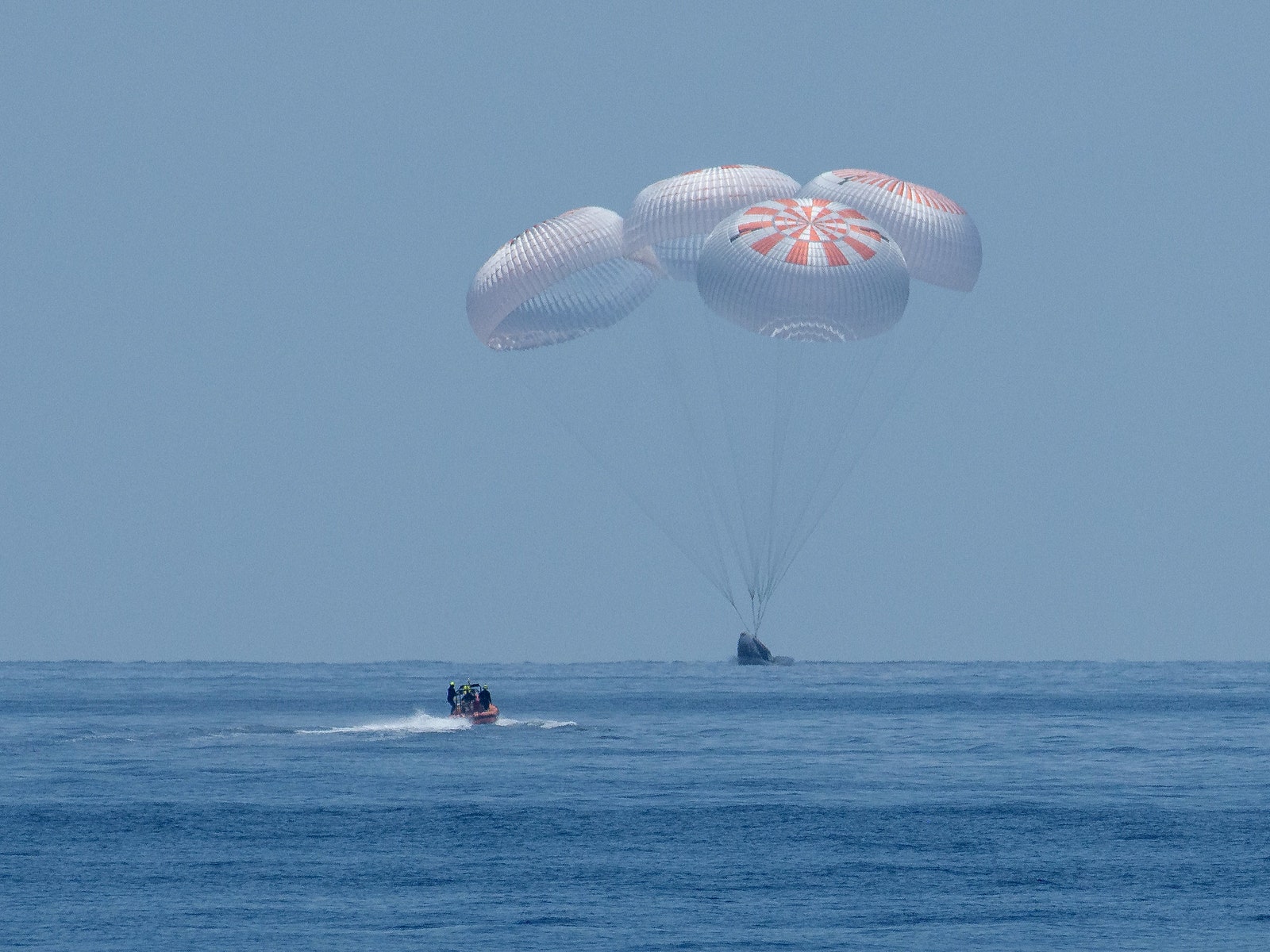 The SpaceX Crew Dragon Endeavour spacecraft is seen as it lands with NASA astronauts Robert Behnken and Douglas Hurley onboard in the Gulf of Mexico off the coast of Pensacola, Florida, Sunday, Aug. 2, 2020.Photograph: Bill Ingalls/NASA

“After splashdown, what I think of as the ‘SpaceX Navy’ go in and recover the crew,” Benji Reed, the director of crew mission management at SpaceX, said during a press conference last week. SpaceX deployed two boats—Go Navigator in the Gulf of Mexico and Go Searcher off the eastern coast of Florida—to lead the recovery effort; each boat is staffed with more than 40 crew members from SpaceX and NASA.

Once Behnken and Hurley are safely onboard Go Naviator, they will be subjected to a thorough medical screening. Within four hours of splashdown, a helicopter will drop them off at Kennedy Space Center where they’ll board a plane to fly to NASA’s astronaut headquarters at Johnson Space Center in Houston, Texas. As for the capsule itself, it will be restored at a SpaceX facility in Florida and used again for another crewed mission next spring. “We should be able to have Dragon refurbished and ready to go in just a matter of a couple months,” Reed said. “Almost all of the vehicle is totally reused and is designed for at least five reuses, possibly even more.”

Behnken and Hurley are now the newest members of an exclusive club of just seven astronauts who have ever test-piloted a new spacecraft. And once NASA has had a chance to review the data from the Demo-2 flight, the SpaceX Crew Dragon capsule is expected to become only the fifth American—and first commercial—spacecraft to ever be certified for human spaceflight. It’s a big deal, but NASA’s Commercial Crew Program is just getting started.

Assuming that everything checks out from the Demo-2 mission, SpaceX is expected to begin regularly shuttling astronauts to and from the space station as early as September. “The important thing after landing will be to review all the data from this flight,” Stich said during a press conference last week. “We’ll go through that data methodically and make sure we’re ready to start operational flights.”