SPOILER ALERT: Spoiler Alerts Are Making Us All Stupid 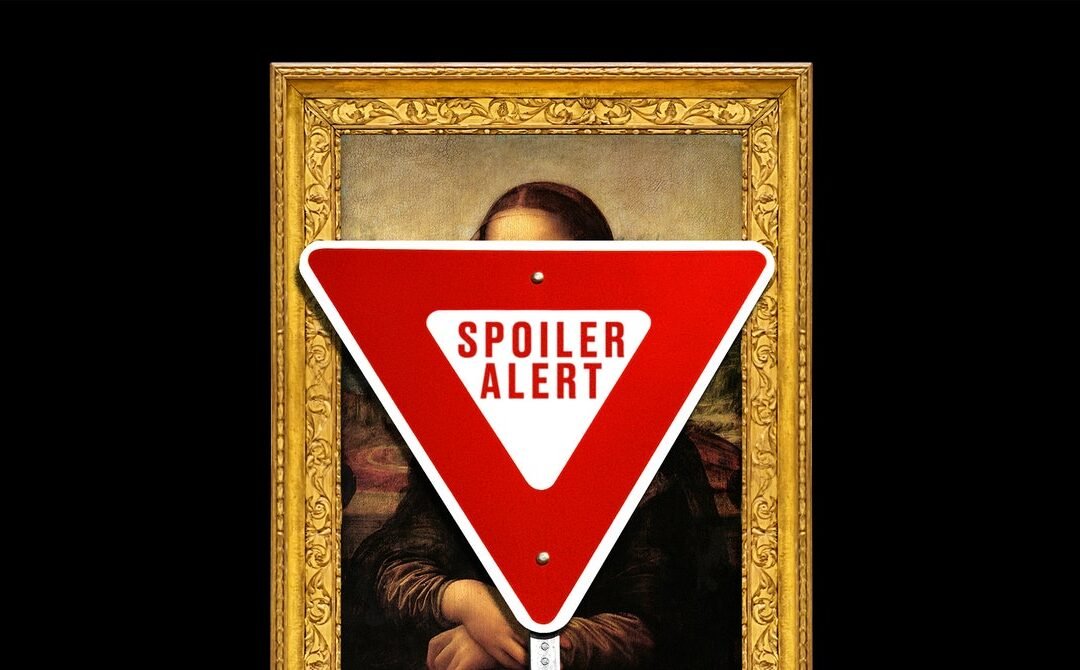 Roger Ebert was a dick. Is, in death, still a dick. Back in 1989, he reviewed, among other things, Dead Poets Society. He gave it two stars—but that’s not the worst of it. The worst of it was this: “The father is a strict, unyielding taskmaster, and the son, lacking the will to defy him, kills himself.” Kills himself? When I read that as a kid, excited for a screening at school the next day, I assured myself the suicide would happen at the beginning of the movie. Wrong. Said son, Neil, kills himself much nearer the end. So I spent most of class knowing it would—waiting for it to—happen. I’ve never forgiven Ebert for that unforgivable, as we now call it, spoiler.

I, like everyone, hate spoilers. They’re a special kind of soul-crushing. You do everything you can to avoid them, only to fall victim to a stray tweet, a loaded headline, an overeager Wikipedia editor. Or, on occasion, a devilish prank. On the day the last Harry Potter book came out—July 21, 2007—someone called my cell phone at 3 in the morning. For whatever reason, I answered. There was heavy breathing, and then two sickeningly voice-distorted words: “Hermione dies.” Click. Psychologists would refer to this as formative trauma. To this day, I have no idea who it was.

Hermione does not, of course, die. She very much lives, and goes on to snog Ron till some unwritten, presumably much-further-off death does them part. But how was I to know that? I read all of Deathly Hallows convinced that this—no, this—wait, here it comes—surely it must be now!—would be the part where Hermione would finally snuff it. Such is the proleptic agony of the enspoiled condition. Spoilers loom like shadows over a story, blotting out the light of possibility, ever announcing, Thanos-like, their horrible inevitability.

There’s only one tool in the fight against that darkness, and you know it well: the SPOILER ALERT! The phrase dates back to the ’80s, when early computer geeks came online and realized some of their newfound peers had seen more Star Trek and read more comics than they had. In order to protect themselves from unwanted knowledge—like just how inevitable Thanos might be—they requested spoilers be formally alerted. Nearly half a century later, the practice has become so commonplace in nearly all writing about film, books, and TV that to make even coded references to possible major plot points is to prod the social internet into attack mode. We are all living, in other words, in the shadow of some teenage nerd’s angst.

The obvious question spoiler alerts raise is this: What’s so scary about knowing what happens? About knowing, ultimately, how it ends? Nobody freaks out about beginnings. Actually, that’s not true. Beginnings freak people out for separate reasons. Think about artists, perpetually unsure of how to start their sure-to-be-great work. The intro of a song, the opening shot of a film, a journalist’s lede—you can practically see the blood beading at their temples as they struggle to commit to one path or another. The fantasy writer Patrick Rothfuss went through something like 40 drafts of the first page of his book The Name of the Wind. Janet Malcolm did a version of the same thing when she profiled the artist David Salle. In the end, that’s all she published in The New Yorker: “Forty-One False Starts.” We’re a society obsessed with origin stories, with beginnings.