‘Spree’ Is Nasty, Clever Satire for the Influencer Era

It’s a scene that’ll be familiar to anyone who has lost a few hours to YouTube: A blandly handsome young man smiles and adjusts his camera. “Hey guys,” he greets the screen. “What’s up?”

He introduces himself. He’s Kurt Kunkle, a self-identified influencer and “content creator” living outside Los Angeles. Played by Stranger Things star Joe Keery, he’s the narrator of the new film Spree, which follows Kurt’s plan to go viral. He’s been diligently documenting his life for more than a decade, and even though one of his former babysitting charges has achieved online fame as a prankster gamer, Kurt’s not well known yet. Or known at all. He’s just been “posting content in obscurity.” Beneath his resolutely cheerful demeanor, he’s sick of failing to find an audience. So he conjures up a simple, awful scheme he calls #TheLesson: Kurt will kill his ride-share passengers, live-streaming their deaths to gain fans.

At the beginning of his ride, Kurt tells his audience he wants to give them a “trigger warning.” Might as well give a caveat—and spoiler alert—myself before describing what goes down. Spree recreates a fictional mass murder from start to finish, with the killer as eerily affable guide. As such, it’s a deliberately lurid viewing experience. Director Eugene Kotlyarenko uses a mix of GoPro footage from cameras placed within the car, as well as shots of Kurt’s screen and livestreams from various characters. This visual framework positions the viewer as part of the growing online crowd tuning in to the carnage. (The audience can even see comments from the other digital gawkers, and stats on how many others are watching.) With Kurt in the driver’s seat, the narrative can also feel like watching a zippy videogame livestream. And its casting choices compound the sensation that Kurt is moving through a gamified reality; many of his passengers are “I know them from somewhere” quasi-famous types like Mischa Barton, Lala Kent, and Frankie Grande. Watching Spree, it’s easy to get curious about how far he can go.

This all creates a queasy feeling of complicity. Doubly so because Kurt resembles several real-life mass murderers, including Elliot Rodger, who killed six people in Southern California in 2014 and left behind a macabre digital footprint, and Jason Dalton, an Uber driver who murdered six people in 2016. The film’s grim ending suggests that #TheLesson succeeds, and Kurt becomes valorized by certain segments of the internet in the same way that Rodger became the “patron saint of online misogynists” after his death.

Was Spree engineered to stoke that hoary old debate over whether films about violent misfits are too dangerous to watch? Maybe. In addition to echoing real-life killers, Kurt also takes cues from some of the most controversial figures in the male rage canon. Like Patrick Bateman in Mary Harron’s American Psycho, Kurt’s obsessed with facades, and creepily funny. Bateman agonized over the relative tastefulness of business card fonts; Kurt gets genuinely anguished when another influencer doesn’t have consistency in her camerawork. Like Travis Bickle in Martin Scorsese’s Taxi Driver, he traverses a great American city in a delirious drift, delusions tipping into violence. Like the Joker, Kurt delights in sowing chaos, and Kurt shares his dreams of a rapt audience with Joaquin Phoenix’s Arthur Fleck. Tonally, though, Spree is far apart from most gritty modern reimaginings of Batman’s foe. Joker is solemn, while Spree winks. Its arch, sometimes campy tone makes it clear that the goal is to make Kurt’s mindset look more repulsive than pathetic. 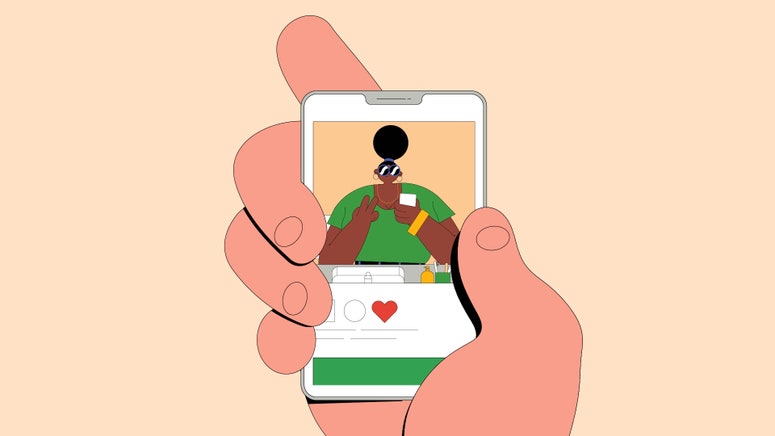 The WIRED Guide to Influencers

Everything you need to know about engagement, power likes, sponcon, and trust.

Anyway, the chief subject of Spree is internet fame, not toxic masculinity. More than any other cinematic figure, Kurt resembles Suzanne Stone, the conniving weather woman played by Nicole Kidman in Gus Van Sant’s 1995 film To Die For. Suzanne’s dead set on becoming a nationally renowned broadcast journalist, and she’s willing to kill to achieve her goal. Keery plays Kurt with the same flavor of cold, oddly charming desperation that Kidman’s striver exudes, and a similar disinterest in the private self. (“What’s the point of doing anything if no one’s watching?” Suzanne wonders—a point Kurt echoes repeatedly on his spree.) Like Suzanne, Kurt sees violence as a means to an end, and cannot fathom the purpose of life without an audience. They’re imagining different demographics looking at them, but life is indistinguishable from performance. While Suzanne adopts the language and mannerisms of the anchorwomen of her time, Kurt internalizes the jargon of influencer marketing, babbling endlessly about metrics and enthusing over his “rig” of cameras. Even when his methods grow more gruesome, it’s in pursuit of more engagement rather than an internal hunger for gore. The people around him are props. One notable exception: Jessie Adams (Sasheer Zamata), a standup comic who finds her day unexpectedly intertwined with Kurt’s. At first, she enters the film as a foil to Kurt, but she ends up echoing Suzanne, too. Jessie swears off social media in a pivotal scene, convinced it’s corroding her soul—but, just like Kurt and Suzanne before him, she ends up enamored with who she is on other people’s screens.