Star Wars News: But Really, What Are Sith Troopers? 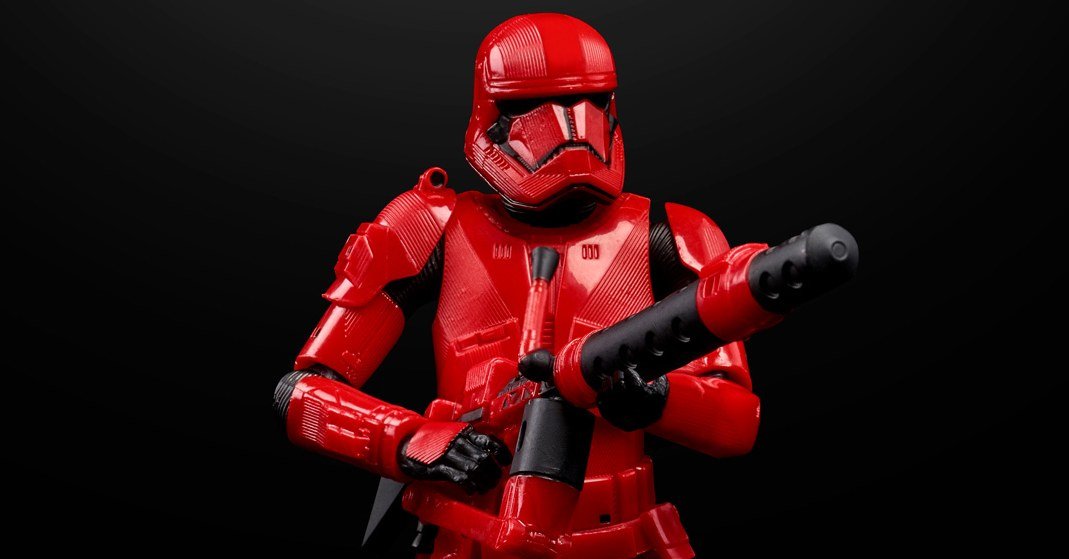 The end is nigh—or, at least, a little bit more nigh than it was last month. Now that August is here, there are only four months left to go until the release of Star Wars: The Rise of Skywalker, which means that a lot of people are talking about specifics of how the Skywalker Saga could wrap up—and some of the theories sound pretty convincing. Elsewhere, the first full Star Wars theme park underwhelmed in terms of visitors, but you’ll be able to take some of it home with you if you have a brave enough stomach. Looking for more news from the galaxy far, far away? Read on.

The Sith Troopers Are the True Villains of the Next Movie

The Source: Rumors from unknown sources

Probability of Accuracy: At this point, with everything that’s known, it’s 50/50 at best.

The Real Deal: Even though they were officially introduced just before Comic-Con International last month, many mysteries remain about the Sith troopers. Who are they? What are they? Where did they come from? Now, a new post on Making Star Wars has a theory, informed by rumors from unnamed sources: The Sith troopers, it declares, are part of a previously unknown fleet loyal to Emperor Palpatine that has been hidden in the outer limits of the galaxy for years, returning to deal with an unsuspecting threat posed by … the First Order, of all things. Or, more specifically, Kylo Ren, who might have plans for a device created by Palpatine the Sith troopers don’t like. Conceptually, it checks out and would even open up space for the rumored Kylo redemption (more on that below), but it also sounds a little too fanfic-ish for the current generation of Star Wars movies. Then again, Star Wars: The Force Awakens is nothing if not a love letter to George Lucas’ original, so perhaps a fanfic final chapter would be fitting.

No, Really, Fans Might Get to Meet One of Rey’s Parents

The Source: Speculation based on paying close attention

Probability of Accuracy: This one holds water, but still makes a pretty big assumption or two, so call it … 60 percent likely at best.

The Real Deal: Keeping with the theme of informed fan theories, Making Star Wars is also suggesting that the ship that audiences have seen abandoning a young Rey in flashbacks reappears in the teaser trailer for Rise of Skywalker—and that the ship belongs to Keri Russell’s character from the movie, Zorri Bliss. If nothing else, this theory offers a smart middle ground for those who didn’t like The Last Jedi‘s assertion that Rey’s parents were nobodies and those who wanted a more dramatic reveal: What if Rey’s parents were nobodies—who then became more interesting and important to the conflict (and the larger story) after they abandoned their daughter? Of course, right now none of this is even close to confirmed, but as the solution to a long-running narrative problem, it’s good enough to make some fans want it to be the case.

The Force Awakens Already Laid Out the End of Kylo Ren

The Source: One very hopeful Redditor

Probability of Accuracy: The prediction is very likely, even if the method of deduction feels far more improbable.

The Real Deal: Did Star Wars: The Force Awakens set up a redemption for Kylo Ren in the upcoming Rise of Skywalker? One fan on Reddit believes so, arguing that Han Solo saying that his son “has too much of his grandfather in him” is a direct reference to Uncle Owen saying that Luke Skywalker “has too much of his father in him” in the original Star Wars. Luke, as we know, ended up being a good guy, and even Anakin/Vader redeemed himself in the end. Does this mean a similar redemption arc awaits Kylo? Or was the line in The Force Awakens simply foreshadowing that Ben Solo was going to stay Darth Vader for a while longer? Fans will find out in December.

The Source: Disney itself, via an earnings call

Probability of Accuracy: This one is entirely accurate, in that it comes from Disney’s CFO and CEO themselves.

The Real Deal: Was the opening of Star Wars: Galaxy’s Edge at Disneyland in Anaheim bad for business? On an earnings call last week, the company admitted that attendance at the California resort was down this year compared with last, with CFO Christine McCarthy saying that attendance at Walt Disney World in Florida was also dipping as potential visitors seemed to be holding off in favor of waiting for that park’s Galaxy’s Edge to open. Disney CEO Bob Iger put a positive spin on what was happening, saying, “There was tremendous concern in the marketplace that there was going to be huge crowding when we opened Galaxy’s Edge and so some people stayed away,” adding, “all the local hotels in the region, expecting an influx of visitation, raised their prices. So it simply got more expensive to come stay in Anaheim.” He remains confident that all will be good soon enough, though. “We feel great about the product,” he said. “It could just take some time for things to work themselves out.”

The Source: Official PR from Disney and Insight Editions

Probability of Accuracy: It’s an official announcement, so it doesn’t get more accurate.

The Real Deal: Here’s something that might lure in those who aren’t convinced by Galaxy’s Edge yet: A cookbook inspired by the attraction. Insight Editions will publish Star Wars: Galaxy’s Edge—The Official Black Spire Outpost Cookbook this fall, with writers Marc Sumerak and Chelsea Monroe-Cassel (the woman behind official cookbooks for World of Warcraft and Game of Thrones) offering up recipes from all over the galaxy. It’s also, surprisingly, an in-canon part of Star Wars lore, in that it’s written from the point-of-view of Strono “Cookie” Tuggs, the former chef of Maz Kanata’s castle as seen in Star Wars: The Force Awakens. The book will be released November 5.