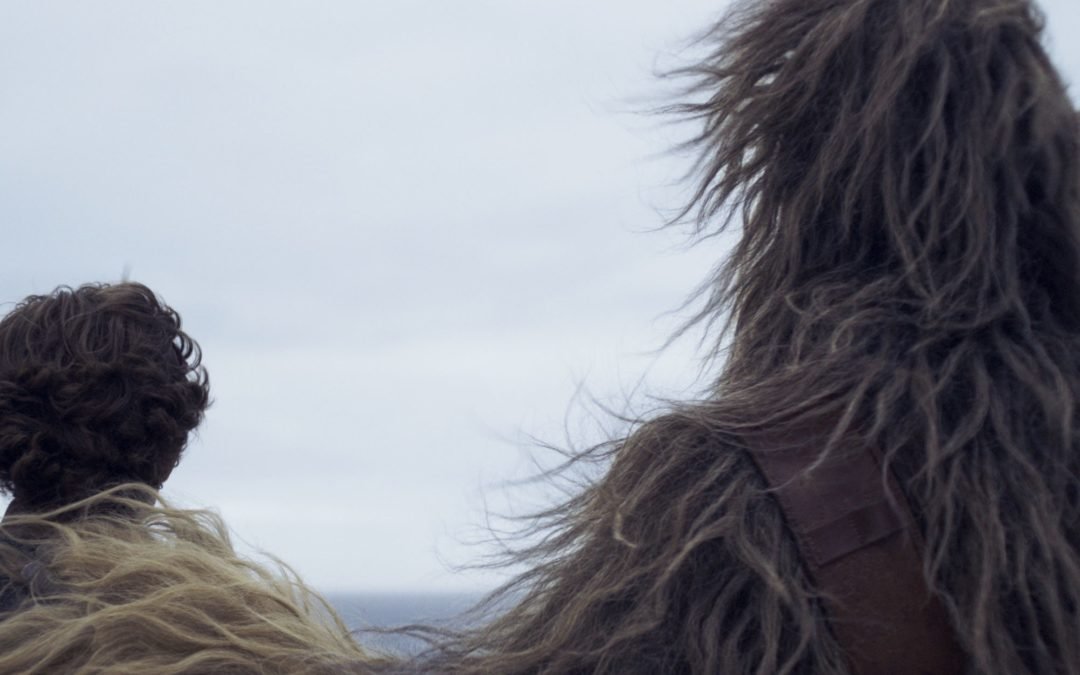 Following a down period for rumormongering around December’s Star Wars: Episode IX, things have really picked up in the last couple of weeks. Now all kinds of potential plot points, costume designs, and even maybe-possibly-kinda movie titles are being thrown around with wild abandon. Fans won’t know for sure until the end of the year, but if all of these leaks are true this might go down as the most revealing two weeks in the run-up to Episode IX‘s release. Read on to see what you may have missed.

Is Episode IX‘s Title Actually Balance of the Force?

Probability of Accuracy: All things considered, it’ll likely be proven incorrect in the long run.

The Real Deal: There was much buzz a few weeks back that Disney boss Bob Iger was going to announce the title of Star Wars: Episode IX on an investor call, just like he announced Rogue One’s title back in 2014. It didn’t happen, much to many people’s chagrin, but that didn’t stop someone on Reddit from claiming to have discovered the name by poking around on the official Star Wars site. That title, according to the theory, was Star Wars: Balance of the Force. Considering the movie is the finale for the series, that name would make a lot of sense (it also happens to be the title of a pinball game). Lucasfilm is staying quiet about whether the title is real—and frankly is likely to remain silent until Star Wars Celebration in April—but it should be noted that maybe only one man knows the title, according to Dominic Monaghan, who’s making his franchise debut in the film. Stay tuned.

A New Look for Old Lando

The Source: Once again, someone on Reddit with connections

Probability of Accuracy: These seem to be legit, if not necessarily visually clear.

The Real Deal: Speaking of Episode IX spoilers on Reddit, someone on there shared what looked like costume reference and concept artwork and photos for new and returning characters, including Kylo Ren wearing a repaired helmet, a new robot to cause trouble for BB-8, and the first glimpse of Old Lando Calrissian, wearing an outfit not unlike something that Donald Glover was wearing in Solo: A Star Wars Story. Is that synergy, or just someone being really into yellow shirts? Let’s hope it’s the latter. (For those wondering what can be learned from the images: Nothing much, to be honest, but Star Wars continues to look like Star Wars, which is probably for the best.)

Episode IX Might Bring Both Sides Together for a Quest

The Source: Anonymous sources who claim they know things

Probability of Accuracy: This one is difficult to rate one way or another, so let’s say even odds.

The Real Deal: Strangely enough, new rumors are starting to circulate suggesting that a significant portion of Episode IX will involve both the Resistance and the First Order in a quest to find some kind of mysterious object. (It’s a J.J. Abrams movie, there’s bound to be a mystery box somewhere.) There are also, interestingly, rumors suggesting that the quest might not involve the First Order and Resistance working at odds, but actually coming together in the face of a threat that puts both sides of the conflict on the back foot. It should be remembered that there is little, if anything, to back up these rumors, so they shouldn’t be taken as gospel by anyone. But, on the off chance that Abrams and/or anyone else at Lucasfilm wanted to redeem Kylo Ren as the series heads toward its climax, bringing him in league with the light side of the Force and giving him the opportunity to do something good for a change is an obvious way to make it happen.

Probability of Accuracy: As with the last item, who can tell at this point?

The Real Deal: In case you were wondering what kind of threat could unite the Resistance and the First Order, there’s a rumor for that, too—and it’s a good one. For some time, fans have been wondering whatever happened to the Knights of Ren, the mythical order that Ben Solo’s new name came from. Now there’s speculation swirling that they might be that threat, having returned from the Beyond—a Star Wars mythology term for what may be the afterlife of the Sith, judging from its usage in the Star Wars: Aftermath series of novels—with a mysterious new agenda. (Alternatively, the Beyond may simply refer to whatever is outside the Outer Rim, and therefore the known galaxy.) It’s been rumored for some time that the Knights of Ren would play a part in the new movie, but this latest iteration of the rumor—that their return isn’t exactly good news for Kylo—would be an interesting wrinkle if it turned out to be true. It would also open up space (no pun intended) outside of the galaxy for future movies to explore. Does that mean we should put stock in this rumor that it wouldn’t otherwise earn? We wouldn’t go quite that far just yet, but it’s worth considering.

The Source: One more time: Anonymous sources with a seeming in at Lucasfilm

Probability of Accuracy: We can only hope that this isn’t as accurate as Occam’s razor would suggest.

The Real Deal: Bad news for those hoping for a lot of Lando in the final movie of the trilogy: Fan site Making Star Wars is reporting that apparently he only has a glorified cameo in the movie as an information broker similar to the role Maz Kanata (Lupita Nyong’o) played in Star Wars: The Force Awakens. That would be a disappointment if true—yet not exactly a surprise, if you think about how original trilogy characters have been treated throughout the new trilogy as a whole. Hell, if Lando makes it out of Episode IX alive, that’s going to be a win for a lot of people. Please don’t kill Lando, J.J. Abrams. We’ll stop asking about the movie title, promise, just leave Calrissian alone.