‘Star Wars: Squadrons’ Is the Soaring Antidote to Force Fatigue 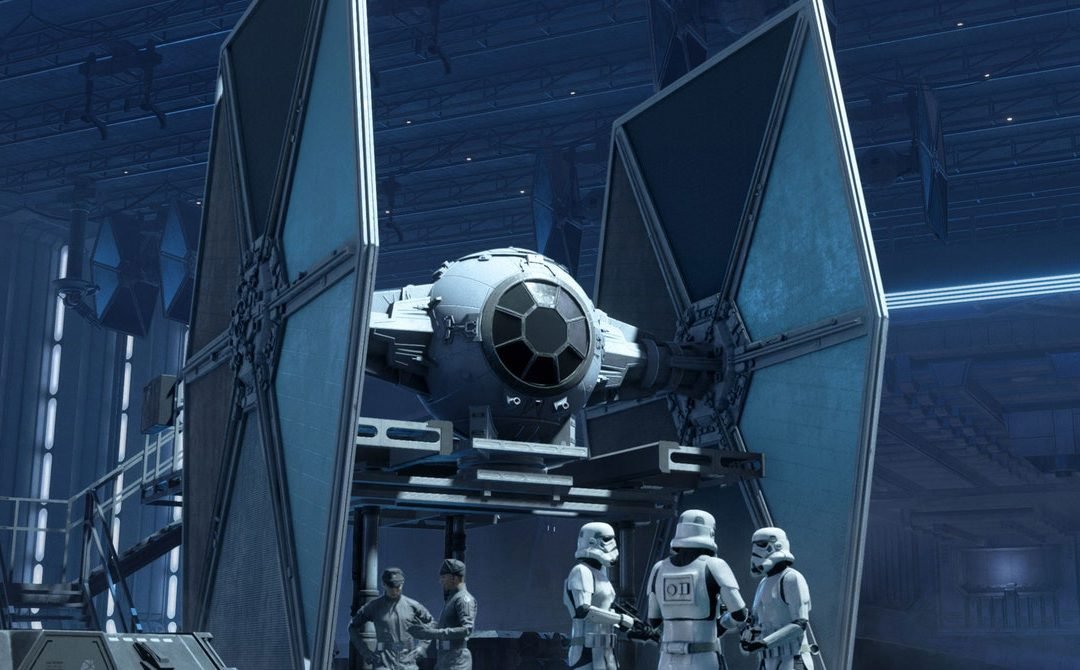 You may have seen this meme: Along with the quote “I grew up here,” people posting images of their cherished virtual spaces—some chose their favorite Halo map, others a scene from a Zelda game. If I were to show my personal playground, it’d be the inky black of space as seen from a pixelated B-wing cockpit.

As a kid, I was obsessed with the Lucasarts classics Star Wars: X-Wing and TIE Fighter. This celebrated ’90s series mixed the spaceships of the Star Wars franchise with the interface of a flight simulation game, letting players experience the Galactic Civil War from the pilot’s seat.

Campaign mode is a tad on the short side, unknown if this is it or if DLC will add content in the future

Now, EA and Motive Studios are trying to recapture some of that old magic. Star Wars: Squadrons brings starfighter action back to modern consoles and the PC after decades of waiting. After all, if you wanted to swing a lightsaber or shoot blasters at stormtroopers, a variety of games catered to you. Heck, even in recent Star Wars media, we have bounty hunters galore and the Rise of Rey “All the Jedi” Skywalker–with pilots getting short shrift. So it’s high time us spaceship nerds get a piece of the action.

This title greatly expands on something I thought was fun on its own—the space-based Starfighter Assault mode in 2017’s Star Wars: Battlefront 2 programmed by Motive. Thankfully, except for a few obviously reused models and music stings, this game is so much more than gussied-up Battlefront 2 DLC. Its solid single-player campaign and fun multiplayer modes make this new title a must-buy for dogfighting devotees whether or not they’re Star Wars fans.

Though the campaign mode story begins during the events of Star Wars: A New Hope, the bulk of the story takes place after Return of the Jedi, with the Empire on the back foot, while the Rebels find themselves building a new government—along with a new fleet of capital ships. This is a period in galactic history that is still somewhat underexplored in Star Wars media until relatively recently (ahem, The Mandolorian, ahem).

You’ll get to take on bombing runs, escort duty, and even menial tasks like scanning vessels for cargo. One of the final missions gives you your own big Death Star trench moment, flying an impossible mission which I won’t spoil.

As the story unfolds, you bounce between both sides of the conflict, flying for Vanguard Squadron on the Republic side, and Titan Squadron for the Imperials. While there are short cutscenes, you can also talk to your wingmates as you make your way to the next mission’s briefing. Although the lack of dialogue trees makes it less-than-interactive, it’s still a way to glean additional context. Motive has created a new batch of characters worthy of the franchise, and who look and sound so intriguing you’ll want to learn more about at least a few of them.

What I found impressive is that I never got restless between battles—everything about Squadrons feels well-optimized to waste as little time as possible. Even the generous checkpoint save system will dump you right back into battle without having to reload the entire level after you die. This made all the difference when playing on an OG Xbox One console, which definitely is showing its age when it comes to AAA game load times.

Lest you think that this is an arcade-y shoot-em-up in the vein of Star Wars: Rogue Squadron on the Nintendo 64, Squadrons spends a ton of time teaching you its deep control scheme. Seriously, every time I thought I’d learned every button combo and command, it’d spring another one on me. Perhaps the most important thing you learn is how to balance your fighter’s systems—depending on the situation, you might need more speed or stronger shields, and you’ll be able to readjust the ship accordingly with the push of a button and the flick of a stick.

I can hear the more hardcore flight sim nerds scoffing at the idea of using a controller. That’s why both consoles support select HOTAS systems, letting you fly with a joystick and throttle. Naturally, the PC lets you use just about any compatible joystick or HOTAS setup. Although I didn’t use any of these alternate input modes during my time with the game, I’d love to try a joystick at some point. Motive did an admirable job making Squadrons playable with a gamepad, but more buttons might be better in this case.